Earlier this week our oldest son, Paul, called to see if we’d be free for a little Mother’s Day adventure. Well, of course! All I was told was to wear they same type of clothes I’d wear to church (which could mean anything), bring my camera, and a jacket, in case it’s chilly. So, as soon as church was over we got in the car and started to drive. I had some thoughts of what the surprise adventure would entail, but as we drove and drove, each idea was squelched. Hmmm, where could we possibly be heading? Of course, my first question was, “does this include food of any sort?”

My daughter-in-law, Erin, told me that Paul will sometimes take her on surprise destination dates and that I am much better at not asking questions regarding the target location. She seemed to enjoy being “in the know.” We were quite a few miles north of our starting point, and as we started to head east, Erin kept asking, “have you figured it out yet?” And truly, I hadn’t. Now, had I known that in Taylor’s Falls there was a company that provided river boat rides on the St. Croix, I might have figured it out a bit sooner, but without that knowledge, I was clueless. I was worried for a bit that we were going to float down the river in inner tubes! Brrrr! It wasn’t until I saw a billboard about five miles from the embarkation point that I began to wonder if this was the intended surprise.

Sure enough, brunch on a St. Croix river boat was my Mother’s Day gift from Paul and Erin. We had a great time, and saw some spectacular views, but the best part of the day was being able to spend it with at least a couple of our kids.

I am so blessed that many years ago God entrusted me with three great boys, and has since added to our family with two beautiful daughters-in-law. Though they don’t all live close enough to join us, I did get to talk to each of them. Of course, I wasn’t sure if son #3 called to tell me Happy Mother’s Day or to have me help him solve his broken down car issue, but still, it was good to talk to him. 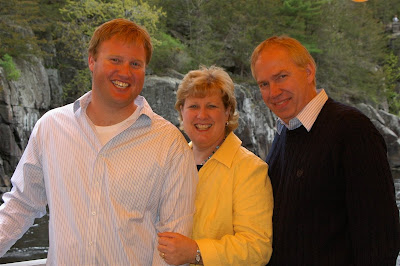 Paul, me, and John as we begin our cruise. 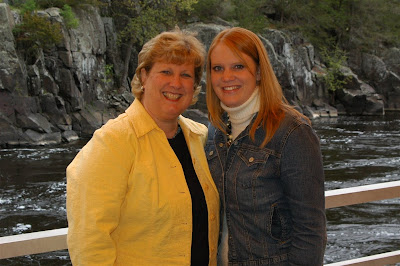 My sweet daughter-in-law, Erin and me. 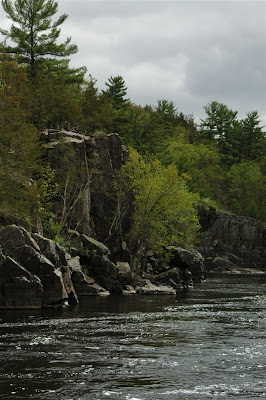 I took more than a few scenery photos! 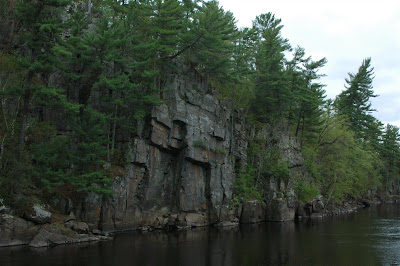 If you REALLY use your imagination, this spot in the rocks along the St. Croix River looks like a cross. According to our river boat captain this cross inspired the name of the river. Sometimes I think tour guides make stuff up. Let’s just say a Google search did NOT come up with any such information. 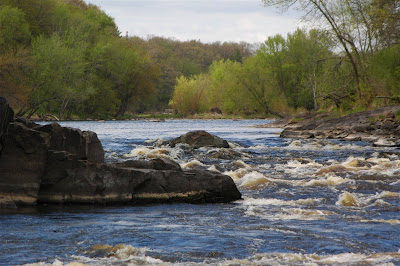 It appears as though John is certain the day was planned just for him! He’s thinking this will be a great spot to go back to for fishing later this summer. I think Paul may be off the hook for Father’s Day!

All in all, it was a beautiful way to spend the day. Thank you, Paul and Erin!