Today is our 34th wedding anniversary. When we woke up this morning I asked John if, when we got married 34 years ago, he could possibly have imagined that we’d be spending one of our anniversaries in Russia. Truth be told, if he’d said to me on our wedding day, “In 34 years, I want us to take a mission trip to Russia,” I would have said “see you later, dude! I’ll look for a more sensible man.” It still amazes me how God can move a person’s heart!

This morning we went to church. We were told to expect that the service would last longer than an hour. I have to admit that I was not excited at the prospect of sitting in church, for longer than usual, listening to a service in a language I couldn’t understand. But, the truth is that church was awesome! John and I were both moved to tears more than once. I’m trying to find the words to describe what it felt like to stand there, with people from another country worshipping the same God. Somehow it seemed like a glimpse of people from all nations one day standing and worshipping together before the throne of God. I was shocked to look at the clock at the end of the service and find that over two hours had passed! It probably helped, too, that the interpreter translated the whole sermon for us. 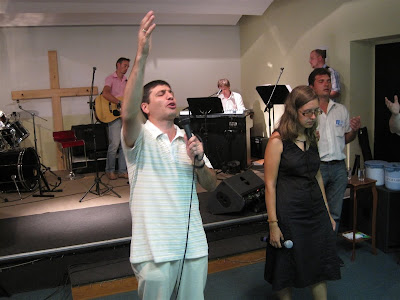 When church was over the women of the church invited us into a room for tea. There really wasn’t time in our schedule but it would have been rude to refuse, so we had tea, AND cookies, AND candy, AND all the makings for sandwiches! Russians know how to do tea!! And from there we went to lunch! The team had been promised pizza and after a week of Russian food, no one wanted to miss that!

We had a little bit of time after lunch to do some souvenir shopping. We found a plain silver ring that has a cross on it and says “save me and protect me” in Russian. I don’t normally wear my wedding ring on mission trips primarily because I don’t want to lose it, but also because when working with impoverished people, you don’t always want to flaunt a diamond in front of them. So, for $11 John bought me the ring for our anniversary. That’s why I love him. He’s so extravagant! Truthfully, it’s perfect for what I need it for and so far, my finger hasn’t turned green. I even made John put the ring on my finger like it was our wedding day. It was oh so romantic right there in the mall with people all around us.

Dinner was at a café along the river where, apparently, a lot of families take walks in the evening. I saw more strollers in the short time it took us to have dinner than I’ve seen the entire time we’ve been here. On our way to dinner we walked over a bridge called the “love lock bridge.” When a couple gets married they have a padlock engraved with their names and wedding date on it. They go to the bridge and lock it onto one of the rungs. Then, they throw the key into the river so they are “locked together forever.” How adorable is that? 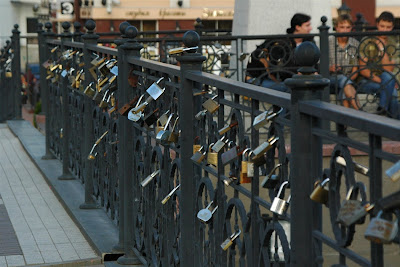 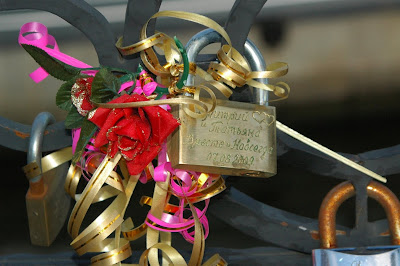 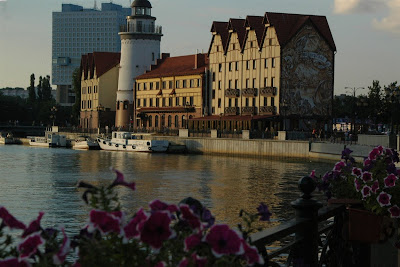 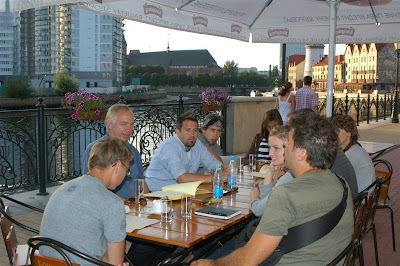 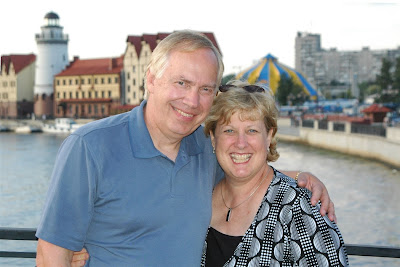 John and I wished that we had brought a lock with us for our anniversary. I think though, that after 34 years, it’s safe to say that our love is pretty well locked together for this adventure called life, with our without the padlock.