I didn’t feel great this morning when I woke up, but I wasn’t going to miss another day. I spent a good portion of the morning painting trim around three windows. Not really trim so much, as a border to highlight the window. 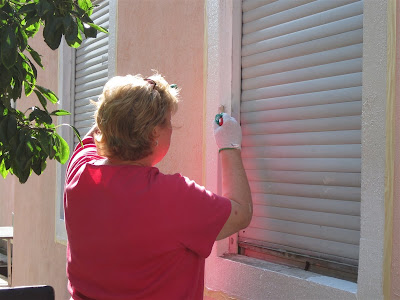 Unfortunately for me, and my not so calm stomach, these windows were right outside the kitchen window. I wasn’t sure what they were making but, by noon, I knew that eating it would be a bad idea. I sent word via the translator that I would not be able to eat lunch because I was sick (It is important not to offend the cooks by not eating, which is a challenge for me on a good day.) The cooks were so gracious and made me chicken broth, which didn’t taste much like Campbell’s, but I ate as much as I could. It seems that by the end of the day, due to my still

upset stomach, I was able to get out of having liver for lunch, and fish and beets for dinner. I never thought I’d say this, but thank you God for a sour stomach!

We had a great time with the kids today. While the little girls slept, we did nails with the older girls. They LOVED it! We even had some special silver and black liner polish so some of them got creative and drew flowers, or tips on their nails. Even the little girls got some cute pink bags with lip gloss, pens, and lotion. One of the youngest girls told me that she loved her bag! It gave her a place to put her “women” things. Cracked me up! 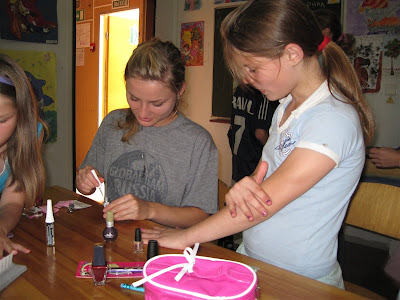 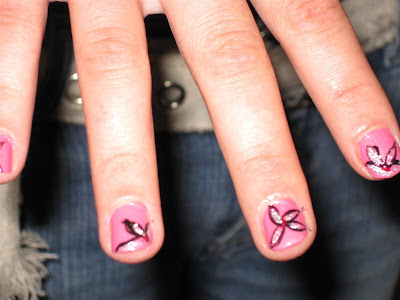 After we finished nails we did a craft project with the girls and some of the boys who wanted to join in. They painted with fabric paints on hats or caps – their choice. They all had fun and we had trouble getting them to stop. The little boy who arrived on our first day there (whose mother had just died) joined in and really seemed to enjoy himself. He is so sweet, and incredibly gifted both artistically AND in sports. 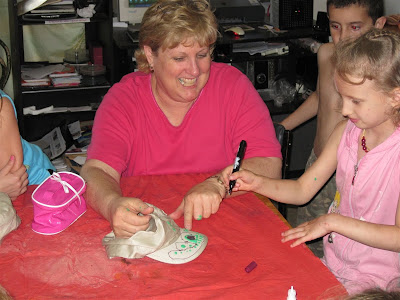 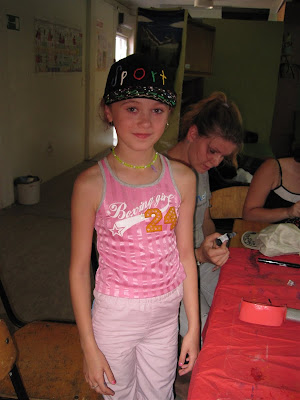 One thing that surprised me today was figuring out that one of the children who was there when we arrived on Tuesday had already moved on. There was another new girl, but apparently she just comes for the day and goes home with her parents at night. I don’t quite understand why, but I think it’s because they are too poor to feed her.

After our time of Vacation Bible School tonight, Pastor Alan (our pastor from River Valley Church who is leading the trip) told the older kids they could meet him outside if they wanted to talk. I don’t think any of them refused! They had a great discussion about what it means to forgive someone. Many of them have resentments towards their parents who have abandoned them.) Many of them have accepted the Lord as their Savior this week. I wish you could have witnessed the change in these kids. 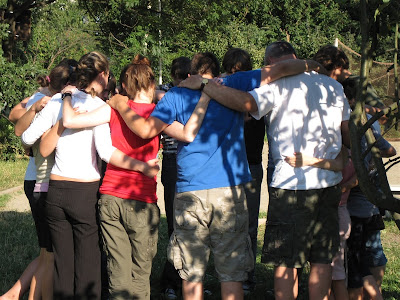 After dinner we played outside with the kids. There are a couple of little girls who talk incessantly. Of course it’s in Russian, so I haven’t a clue what they are saying. It doesn’t stop them though. I love it! One pulled me out into the yard tonight to spin her around by her arms. I was totally worn out in about three seconds! One thing is for sure, as much as I’d like to take some of these kids home, I am way past my prime parenting years! 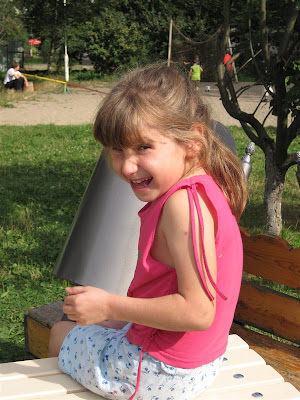 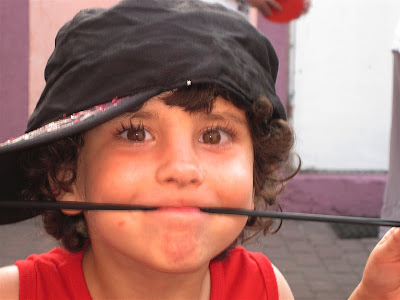 A warm shower, a little more Advil, a good night’s sleep, and I’ll be all set for tomorrow!