After each day of our mission trip to Russia, I wrote a blog post. Unfortunately, we didn’t have internet access so, for the next nine days, I will be posting the blogs in order. The following is my writing, and pictures, from day one (and technically, two.)

One thing I know for sure is that we left Minneapolis for Kaliningrad, Russia at 3:10 PM on Saturday, August 1. After that it all gets a little fuzzy. We arrived in Amsterdam 7.5 hours later (thank you God for strong tailwinds) at 5:30 AM on Sunday, and then on to Stockholm a few hours after that, arriving there at 11:30 AM, still on Sunday. We were short on sleep but also short on time in Stockholm so we dropped our bags and went to tour the Old Town area of Stockholm.

Old Town was packed with people, which made for some interesting people watching. All of the streets were old cobblestone, which are beautiful to look at but take their toll on an old woman’s feet. 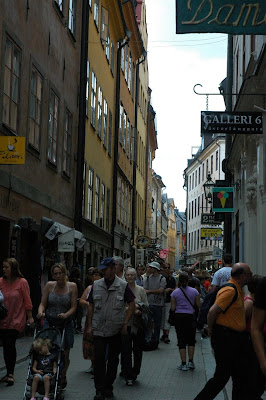 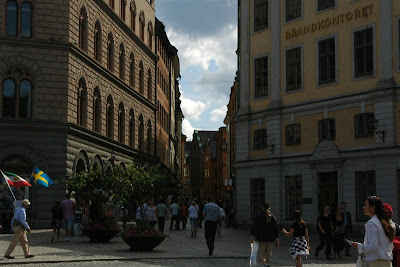 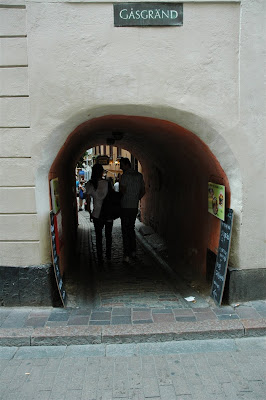 We visited the old Royal Castle but, apparently, the Swedish royalty have moved to a more remote location. Still, we witnessed the changing of the guard at the castle, which was really quite a hoot! My favorite was the hand off of the walkie-talkie. It looked so official. They did, however, have some scary looking bayonets. 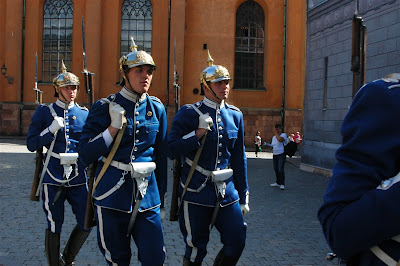 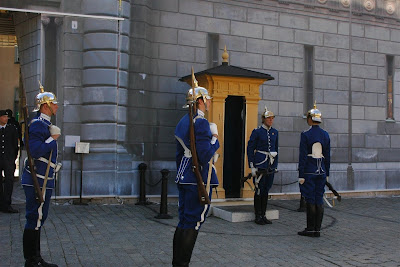 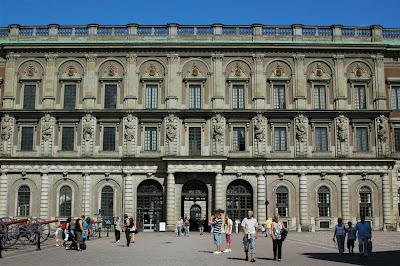 We also visited an old cathedral, which was beautiful. We were told that this cathedral is where all the royal families have their weddings. In the back corner of the cathedral was a video of a man ice skating in the buff! To be fair, it was behind a curtain made up of a bunch of thin, very thin, cords. I’m not quite sure how that fits into a church. In fact, I’m pretty certain it doesn’t. It was just . . . . odd, very, very odd. And, it begs the question, “who in their right mind ice skates in the buff, anyway?” The whole thing was quite the contrast to the signs implying a holy atmosphere that read, “Silence Please” and “No flash photography!” The architecture of the cathedral was just amazing which made the nude ice skater film seem so much more out of place. 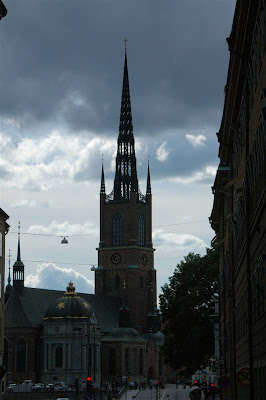 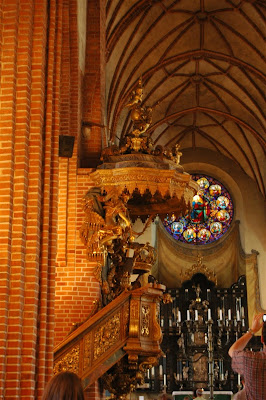 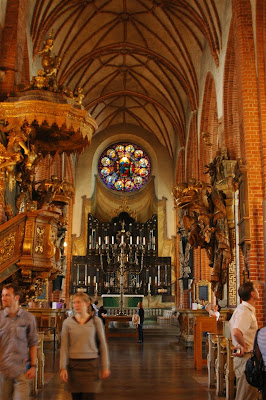 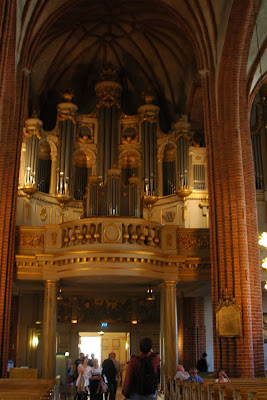 After the cathedral, our group split up for awhile so we could poke around on our own a bit. John and I walked down to the river. Don’t ask me which one. The truth is, I had no clue what I was looking at most of the time, but it was all interesting and fun to see regardless. 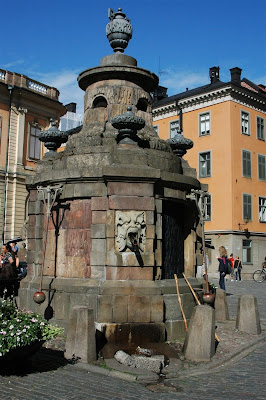 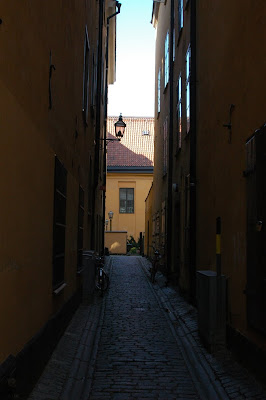 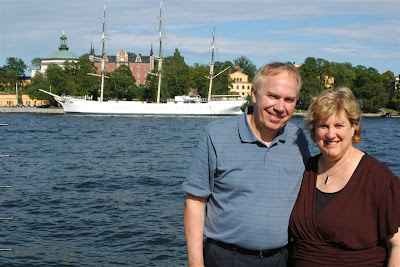 We finished up our sightseeing with a great dinner at a sidewalk café. 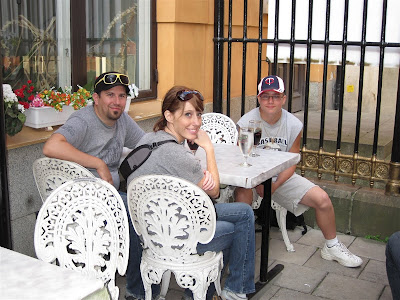 Dinner was fabulous. I don’t want to start a Scandinavian war or anything but I would have to say that in my limited experience, Swedes are better cooks than Norwegians! (Please don’t spread that around to the Holte family!) 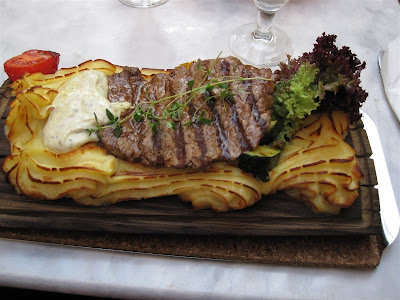 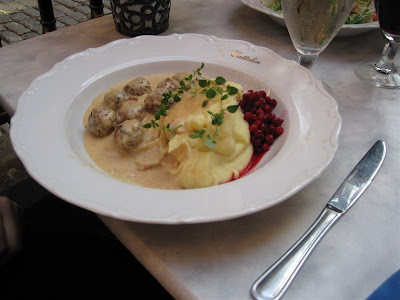 And then, finally, 37 hours after leaving home we were able to go to bed. Woo Hoo!