Following is the blog from our first day with the kids in Russia. It seems like weeks ago now!

To say we were overwhelmed when we entered the ophanage on Tuesday morning is an understatement. The orphanage workers had all the tables set up and ready for tea and cookies. The Battle Hymn of the Republic played on the computer (which I thought was an interesting choice), and later Amazing Grace. And the kids, gathered round to meet us. It was an emotional moment as we quickly fell in love with 20 kids, all in need of a home. Actually, the kids in the orphanage we’re at have been in the orphan care system two years or less. From here, they either go to another orphanage, a foster home, to the home of a relative, or back with a parent who has, since their entry, been deemed capable of providing care. There are a couple of little girls that I’d love to take home! 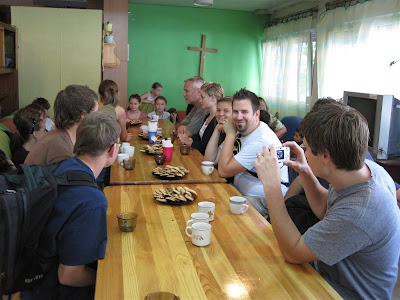 Never have I packed so much into a day! In the morning we washed, scrubbed, repaired and primed the stucco building which houses the orphanage. The kids even “helped” us a bit, Tomorrow we will paint. 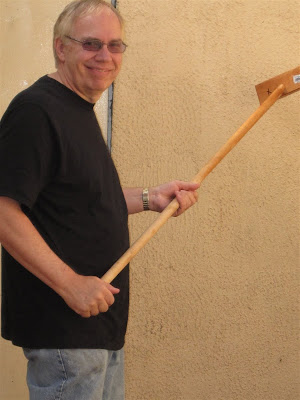 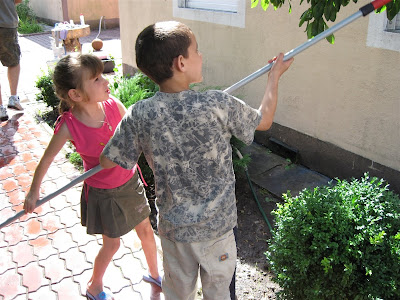 By lunch time I was already exhausted and now it was time to play with the kids. While half the team took the older kids to the “soccer field,” the female part of our team stayed back for some time with the younger kids.

We started out playing a game to break the ice. We decided to play “Duck Duck, Goose – known in Minnesota as “Duck Duck, Grey Duck.” In Russian it’s actually “ootka, ootka, goose” which would be the American version of a similar game that they play that I think is actually called cat, cat, dog. Once I was totally worn out from “ootka, ootka, goose” we went back inside for an art project that we’d brought along.

Today’s art project was finger painting. I had been told that they don’t have finger paints in Russia so the kids had never experienced anything like this before. One little boy looked at me and said, “I like painting this way!” (at least that’s how it was translated to me.) The cook from the orphanage seemed quite concerned that the kids would put the paint in their mouths. I tried to assure her, through the translator, that the paint was “non-toxic.” She didn’t look convinced but no one ate the paint so all was good. We had a huge mess on our hands when we were done, but also lots of happy faces. What a blast! 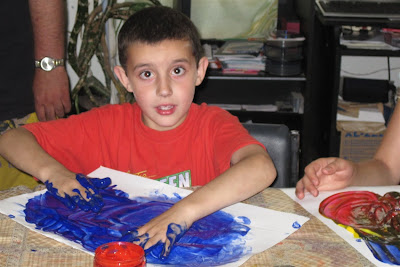 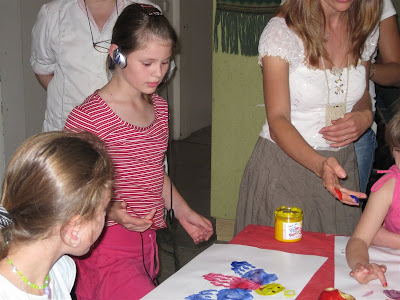 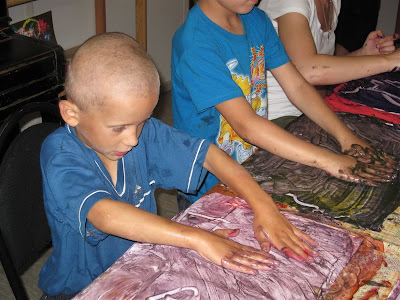 After we cleaned up the mess we went outside to do a little program for the kids. The easiest way to describe it is like a miniature Vacation Bible School which included songs, skits, games, and a message. The kids seemed to have fun, though I’m pretty sure that as we sang Jesus, You’re My Super Hero, complete with hand motions, they were laughing AT us, not with us. 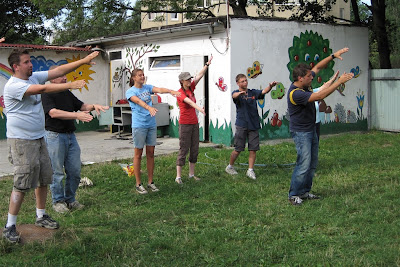 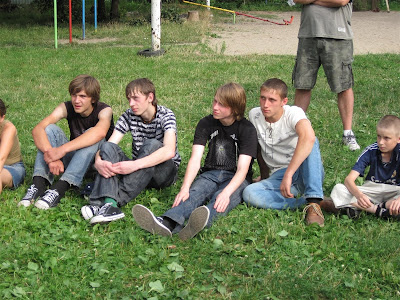 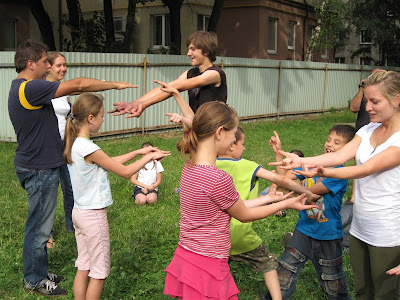 After dinner we just played with the kids in the yard. One team member made balloon animals. Some played ping pong, and I got involved in a game of catch. If you know me at ALL you know I’m the least athletic person in the continental United States, possibly the world. And yet, Nastia (a cute little 11 year old) and I WON the game. Truly an amazing moment in my life! 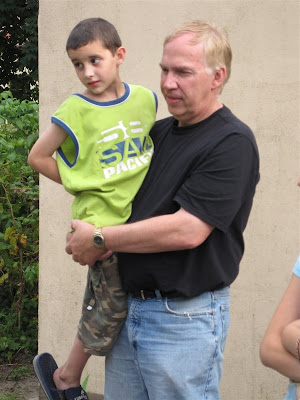 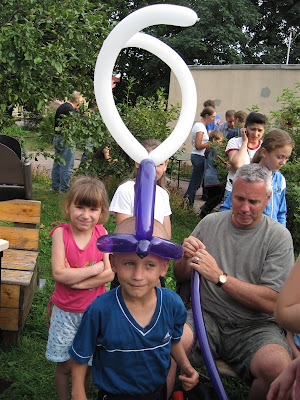 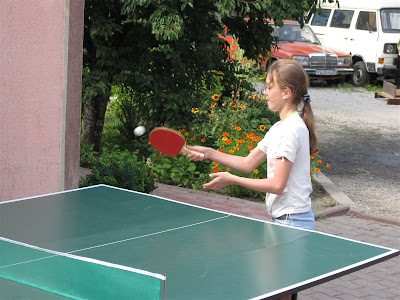 After a very long day, we came back to the hotel for Advil, a desperately needed shower, and a good night’s rest. Ahhh…