Our trip home started this afternoon but we still time had time this morning to see a couple more sights. A few of the workers from the orphanage met us at the hotel in the morning and took us to a Cathedral. The Cathedral was built by the Germans when they possessed this part of Russia (formerly Prussia.) It is now a Lutheran church and much of it has been remodeled. We weren’t able to see the inside, which I was disappointed about, but apparently, it’s mostly used now as a concert hall and there was a choir inside practicing. 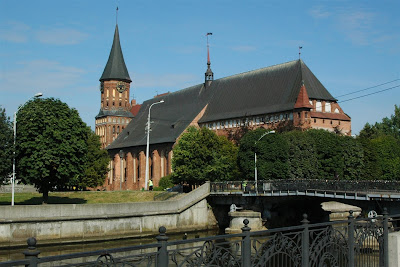 When we got done at the Cathedral a few of us went to the market place. We’d been told by our interpreter not to talk, but if we saw something we wanted to buy we were to point it out to her and she would negotiate the price for us. She thought we’d get a better price if the merchants didn’t know we were American. We eventually got separated as one team member was doing some serious shoe shopping and needed her more than the rest of us. I was looking for shirts to bring home to my boys. Why I do this, I don’t know. I can’t even buy shirts they like when I shop in the United States! But, I enlisted the help of a younger, cooler team member and he found a shirt that I was certain Scott would like. I bought it and later realized that it was an Arrow shirt, which I probably could have bought at a local department store for half the price. Essentially, I bought an American shirt in Russia and paid to ship it both ways!

On our way out of the market place I pulled out the camera. I figured since I was done buying things I could safely let them know I was a foreigner. As I walked along I took pictures of the different goods and food items being sold. I accidentally bumped a young boy’s arm and in my Minnesota nice way I said “excuse me,” only in Russian. Apparently, my Russian has an American twang to it because he stopped, looked at me and said, “oh, hello!” Busted! 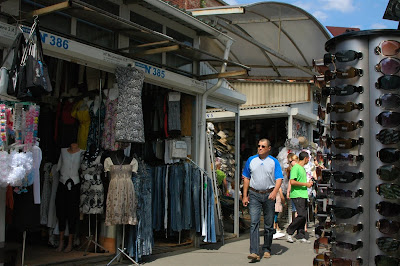 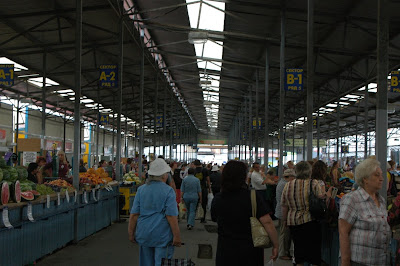 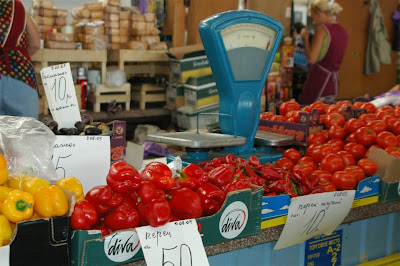 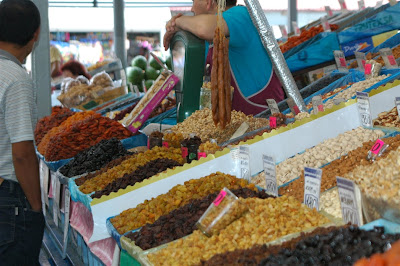 After lunch we headed to the airport (where I kept my camera carefully tucked away lest I get into any more trouble with the Russian officials). I am ready to get home but a part of my heart will always be in Kaliningrad, Russia.