Just a few days left of my Russia trip blogs. Thanks for reading.

This was my fourth mission trip and has, undoubtedly been the hardest one I’ve ever been on. Being sick, of course, took its toll. My diet of the past three days has consisted of bananas, rice and chicken broth – oh, and Coke, but that has to remain a secret from the cooks. They think that Coke is bad for an upset stomach, but both my mother and I would disagree. In addition to being sick, I’ve done more physical labor than on other trips (though some of my team members might beg to differ); and when I could eat, the food was most challenging (although tonight at supper I was finally able to eat and it was amazing!) But, all of that said, this trip has also been the one with the greatest rewards.

Today, we went to the Baltic Sea. It was a very long ride, on an incredibly hot bus. We thought it was funny that they passed out motion sickness pills AND plastic bags to all of the kids before we left the orphanage. And, when a couple of the kids did start to feel sick I suggested that perhaps opening the vent a bit more to get air to the kids would help. The teacher told me it would be too cold for them. Apparently, Russians like it HOT!

We made a couple of stops along the way at the “Dancing Forest” (which was beautiful) and a place called the “Sand Tower.” I choose not to make the long walk, with lots of steps to the sand tower so John and I stayed back at a little shopping area while the rest made their way to see the view. At the shopping area we met a woman who was selling hand painted pictures of the sea for 300 rubels, which is essentially $10. It was amazing to me how much we were able to communicate with our limited amount of each other’s language. We ended up buying a couple of her paintings and then took a picture of her. There was a mentally handicapped man at the next booth and he so enjoyed watching us take her picture that I asked him if I could take his picture. He was thrilled! It just warmed my heart to see him so excited when I showed him the picture. Ah, the joy of digital. 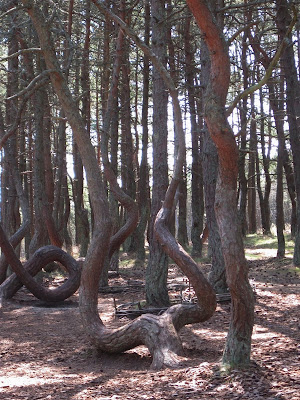 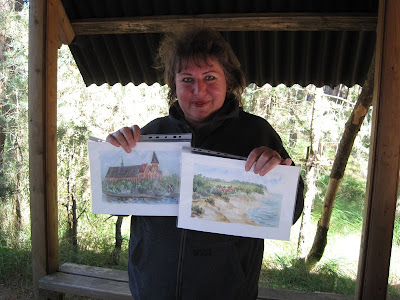 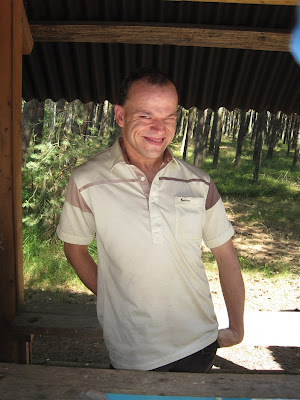 Anyway, after what I think was nearly four hours, we finally arrived at the sea. Most of the little ones have no swimsuits so they just stripped down to their underwear and went straight into the water. And still, they were more decent than many of the tourists on the beach! To see the smiles on the kid’s faces, and hear their laughter as they swam and splashed, just made my day. As I stood by the water and saw the footprints left by the kids as they ran along the shoreline, I thought to myself, “I wish I could capture this because these kids are leaving such a huge footprint on my heart.” 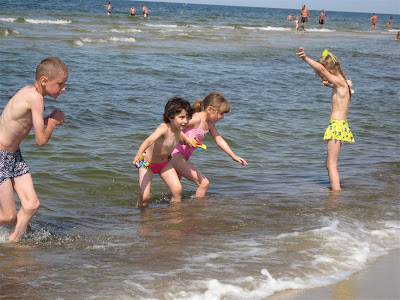 The ride back was faster, thankfully, and the kids were exhausted from the fun in the sun so most of the kids, and many of the adults, were fast asleep. My heart melted as I saw one little boy’s head fall onto our team member, Nate’s, shoulder. 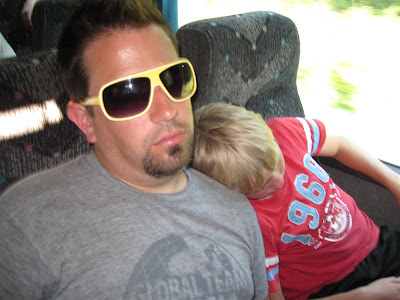 As I expected, our good-byes tonight after dinner were filled with tears – on everyone’s part. The kids were crying, the team was crying, and even the orphanage worker’s were crying. Right before we left tonight I played Uno with a few of the kids. One of them, Sasha, is an adorable little boy, about 11 or 12. (He’s the same one who fell asleep with Nate on the bus.) I think he hugged me no less than six times and even climbed into the van to give Nate and I one last hug. Let’s just say there was some serious sobbing going on in the back of the van. 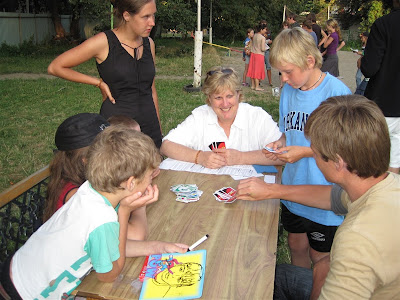 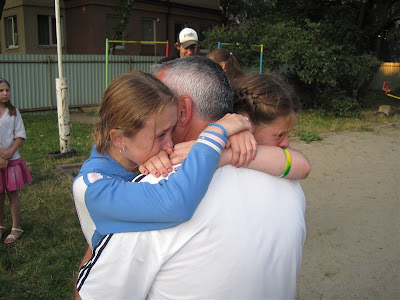 The hardest goodbye for me though, was with Tolvic. He’s the little guy who arrived at the orphanage on our first day here. He’s the one whose mother just died and father is in prison. Though he did not want to cry in front of us, he had tears welling in his eyes as he hugged us good-bye, and then he went inside to be alone. I know that many people would expect me to want to bring home a little girl, since God has already blessed me with three boys, but the truth is, if I could pick one child to bring home Tolvic would win. I hope our time with him eased his entrance into the orphanage system. (Tolvic’s picture borrowed from Nate.) 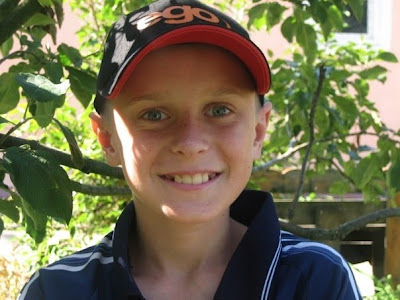 Even though my heart is breaking tonight, I wouldn’t have it any other way. To be able to be used by God, and to see him work in these kid’s and orphanage worker’s lives is amazing. I am humbled to be used in such a way.