I first met our friends, Jay and Leslie, through a Life Group at our church. Our group consisted of a bunch of us who are over the age of 40. Truth be told, most of us were over 50, but there were a few from the younger crowd who joined us as we met every other Wednesday night. Over the course of a couple of years we discussed any number of things and one week we found ourselves discussing the dreams we had for our “second half” of life. (It’s really only the second “half” if we plan to live to be 100, but that’s a topic for another day.) Last Thursday, April 22, Jay and Leslie achieved their dream. (I’m sure they’ve got more, but I’m referring to the one they shared at our Life Group.)

It’s possible (read probable) that the dream belonged primarily to Jay in the beginning, but Leslie followed along and eventually, she was working just as hard.What was their dream?To complete the education needed to become pastors.In our particular denomination there are education requirements that must first be fulfilled.Then there is a test and an interview process.Personally, the whole thing seems a bit daunting to me.To have to take a test after the age of 50, well, that’s just inhumane.But, Jay and Leslie were up to the challenge.

With their tests and interviews completed all that was left was the ceremony at which they’d receive their license to preach.In our denomination there are additional requirements before being ordained, and that isn’t even a possibility until you’ve served as a pastor for a number of years.(I’m explaining this to the best of my knowledge only AFTER having it explained to me at least a half dozen times.)

We were thrilled to attend their licensing ceremony on Thursday and be a part of this very special moment in their lives. It only goes to show, you are never too old to start something new. When God has given you a dream, don’t think about your age, your race, or your perceived lack of ability. As the slogan goes, “Just Do It!” You never know where God might take you.

So proud of you, Jay and Leslie! Congratulations on achieving your dream! 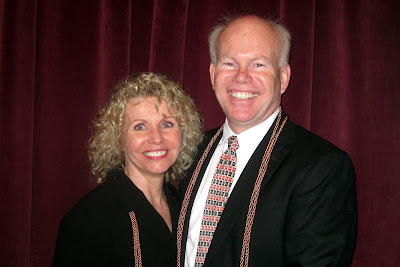 If we look like we are about to get into some mischief, we probably are. Leslie may be a pastor, but she knows how to have a good time, too. Some days we are a dangerous combination! On this particular night, however, we did keep our laughter contained to a reverent roar. 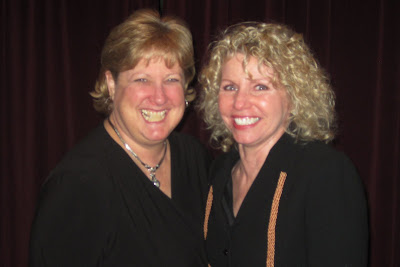