Well, I promised you last week that I’d tell you about our day in Paris after I got home. Here it is one week since my arrival and nothing yet about Paris. I have no good excuse except to say that jet-lag has hit me a little harder than usual this time.

So, about the whole “Springtime in Paris” thing. It’s not all it’s cracked up to be, especially if you happen to land there on one of the cold, cloudy, rainy, miserable days. It’s not that I didn’t enjoy Paris, I did, but I would have enjoyed it way more had it been say 70° and sunny.

We arrived in Paris in the early afternoon, but by the time we got to our hotel it was around 3:00 p.m. The cab driver who brought us from the airport was pointing out historic sites along the way, even though his English, and our French, were equally deplorable. He showed us where Princess Diana was killed but the cab driver who took the rest of the team showed them a different spot. I’m not calling anyone a fibber, I’m just saying. This is our view from the cab of the Arc de Triomphe, the traffic, and the rain. 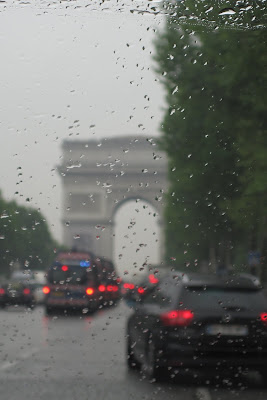 Our first order of business was to get lunch/dinner. We had already changed time zones by three hours so we were hungry for some kind of a meal even if we didn’t know what to call it. We walked a few blocks down the street to a Brassiere, which is apparently, something like a café. There is no such thing as a “quick” French meal so we just sat and enjoyed a little debriefing of our trip. The server asked us about dessert but we’d passed a French bakery on our way to dinner so we declined with the idea of stopping for pastries on our way back to our hotel. It seems the pastry shop didn’t serve coffee, or have tables, but there was a coffee shop next door that we were told would let you bring in your goodies and get some coffee to go with them. I didn’t really care what we did, as long as I didn’t have to stand outside in the rain. So, basically, we spent our first three hours in France working our way from one restaurant to the next. Not a bad gig, especially in Paris.

We went back to the hotel to add a few layers of clothing and determine the best way to tackle the city. One of our team members was sick so she opted out of the tour, leaving just four of us. We decided that the best plan was to find a cabbie that would drive us around, show us the major sites, and then drop us off at the Eiffel Tower. We asked for a cabbie that spoke English but apparently the request lost something in the translation. If he did know much English, he hid it well. Still, it beat walking in what felt to us like sub-zero temperatures.

I realized as we drove around that my camera was running out of battery power so my picture taking was somewhat limited. I tried to save what was left of my battery for pictures of the Eiffel Tower. It would just be wrong to go to Paris and come home without one picture of the famous icon. After we got dropped off at the Eiffel Tower we decided to get tickets to go up the elevator on the inside. This is where the rain and the cold, I believe, worked to our advantage. My son, who is an inter-continental pilot, tells me that every time he’s been to Paris, the line at the Eiffel Tower is two to three hours long. We, however, walked straight to the ticket window (after weaving our way through the barriers that are set up for the days when there actually is a line.) We had two choices; we could take the elevator to the second level (not to be confused with the second story) or, for a few more dollars, we could go to the very top. Though I hated to miss the thrill of going to the very top, we all determined that it would be just too cold to do so and thus, we settled on going to the second level, which, as it turns out, was plenty high enough to see everything I really needed, or wanted, to see. I suspect that if you go to the very top, you can probably see London, or possibly, New York. 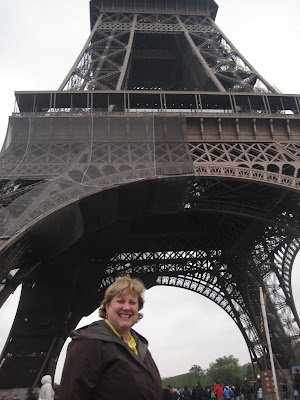 In spite of the cold, nasty weather, I would still have to say, I loved Paris. I can even see why there is song about loving Paris in the springtime. It is a fun, beautiful, city and I hope I get to go back someday. And, say what you will about the Paris people but, I won’t soon forget the kind woman at the pharmacy who removed a wayward nail from my shoe. (Seriously, who manages to get a nail stuck straight up into their shoe while getting out of a cab?) 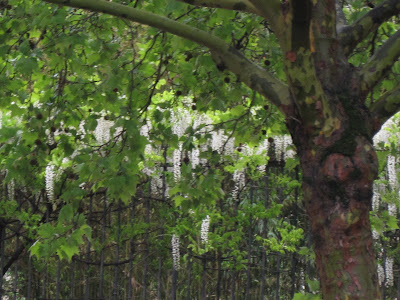 The warm shower that ended my day in Paris was second only to my own bed after arriving home the next day. Well, that, and being able to see my husband again after ten days apart. All in all, it was a great trip. Hopefully, I’ll get some Armenia pictures up in the next couple of days. Thanks for your patience.