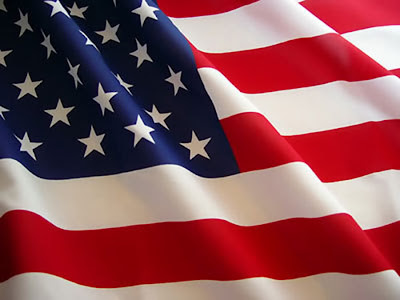 Yesterday our country celebrated Independence Day. My husband and I spent it going to a parade and later watching fireworks (with time out for a nap in between because, well . . . because I like naps.) We usually go to the parade in our little town of Cannon Falls, but this year we were invited to join some friends in Apple Valley. And, since there was a picnic involved also, not to mention some fun friends, we decided to branch out from our regular tradition.

The first thing that I noticed about the Apple Valley parade, that I’ve never seen done in Cannon Falls, is that they start by singing the national anthem, also known as The Star Spangled Banner. Other things were different also, of course. The Apple Valley parade has more marching bands whereas the Cannon Falls parade has more horses and tractors. But, it’s the national anthem that I want to focus on.

Here’s what I want to know? When did the singing of the national anthem become a spectator sport? Have you noticed that nobody really sings along anymore? Oh sure, they’ll stand up, a few will even put their hands over their hearts, but nobody sings. Are they afraid someone will make fun of them? Don’t they know the words? What is it?

I have a theory that it all started when the singers at ballgames started using their own little renditions that only another professional singers could follow. Those renditions, though usually beautiful, leave the average person wondering which note to hit next. But, maybe it’s more than that; I don’t know. I just think it needs to change.

This isn’t my first observation of this phenomenon. I first became aware of this issue while watching the Olympics last winter. Did you hear those Canadians? They sing their national anthem with wild abandon; kind of like their proud to be Canadians. Imagine.

Well, I say it’s time for those of us in the United States to sing our anthem with pride. Granted it’s not the easiest anthem in the world to sing, but it’s not the hardest either.

There is one place left where the national anthem is sung, on a weekly basis, by the entire group. That is at Rotary Club. My husband is a member and every now and again I am with him at a meeting. Generally, the singing of the national anthem at Rotary Club is followed by breakfast so it’s pretty much sung with a “hurry up, we have to finish this so we can eat” beat. They are usually “proudly hailing” while I’m still seeing the “dawn’s early light,” but hey, at least they are singing.

So, next time you’re at a ballgame, or a parade, or anywhere else the national anthem is being sung, do me a favor and join in. Let’s see if we can’t at least match the Canadian’s enthusiasm. We have our issues in America but one of them shouldn’t be that we don’t know how to sing our anthem. Warts and all, America is still a great place to call home.