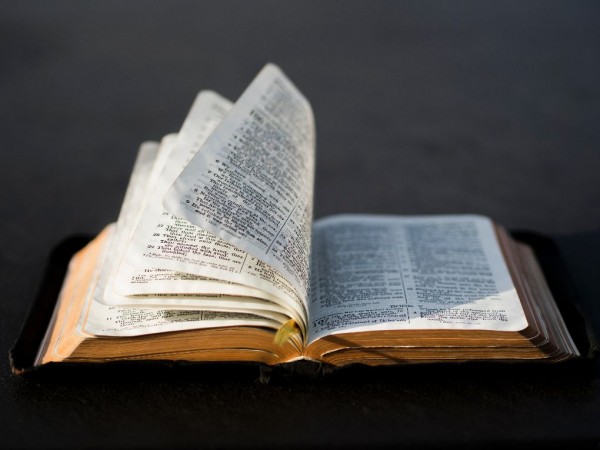 In a little over a month, John and I are going to Israel. So, when I heard there was a replica of the Tabernacle on display in Hudson, Wisconsin, I convinced John that we needed to go. To be honest, I wasn’t exactly sure what I was going to see but I figured that in light of our upcoming trip we might actually learn something; like, what is the Tabernacle?

I’ll be honest, I’m not what you’d call a Biblical scholar. While I have a fairly good grasp on much of the Bible, I am not the one you want to come to when you are trying to find a particular verse, or, in this instance, understand exactly what you should know about the Tabernacle. When I have to teach a Bible Study or need to understand something I’ve read, I either do a lot of research OR I call someone who is more versed in Biblical studies.

On our way to Hudson, John asked me to read to him about the Tabernacle. He seemed to be confident that I’d know where to find this information which only goes to show that you can, indeed, fool all of the people some of the time. I dutifully looked up “Tabernacle” in the concordance at the end of the Bible and discovered that in Exodus 26 there is a description of how the Tabernacle is to be built. Let’s just say that if you don’t know how long a cubit is, you’ll need to spend a lot of time in the foot notes while reading this chapter. And while 45 feet makes more sense to me than 30 cubits I can’t really visualize either one.

On our way to the exhibit we actually passed it on the highway and this is what I saw: 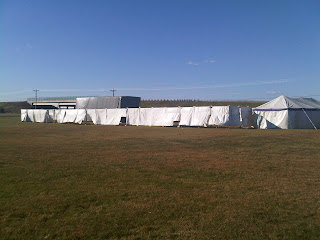 I have to admit, it wasn’t what I expected – AT ALL! I don’t want to sound sacrilegious but this looked more like someone was doing laundry at the commune or something. I tried to keep an open mind. As it turns out, while this wasn’t exactly what the Tabernacle courtyard looked like, it wasn’t a bad facsimile. The Tabernacle is what the Jews carried around in the wilderness after they left Egypt on their way to the Promised Land; so you wouldn’t really expect it to look like the Temple that was built later.

Our guide told us that this is exactly one-third the length of Noah’s Ark and if you turn the actual Tabernacle (the silver thing on the left side of the picture) on end, it is the height of Noah’s Ark. I didn’t think that was very deep until I got up close to it and, let’s just say, there was plenty of room for the giraffes.

If you want to read about how the courtyard was to be set up, check out Exodus 27:9-19. Like I said, I don’t think the white plastic that we see here is actually what the Israelites used because, though not a Biblical scholar, I am 100% sure there was not a Home Depot in the wilderness. On the other hand, white plastic is probably a little more cost efficient than finely twisted linens.

Before we walked into the courtyard we stopped for a little explanation of how this Tabernacle came to be. If you know the story about the Israelites leaving Egypt (see Exodus 12), you’ll remember that before the they left they asked for, and received, a whole bunch of gifts from the Egyptians. They then hurried out of Egypt, crossed the Red Sea, lost the Egyptians who had decided to chase them, and turned toward the south tip of the Sinai peninsula. It was there that Moses went up on Mount Sinai where God gave him the Ten Commandments AND the plans for the Tabernacle (this is the part of the story that I never remember.) God told Moses EXACTLY how he wanted the Tabernacle built and, as it so happened, the Israelites had everything they needed because they’d gotten it all from the Egyptians when they were moving out of town. (You’d think there was a plan or something!)

As you walk inside the courtyard you see the Bronze Altar and Laver. I took this picture from the opposite side so try to imagine that you are standing by that tent opening on the right side of the picture looking towards the Brazen Altar. You can find it described in Exodus 27:1-8. The Altar, is where the animals were sacrificed by the priests.

The next thing you see as you move closer to the Tabernacle is the Laver, which is where the priests washed their hands before entering the Tabernacle. It is briefly described in Exodus 38:8. 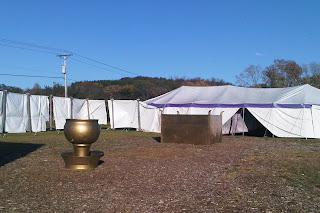 There were some very specific directions that God gave to Moses for building the Tabernacle. It was not an outwardly beautiful building (as you can see.) The instructions for how it was to be built are found in Exodus 26. The outside layer is to be some sort of animal skin and the particular type of animal seems to change depending on which version of the Bible you are reading which makes me think it’s a very tricky word to translate from the original Hebrew. In the case of this particular replica they have, again, used a heavy plastic, which I’m sure is not only cheaper but keeps the animal rights people happy.

It isn’t until you get up close to the Tabernacle that you are struck by the fact that the Israelites carried this around, piece by piece, for 40 years! Just one plank of the Tabernacle would require several strong men to move it and I doubt they’d make it very far in a day. 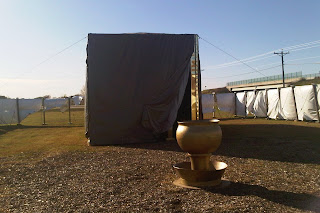 One of the first things you see inside the Tabernacle is the Golden Lampstand. A description of the Lampstand is found in Exodus 25:31-40. The cool thing about the lampstand is that it’s hammered out of a single piece of gold weighing about 114 pounds. Wow, that would be easy to lug around the desert, wouldn’t it? 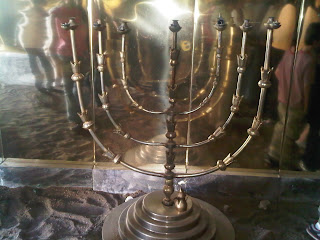 Directly across from the Lampstand is the Table of Shewbread described in Exodus 25:23-30. This is where the bread of Presence was placed. Our guide told us that the short side of the Table is one cubit, which was approximately the length of an Israelite man’s arm from elbow to the tip of his fingers. It probably goes without saying that I checked to see if my arm length from elbow to fingers is a cubit. It’s not; mine is a little short, John’s is a little long, which would lead me to the conclusion that the average Jewish person during those days, was approximately 5 feet 7.5 inches (the average of our heights.) 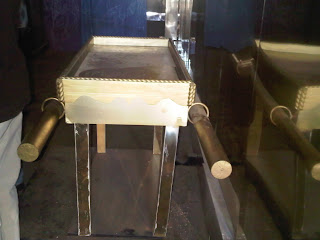 In front of the Inner Veil is the Altar of Incense, described in Exodus 30:1-10, where Aaron burned incense daily. 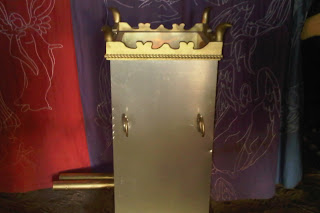 I have to admit that as I viewed all of the gold covered pieces inside the Tabernacle I started to get a little huffy. Yes, huffy, is the best word I can use to describe my feelings. You see, they were all a bit dusty and I, using my spiritual gifts of judgment and criticism, determined that if you are going to have a display that represents something so holy, you should dust it now and then – perhaps even daily. As the huffiness built inside of me I realized that the Jews were carrying all of this around in the desert and deserts are not known for their lack of dust, so in fact, this holy dwelling might have even had a bit of dust during it’s day. Perhaps I need to do a little repenting of my own.

The Inner Veil, as described in Exodus 26:31-33, separates the Holy Place from the Holy of Holies. 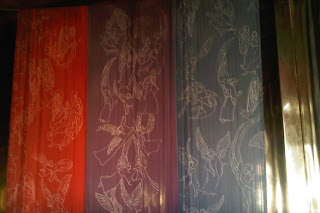 At this point, I had the feeling that I was unworthy of going past the Inner Veil to see the Ark of the Covenant (perhaps it was all that criticism and judgment I’d mustered up earlier.) And, to be honest, on my own, I am unworthy but, because of the saving grace of Jesus Christ, I have full admittance privileges. How awesome is that? His love never ceases to amaze me.

The Ark of the Covenant was the earthly throne of God during that time. Only the High Priest could go into the Holy of Holies. You probably knew this, but I’d somehow missed that the stone tablets which contained the Ten Commandments were carried inside the Ark. (I’m kind of hoping my pastor doesn’t read this and figure out how little I know!) Also inside was Aaron’s rod and, according to one of my pastor friends, some manna. Each year, on Yom Kippur (or the Day of Atonement), the High Priest would enter the Holy of Holies, and bring the blood from the sacrificial lamb, to sprinkle on the Mercy Seat (between the two angels) to atone for the sins of the people. 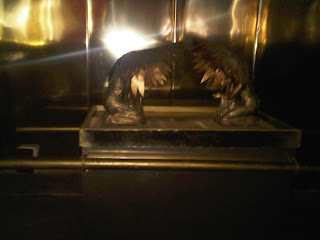 Though I had my concerns when I first glanced this replica of the Tabernacle and courtyard, I’m so glad I went. I’m such a visual learner so, for me, this made the whole story in Exodus come alive and not just seem like a listing of measurements, building materials and rules.

The really cool thing about the Tabernacle is that every bit of it is designed to represent the coming Messiah. I could go on and on about what each item, starting with the Courtyard all the way to the Ark, represents but I’m fairly certain you don’t read my blogs expecting book-length stories. (Even though this particular blog post is getting rather chapterish looking.) At the end of the tour our guide showed us this one thing that I will pass on to you. If you draw a line in the dirt that goes from the Ark of the Covenant, through the Altar of Incense, the Lavar, the Brazen Altar and out to the front door of the courtyard; and then draw another line from the Golden Lampstand to the Table of Shewbread, it makes the symbol of the cross like the one upon which Jesus offered Himself as the sacrifice for all mankind. Again, you’d think there was a plan! And you’d be right. This is why God was so insistent that everything be followed exactly as he’d told Moses on Mt. Sinai. (see Exodus 25:9)

My only wish is that I’d known sooner that this replica was on display. We were able to go just three days before it closed. I heard rumor that they expect it may be on display again in 2012. You can probably check this website for more information. Now I can’t wait to go to Israel and learn even more. Maybe someday I’ll be a Biblical expert after all. . . . or not.