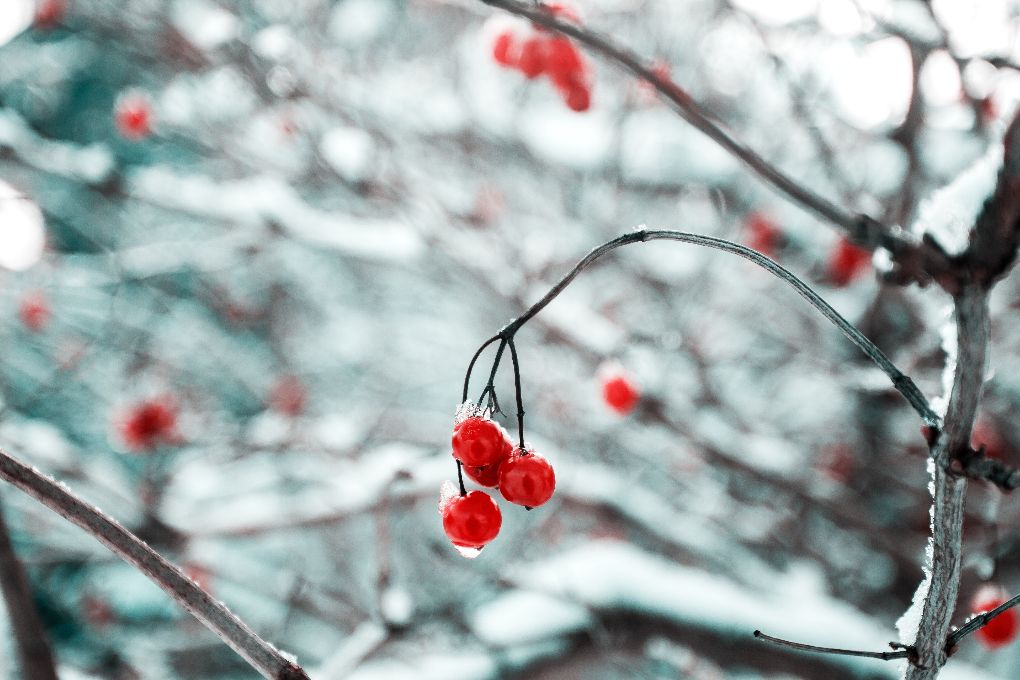 I realize that I haven’t posted pictures yet from week three of my 365 Project (a picture a day.) And, since week four is nearly half over with, I thought I’d better hurry or I’d have to post week threefour. (It’s a new word – not in the dictionary yet. Maybe next year.)

So, we ended week two with my long drive in the snow to a Women’s Ministry Leadership meeting in Dassel, MN. Well, my first picture for week three was taken on the way home from that meeting. I found this church and thought the architecture was quite intriguing. An added bonus was that the sun was shining on it at just the right angle. I would have been satisfied just to see it shining, but this was like a little reward from God for not giving up the day before. Getting to the church was a bit harder than I first anticipated but I thought it was worth the trip. 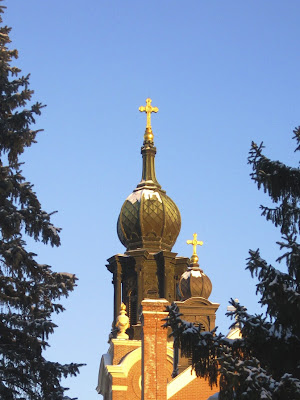 On Sunday afternoon we had a baby shower for Erin and Heidi at our house. I titled this picture “Guess Who’s Due First?” but I suppose, in light of my last post, (the one about becoming a Nana!) it’s pretty obvious by now. O.K., I suppose it’s also obvious from the picture. Perhaps I should have titled it “Comparing Bellies One Week Before Erin’s Delivery.” Hindsight is so very helpful. 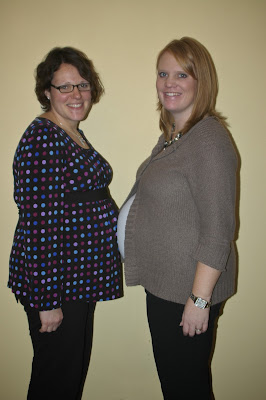 Angelina is married to our youngest son, Scott. She went out Monday morning excited to shovel the sidewalk (bless her heart, she hasn’t lived in MN very long and still considers this fun.) Part of her shoveling involved working on a snow “amphitheater.” When I came out to take her picture she said, “I bet I’m more what you were expecting in a first grandchild than in a third daughter-in-law.” As long as she’s willing to shovel, I say, “have all the fun you want out there.” 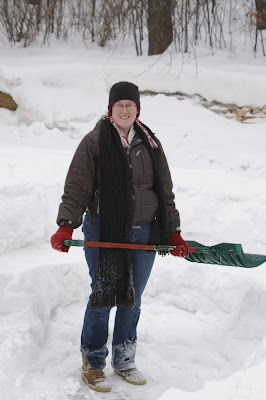 On Tuesday (1/18) I had a bittersweet lunch with my friend, Krista. On February 11, she and her family are moving to Swaziland, Africa to work as missionaries with Children’s Cup. She has the biggest heart and I know she will do great things for God in Swazi BUT, I’m going to miss her so much! 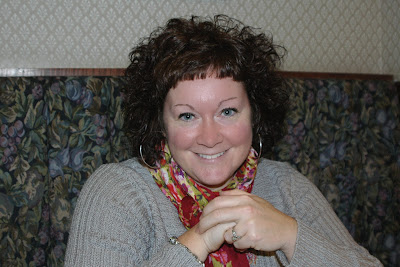 If you know me at all, you know I am by no means a morning person. But when I woke up at 6:30 on Wednesday morning and saw this view out my bathroom window I just had to get a shot. I’ve always loved the view out the window in the early morning hours and was apparently feeling more inspired than I usually do at 6:30 AM. So, instead of going back to bed, I went in search of my camera and tripod. I think the moon’s shape is a bit distorted by the glass. Perhaps I should have opened the window but it was way too early for me to think that clearly. Plus, it was -5 degrees outside! 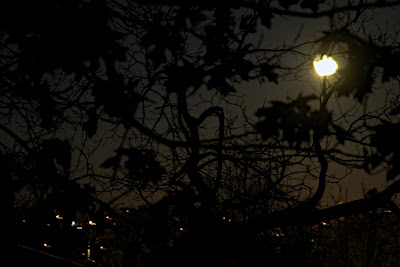 I’m really wanting this project of mine to represent my daily life which includes people we meet along the way. Almost every week I make the trek to the health food co-op 15 miles from my house. Kathryn is one of the many kind cashiers whom I encounter there. She doesn’t know this yet, but she’s one of my favorites; always ready with a smile. 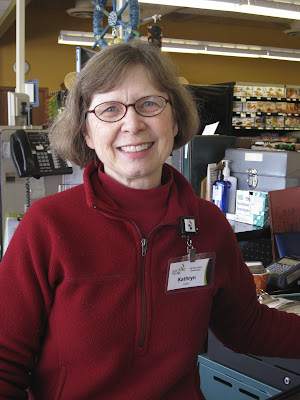 And before I knew it I was at the end of the week three at a scrapbooking retreat with one of my best friends – Debbie. We had so much fun working on our albums and talking, and eating, and talking and eating. But, don’t think that means we didn’t get anything done. We are great at multi-tasking! 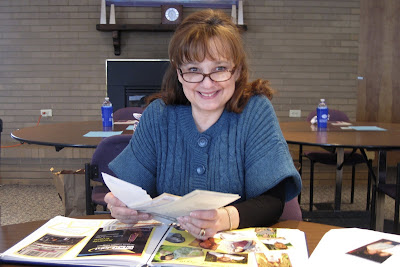 All of this seems so long ago in light of the recent arrival in our family. Any guess what one of the subjects will be in this week’s photos. Hint: you’ve already seen one.