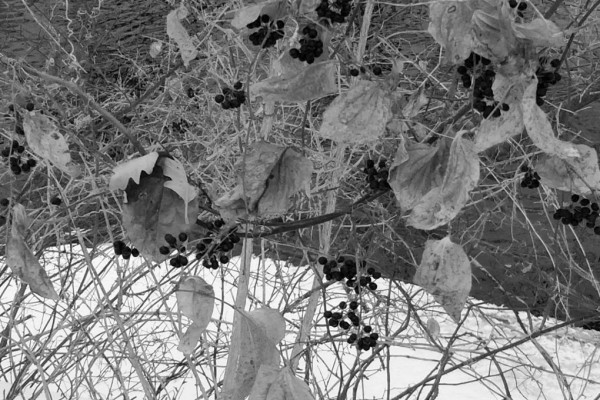 Here it is: week two of 365 Project – a picture a day. This week I focused on friends, mostly, and decided to go with Black and White images. Why you ask? Well, it all started when I forgot my take my camera to our Israel Trip Team reunion on Sunday night. My plan was to take a picture of the team, but without my camera I was forced to use my Blackberry so took a picture of just one teammate instead. (Yes, iPhone users, I’m sure your phones take superior pictures, but I don’t have one yet.) When I got home I thought the picture of Stacy, taken with my Blackberry, looked better in Black and White (due to lighting – not Stacy), and thus, a week long tradition began – with one exception which you’ll see in a minute.

As I mentioned, Stacy was part of our Israel trip team. She is an amazing young woman and God is doing great things in her life! 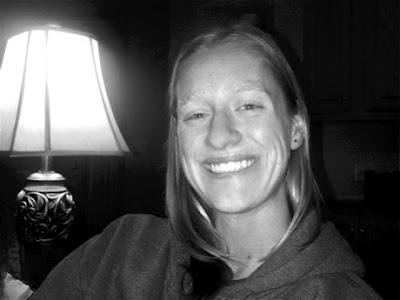 Dawn is a friend from my church. She has an incredible heart to serve God. 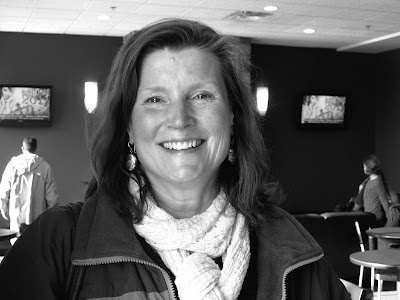 Lindsay’s official title is Pastor of Leadership Development at our church. (It’s a very large church.) As an added bonus she is also my friend. Monday night we had a training meeting for all the leaders and since Lindsay was in charge of the meeting I thought it appropriate that Monday’s picture be of her. 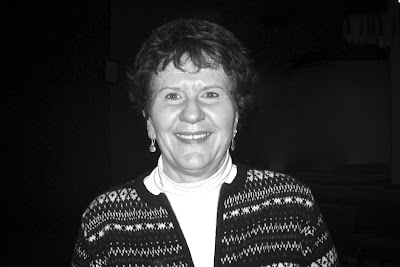 I took a break from my black and white pictures on Tuesday night in order to grab a photo of our neighbor’s house decorated for Christmas. They turned their lights on especially for me so I could get a picture. They are moving to Florida in a month so this is the last year for their lights. I figured I should capture the moment in case the new neighbors aren’t willing to pay a tripled electric bill in December. 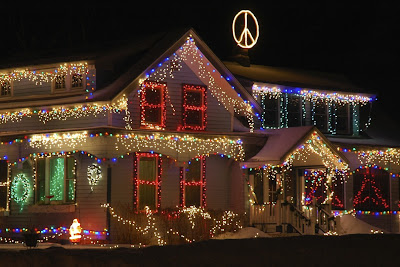 I had lunch with my friend, Diane on Wednesday. She always makes me laugh. I’m not even sure she knows that it’s because of her I started on a very interesting journey. I should tell her sometime. 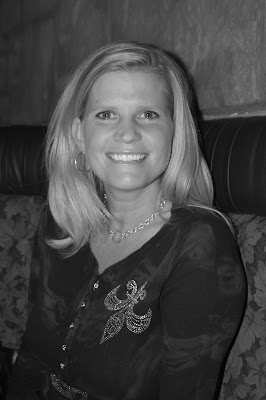 I met Jane when I first moved to MN over 30 years ago. Since that time she has been my go-to person for all things home-makey. She has quite possibly saved my life by telling me to throw out suspicious smelling food that I might otherwise have eaten. On Thursday, she helped me with a sewing project. She has more sewing gadgets than anyone I know; even more than most stores! I call her the Queen of Gadgets. 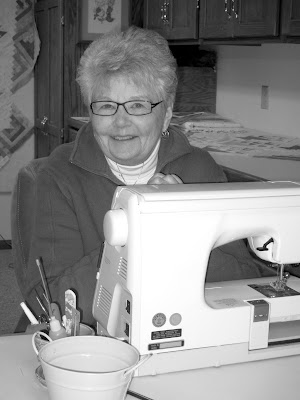 There is a bit of a story to my last picture of the week. My plan all day had been to take a picture on Friday evening at a “slumber party” I would be attending. On Saturday there was an all-day leadership team meeting scheduled to take place in Dassel, MN at the home of Carol Lund, director of Women’s Ministries for the MN district of the Assemblies of God. She had invited her advisory team (of which I’m a part) to come on Friday night and have a little fun before the meeting on Saturday. I was so excited about going but about the time I left home we seemed to be in the midst of a nasty snow storm.

Well, I’ve had about enough of snowstorms ruining my fun so I started out. I managed to get about a quarter of the way there but the snow seemed to be getting the best of me, so I took about a two hour break and visited my daughter-in-law. Once I thought the snow had calmed down a bit (and it was no longer rush hour) I decided to venture out again. It wasn’t fun, but it didn’t feel particularly dangerous either. By now it was 7:30 and there was some leftover rush hour traffic still on the roads. When we were pretty much at a dead stop, I was thinking about my picture of the day. I was kind of nervous that after the stressful drive that I might forget to take it.

So, I decided that even though it wouldn’t be the picture I wanted for the day, if I took one right that moment, I could at least quit worrying about missing one all together. Now, I know you’re probably thinking that taking pictures and driving at the same time isn’t all that safe so let me first show you this picture. Please note the speed at which I was traveling. 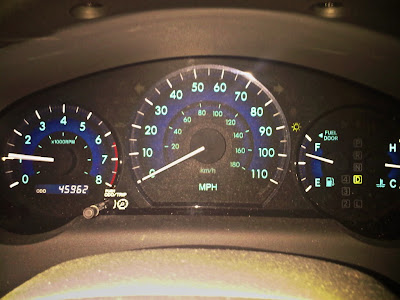 But, fun as that picture was, I certainly didn’t want it as “the picture of the day,” so I took this one to show the snow and traffic – which seemed, at that moment, to be taking the main part of my day. 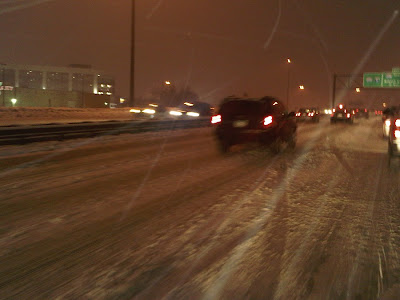 Were it not for this being “Black and White” week, I might have kept that snowy picture as my “picture of the day,” but I still wanted to stick with my original plan. Once I finally arrived at Carol’s she had the best gift waiting for all of us – a massage therapist – waiting to give us a massage. So, I labeled the following picture as “The Gift and the Giver.” Carol is on the right – she is the giver. Sherri is on the left – she was the much needed gift. Ahhh…. 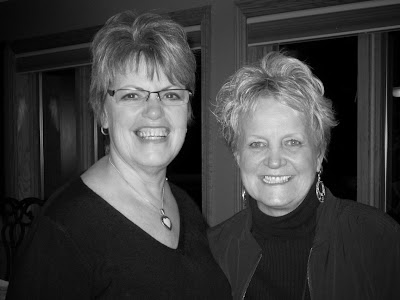 An thus, black and white week is over. I’m excited to see what this week has in store. I’m really enjoying this project and the way it allows me to take a picture for really no reason at all other than to capture life; the good and the not so good.