If you’ll recall from my previous 365 project blog, I ended the week fighting a stubborn virus and I’m happy to say that I’m on the mend. Phew! That was a tough one but when I read other friend’s status updates on Facebook I come to the realization that I had the “easy” version, if you will. But, on Saturday, February 5, I will still in “will I ever get better” mode. So, I decided to make lemonade out of lemons, as they say.

I have loved scrapbooking for years and recently have moved towards doing digital scrapbooks, primarily because it’s easier to tote around the materials needed (just one laptop) and they take up significantly less room on the bookshelf. At first, I wasn’t a huge fan of doing my books digitally and then having them printed, but just as I grew to love digital cameras, I’m learning to love digital scrapbooking. My illness gave me some time to watch some technique webinars which has increased my enthusiasm immensely. So, my first picture of the week is of my computer, because pretty much all I did was sleep, eat, and watch digital scrapbooking webinars. 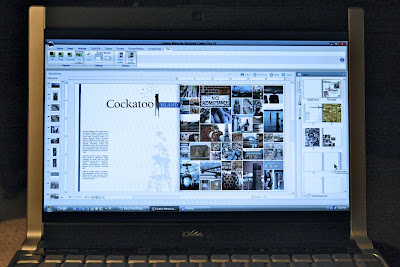 On Sunday, I woke up for the first time in four days without a sore throat, which meant I could go to church. Yahoo! It also happened to be our little granddaughter, Amelia’s first day at church AND the first time I’d seen her in over a week (which was really more annoying than my virus) so she, along with her parents were Sunday’s picture of the day. As you can see, she was very excited to be the “star” of the show. 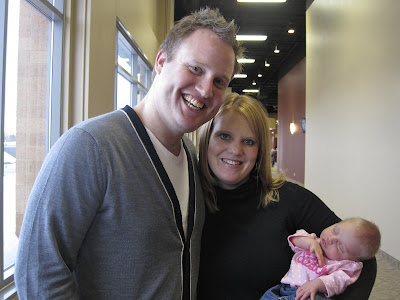 This next picture may seem a little lame, but still, it represents my day on Monday – the day for my yearly blood tests – cholesterol, chem 8 panel, etc. All the fun stuff they start testing as you get older. The lab was full of interesting things to take pictures of (not the least of which was the wall painted to look like a Caribbean beach complete with a sign that said “Cabo san Labo”) but I decided on the vials for the blood. They are so pretty (in an odd kind of way) and organized sitting there waiting to be filled. Fortunately, I only had to fill one. (I actually thought about taking a picture of the needle in my arm but I didn’t want to upset the squeamish ones who might be reading this.) 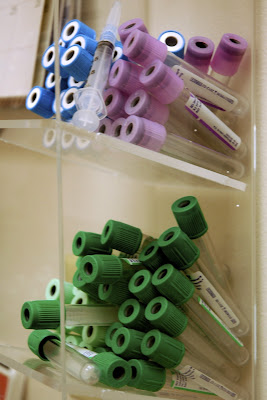 Tuesday I was so excited to get to spend some time with two of my good friends, Leslie and Nancy. Leslie’s birthday was in January but Tuesday was the first chance we had to get the three of us together to celebrate. We had a fabulous lunch at the Lake Elmo Inn. If you’ve never been there – go. You can thank me later. When the three of us get together it’s hard to get us to stop talking. Let’s just say they were setting up for dinner by the time we left. What great friends! 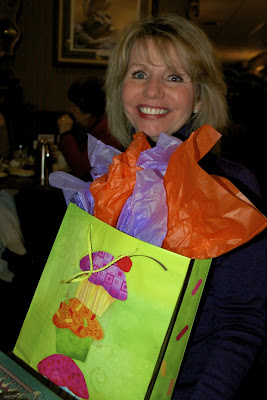 On Wednesday, I had big plans for a picture and well, it just didn’t work out. The temps were in the sub-zeros so once I got back home I didn’t especially want to go out “looking for a picture.” Once again, I decided to look outside my back windows to see what I could find. The sun shining on these beautiful icicles and even though I had to open the window to get the shot, I did so quickly. I love icicles but you really should read what a fellow “365er” has to say about winter in general and icicles in particular. She presents a pretty convincing case that winter is trying to kill us. 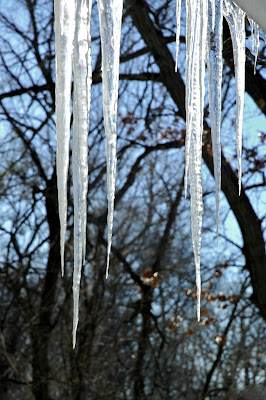 I actually forgot to take my 365 picture on Thursday and was pulling into town at 10:00 PM when I realized my mistake. I took a few other pictures of our downtown area at night but this one of the car thermometer really summed up my day the best. It was just plain cold and I was ready to be done with it. The next day it warmed up to the 30’s (a real heat wave.) Actually, in the early hours of Thursday morning my computer said it was -18° so one could make a case that -5° was just the beginning of the heat wave. In the meantime, I’m praying that I don’t see this number again for awhile; many, many months . . . or even years.

We ended the week by going to “Marriage Night” at our church, thus it seemed only appropriate that we get a picture of the two of us together. And yes, our church has a fireplace in the lobby, which was handy because even though it had warmed all the way up to 30°F, it was still cold. I have to admit also, that, having been married for 35+ years I wasn’t convinced that I’d get much out of “Marriage Night” but I was wrong. Peter Haas from Substance Church gave a great message. Considering the fact that I got married about the same day he was born, I was pretty impressed. Only goes to show two things. 1.) You CAN teach an old dog new tricks, and 2.) It’s always a good thing to spend time investing in your marriage. 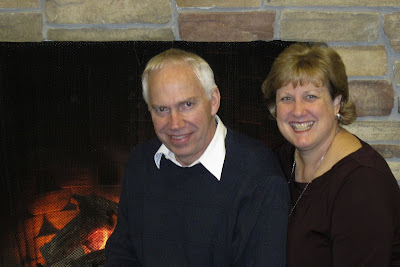 There you have it; another week of memories. Hope your week is filled with some fabulous memories of your own. Look for them – make them happen.