First off, I have to explain something. I have two people who I know faithfully read my blog. I know this because if I go too long without writing something they bring it to my attention. My mother (being one of these two people) has been telling me of late that I hadn’t put anything up since March 5 (this comment was before I posted last Thursday.) I assured her that I had and she told me that was the date above my most recent post of pictures was March 5. That seemed odd since I knew the post included picture from my trip to Boise which didn’t end until March 13.

All of this is really unimportant unless you receive my posts directly to your email via RSS feed. That being the case, you may have gotten an “UPDATE blog” this afternoon. Don’t bother reading it. I only updated the date, which somehow was posted incorrectly in the first place. (I know how, but don’t really want to take up another paragraph explaining that.) So, let’s move on. By the way, Mom and Leslie, thanks for being faithful readers.

March 12 – This is by far my most favorite picture of the last two weeks. I was still in Boise when I took this. These flowers were found in my friend’s neighbor’s front yard. When I was over there taking pictures someone showed up to visit the young man who lives at that house. I asked her to tell him that I was out front taking pictures (lest he call the police.) When I saw him later that night I asked him if his friend had giving him my message. He said “Yes, but I couldn’t figure out what you were taking pictures of.” I told him I was getting shots of the flowers in his front yard. His response cracked me up. “There are flowers in my front yard?” Such an observant boy! 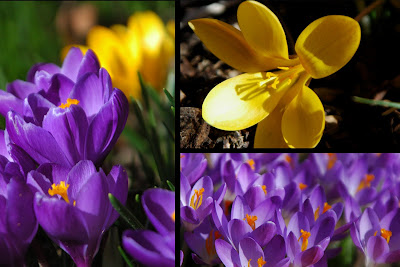 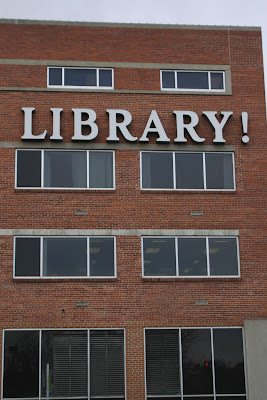 March 14 – My picture for March 14 was a no-brainer. I mean, it was National Pie Day. Or is it National Pi Day? Get it? Pi = 3.14 (and so on.) Truth be told, I would have totally missed this most amazing day on the calendar were it not for my son, Adam, who is both a cook and a brainiac. In other words, he understands why a person would use the mathematical formula for pi and might actually use it himself. I on the other hand, just barely know that Pi equals 3.14 . . . Oh, and the picture was taken at our deacon meeting that night, at which we had pie, thanks to a well-timed suggestion to the person in charge of ordering dessert. 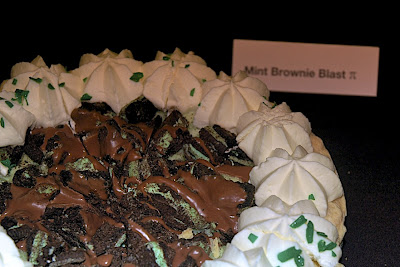 March 15 – Yes, it’s true. There is (or was) still a Christmas decoration in my front yard. Note to self: do not hang Christmas decorations in the middle of the yard where you might have to wade through two feet of snow to remove said decoration! Thankfully, it’s down now. Phew! Just in time for Easter! 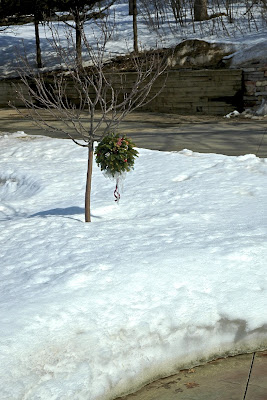 March 16 – I titled this picture “Ahoy Mate – I See Land!” I think winter is making me a little stir-crazy! 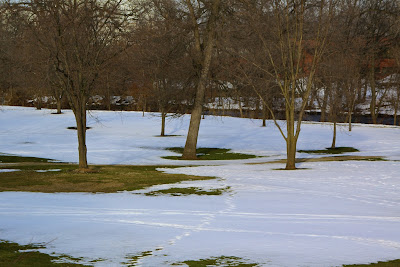 March 17 – I had this hair-brained idea to make cut-out shamrock cookies for St. Patrick’s day and make it my photo of the day. I added to the idiocy by deciding to make them gluten-free, trying some new flour I bought. Let’s just say that this is the best of the bunch and by the time they hit the cooling rack most of them had lost their stems. By the time they were frosted, most were broken in half. BUT, I sent a few over to my neighbor who has Celiac disease and he thought they were quite tasty. Goes to show, if you go without a food product long enough the replacement will taste pretty decent. 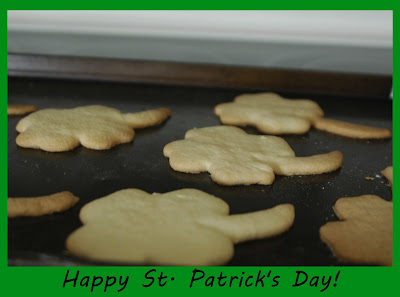 March 18 – Jami has been patiently waiting to be a part of my 365 project. So on this day, she and I both fulfilled our goals! She is such a sweetheart! And beautiful! 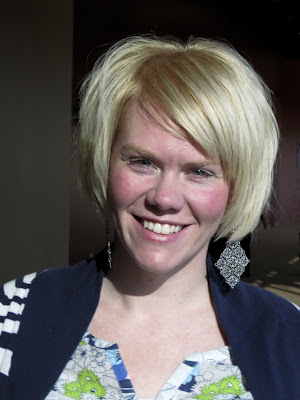 March 19 – On this particular Saturday I went to a Wildtree Party (healthy food sold party style) at my friend, Katie’s house. We’ve been friends for a few years and it’s always so fun to see her. Doesn’t her little guy just look like he’s too sweet to ever do anything wrong? 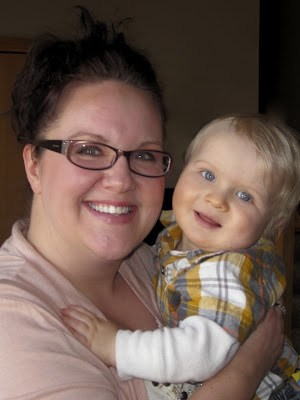 March 20 – Amber heard about my 365 project and asked me at church about it on Sunday morning. After I explained it I took the opportunity to invite her to be my “subject” for the day. I’m so blessed to have so many sweet friends! 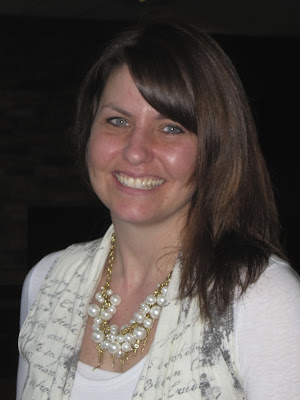 March 21 – It’s true, there are days when I don’t know what in the world to take a picture of but on this particular Monday, I decided I’d measure the snow left in our yard. (I told you winter was making me stir-crazy!) It seemed like there was still so much left! I figured, why not take a picture of my measuring stick in the snow. For the record – there was deeper snow in other areas of the yard. And then it snowed again after this picture! Enough already!!!! 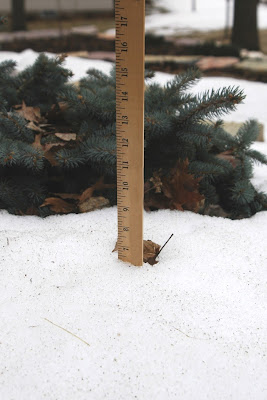 March 22 – Yes, this was another “what shall I take a picture of” day. I was taking something out of the cabinet when one of my dolls fell into my hands. I figured it was some kind of sign – and I was getting desperate! When I was a little girl my grandparents would bring me dolls from the places they visited. This one comes from Switzerland and since John and I are thinking about going on a mission trip to Switzerland this fall, I decided it would be the perfect doll to choose for the day. 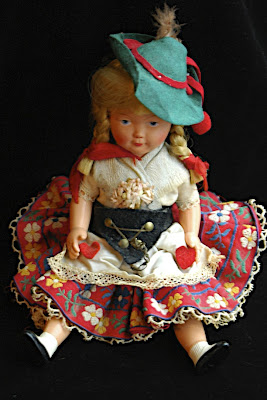 March 23 – O.K., I lied earlier. The flowers were nice but this is for sure my favorite picture from the past two weeks. I had the chance to babysit sweet Amelia on Wednesday. Is she not the most adorable baby? We think so! 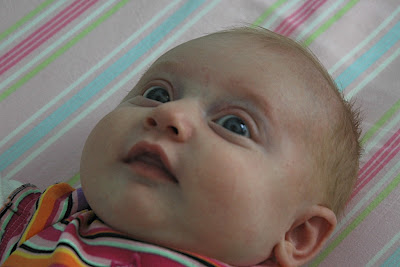 March 24 – Rachel is a young woman who goes to my church. She asked me about a year ago if I would just hang with her sometimes and mentor her a bit. I was honored. We had a quick dinner Thursday night so I could hear all about her recent mission trip. She may not know this but she encourages me as much, if not more, than I encourage her. I’m blessed to have her as part of my life. 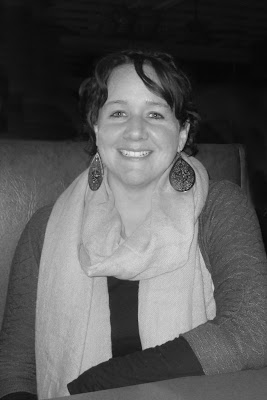 March 25 – There is an intriguing phenomena on our area rivers right now. I don’t think I’ve ever seen it during the 33 years I’ve lived in Minnesota, but it could just be because I wasn’t looking. Our snow had started melting and the rivers were getting higher when a new storm developed on Wednesday. We got a little snow and the temps were right around the freezing mark. Since that time little ice “pods” have developed around the tree roots in the river. It’s hard to describe them (which is why pictures are so handy) but they look kind of like those worm-filled nests that trees sometimes get in the summer time. Only the ice pods aren’t nearly as creepy. 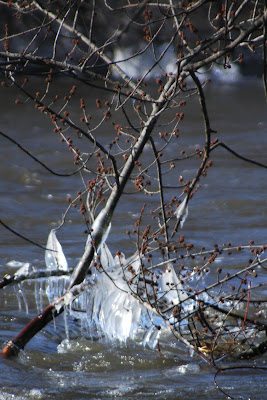 If you’ve made it this far, you deserve a medal! I was a little wordy tonight as I described my photos. I have to say, this project can be overwhelming some days but I’m glad I’m doing it. I’m learning a lot about my camera and taking the time to find beauty in my every day life. Whether you are doing a similar project or not, I hope you’ll find the time to make some memories, take some pictures, and spend time with the ones you love.