Here we are. Another two weeks have passed since I last updated my 365 project pictures for you. My apologies . . . again.

April 9 – If you remember, my last 365 project post included a lot of pictures of our newest grandchild, Charlie. And, while I wouldn’t give up ONE minute that I spent with Charlie, it did mean that I hadn’t seen Amelia for a bit. Erin must have sensed my intense need and desire to see her and offered to bring her down. It had actually been two weeks since I’d seen her and the change was dramatic. Wow, they do grow up so fast! Smiling and adorable! 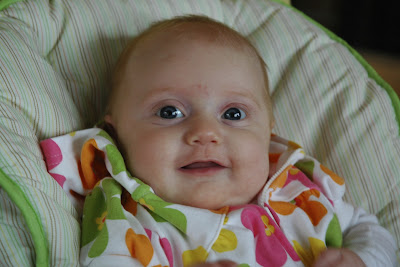 April 10 – On Sundays we often go out to lunch with Erin and Paul (and Amelia) after church. On this particular day, Paul was working so couldn’t join but we still had fun with Amelia and Erin. It appears that Amelia is keeping close track of her mom’s whereabouts as Boppa holds her during lunch. She makes some of the best faces! 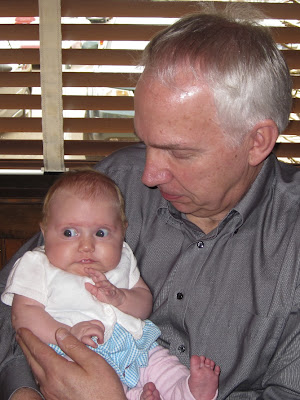 April 11 – Every year this Lungwort plant in our backyard is nearly done blooming before I even notice it’s spring. This year, I was prepared. I started checking early. I love the purple and pink blooms. Turns out it’s called Lungwort because it is believed to cure some lung illnesses. Crazy, huh? 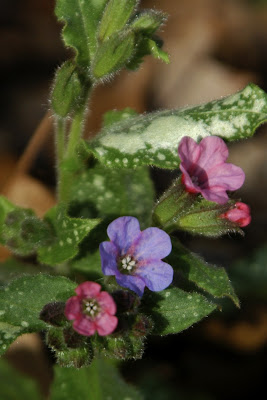 April 12 – As I was taking the Lungwort picture on Monday, I turned around and caught a glimpse of some purple in an area I’d never seen it before. It seems that during our major re-landscaping project last summer, my scilla plants hitchhiked to new destinations all over the yard. Good thing I like them so much! I’d been inside all day and hadn’t realized how nice it was, so,after taking this picture I put on my summer clothes and worked in the garden for two hours. It was fun at the time! Later, I was a wee bit sore but I think it was worth it! 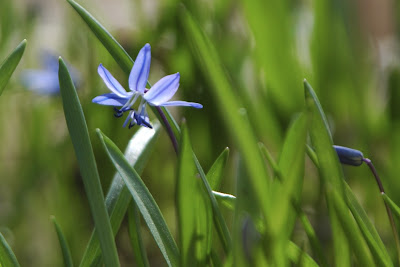 April 13 – One of our favorite pastimes is babysitting sweet Amelia. And, being the full-service babysitters that we are, on this particular night Boppa brought along some equipment to give Amelia her first eye exam. It only lasted about three minutes – long enough to know that she has great eyes. If you want to know how John does eye exams on babies, call him. I know he’d LOVE to explain it to you. 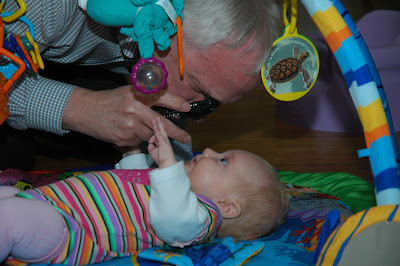 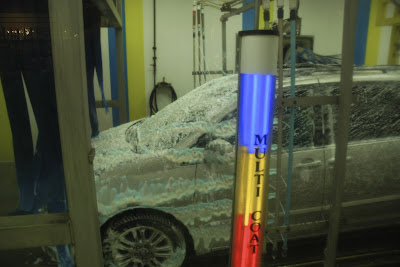 April 15 – I titled this photo “Pokey Woman.” Not because Fiona is slow, but because she is the doctor who administers my acupuncture. I willingly admit that I was VERY skeptical as to whether or not acupuncture would work but I’m happy to say it has, along with a major diet change, changed my life! I highly recommend it! 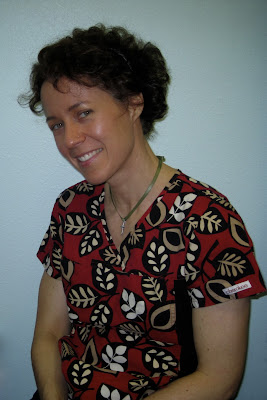 April 16 – Remember that picture just a few days back of the scilla? Well, this is Minnesota and as you can see, the weather can change in an instant! I took this on my way to a breakfast at our church on Saturday. Beautiful, but crazy! 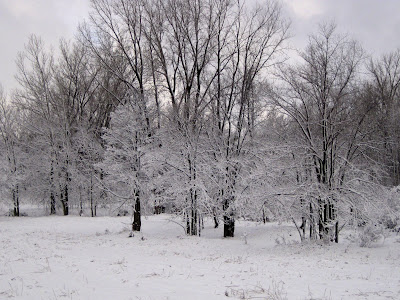 April 17 – It seems like just a few short months ago I saw this sweet girl put her hand on her teeny, tiny, tummy as she helped lead worship during church. That instinctive touch that mom’s do when they are pregnant was my first indication that Liz might be expecting. I can’t wait to meet her little guy in a couple more weeks. (Maybe he’ll make it as one of my “pictures of the day.”) 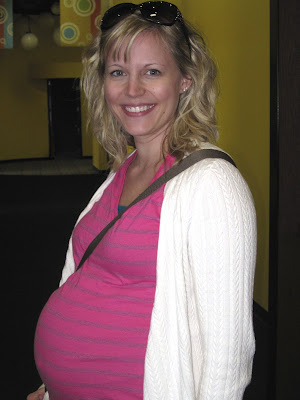 April 18 – This has got to be one of the lamest pictures in my 365 project. I had a busy day and kept forgetting to take a picture so I quick grabbed my camera on my way out of Nordstrom, where I’d stopped to return a couple of things. I ALMOST made it out of the store with a net gain on my credit card. Maybe some other day. 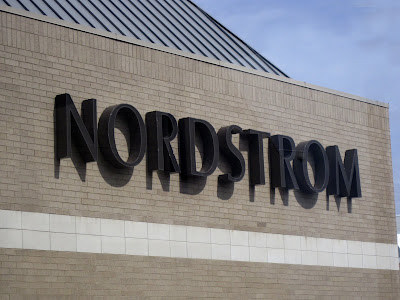 April 19 – I met my good friend, Debbie, at her office in downtown Minneapolis on Tuesday. We needed some time together to share pictures and stories of our new grandchildren. Her granddaughter was born on March 31 and our grandson was born on April 1. I absolutely love going downtown, but not as much as I love spending time with my friend. 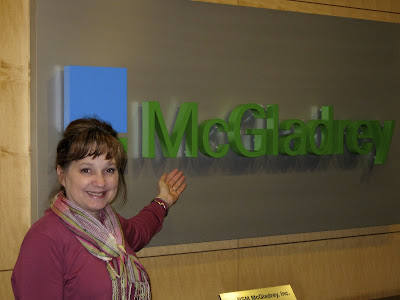 April 20 – Julie has been my hygienist longer than I can remember. She’s the best! The only problem is that when I go there, we get to talking and I’m sure she has to allow extra time to clean my teeth! A few days after my visit I got a handwritten note from Julie telling me how it’s always nice having me on her schedule. How sweet is that? 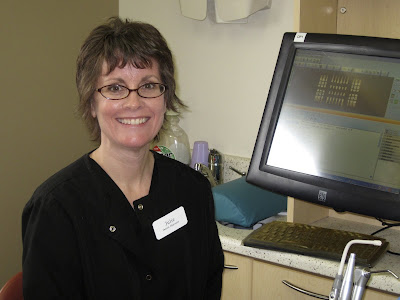 April 21 – This picture was sort of an experiment. I’d read on this blog about the blue hour. It seems there is a time, about an hour after the sun sets, that you can take pictures and the sky is this amazing deep blue color. You need to use a tripod to get a good shot and I’d started by going to the lake but ended up with some rather drab photos. It seems a key component to a “blue hour” picture is some sort of lights, of which there were none at the lake. Once I got home, and realized how bad my pictures were, I quickly went out to the front porch. It was raining at the time so my vantage point wasn’t exactly what I wanted; but it was dry. Thus I ended up with this picture, which I titled “A Rainy Night in the Hood.” 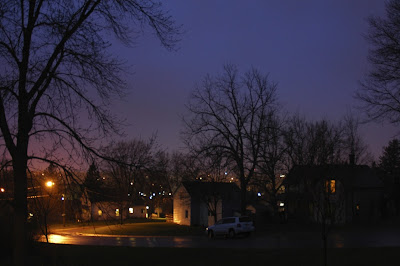 April 22 – I love watching my garden bloom in the spring, even on a rainy day. It always seems like a miracle. I transplanted these Blood Root plants from the woods behind our house into the garden a few years ago. This seemed a fitting picture for Good Friday. 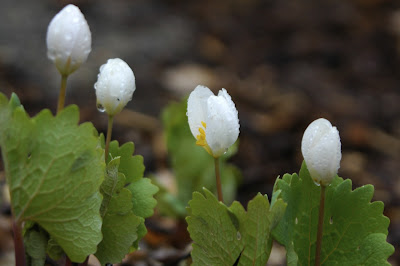 And so, here it is, the end of April already. Keep making memories, taking pictures, and most importantly, spend time with the ones you love.