This blog was written on Sunday, September 18.

Most of our day today was spent at church. The church is helping with the building of a transition home in Moldova. Of course, many of the members haven’t had a chance to get to Moldova so the church basically had a “mission Sunday” to share about the work there, and about human trafficking in general. If you recall from my blog about Moldova you’ll remember that the transition homes are just one way to prevent “at risk” girls from being trafficked.

A couple of us shared about our time in Moldova and how God worked in our lives while we were there. Since I only have one other thing to tell you about today I thought I’d give a brief summary of what I shared with the congregation.

As a little girl I grew up thinking that all children had parents that loved them. Now, of course, I know that isn’t always the case but in Moldova I was overwhelmed by the reality of that fact. The more you hear about human trafficking, the more you want to “fix it” but the problem is too big for one person alone. In fact, it’s pretty much an impossible problem. But God is the God of the possible and he kept reminding me over and over again of the quote that says “no one can do everything, but everyone can do something.” The transition home allowed me so see the hopeful side of things. For this congregation to build such a home may be the “one thing” that will help make a small bit of difference. Pastor Lindsay also shared Andy Stanley’s quote “Do for one what you wish you could do for everyone.” What we do may not seem like much, but in God’s hands it is multiplied just like the loaves and the fishes.

I met a girl at church on Sunday, Tabea, who God is using in a big way to minister to women who have already been trafficked and forced into prostitution on the streets of Zurich. Tabea is a young mom with three kids and was praying for a way to minister to these women using the gift and talent God has given her as a therapeutic massage therapist. With the help of another organization in Zurich, and a miraculous opening in the building adjoining theirs, she goes into the red light district once a week, during the day, to offer free therapeutic massages to the prostitutes. These young girls are so abused and mistreated that they basically set up a stiff wall within themselves as a means of protection. To receive a loving, healing touch is something so rare, Tabea says, that as she starts to massage them their bodies feel like boards more than people. Eventually, as they begin to relax and trust her they will often cry and let down their guard a bit. Because the girls speak so many different languages Tabea’s touch, and ultimately God’s, is the only way she can show them love. To say that I was impressed with Tabea would be an understatement. She is doing the “one thing” that God has called her to do. 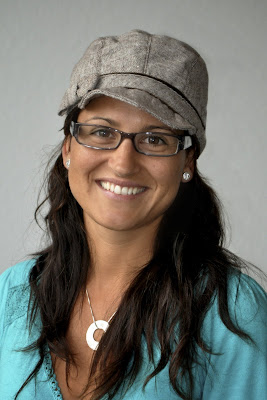