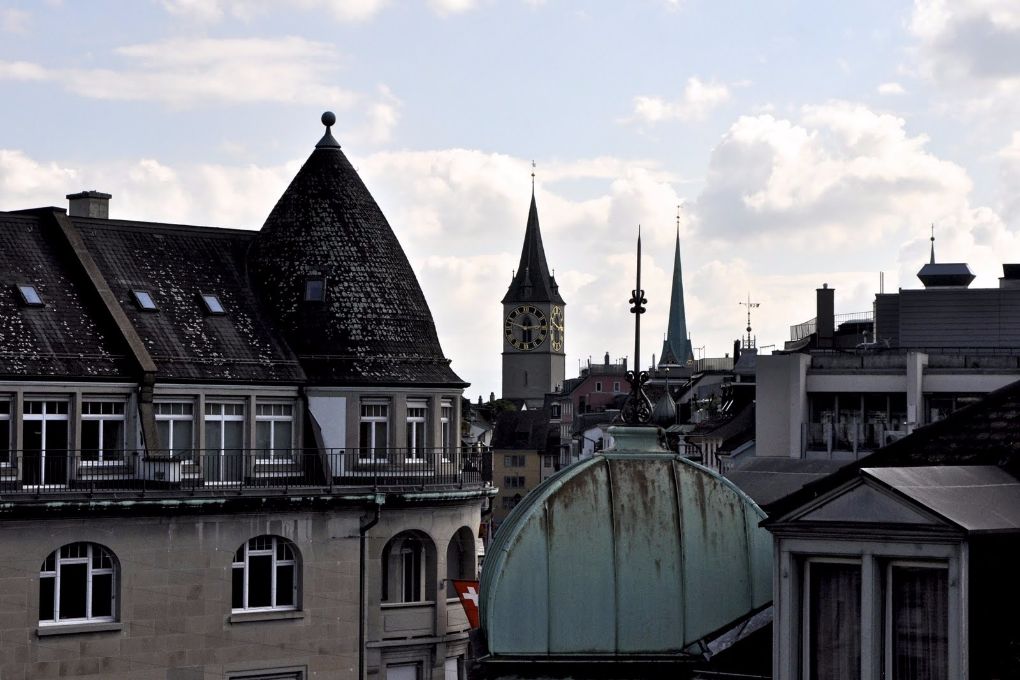 My sincere apologies for the lag in my blog posts about our trip to Switzerland. A case of the shingles has slowed down my writing substantially but there was one very exciting thing that happened our last day in Switzerland that I want to share with you. There aren’t, however, any pictures of the best part of the day so I’ll share a few others with you that I took that day. Feel free to skip the pictures and move to the bottom of the post, if you’d rather.

Our plan for Tuesday evening was to go into the “Red Light District” of Switzerland (yes, they too have a “Red Light District”) to minister to the prostitutes, most of whom have been brought into this position through human trafficking. In the morning we bought some small gifts to take to the girls and put them together in cute little bags in hopes of making them feel special.

At 2:00 we met up with Pastor Desmond, the pastor of the church we were working with, at the downtown Zurich train station. Maybe it’s because I don’t spend a lot of time at train stations that I was fascinated by all the activity. Busy place. Also, this is where the good pretzel stand was located so, of course, we had a pretzel snack to tide us over. 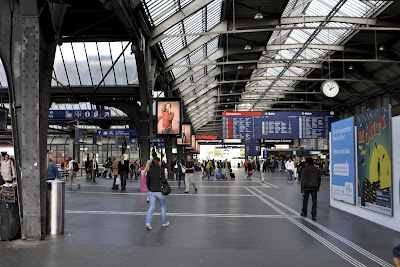 After leaving the train station we did a bit of shopping to stock up on chocolates or any other trinkets to bring home. After finishing up our shopping we went to the top floor of a store called Manor for a coffee break. (And yes, I do realize that it appears that all we did was eat on this trip but it didn’t really feel that way at the time – though my scale might disagree.) One thing I noted about Manor is that they have the exact same logo as Herberger’s has here in MN. Hmmm . . . makes one wonder. The following two pictures were taking from the little deck right outside the eating area. We were in full on tourist mode as we stood out there taking pictures. (As if my white tennis shoes and mega-camera hadn’t already alerted the locals that we were tourists.)

One funny story is about the clock in the background of this next picture. You can see a closer up version in this blog post but as we were walking today I was told that this particular clock has the largest face in all of Europe. A couple hours later we were walking past it again and I heard a man tell his friend that this clock has the SECOND largest face in all of Europe. If Wikipedia is to be believed, it is in fact, the second largest clock face in Europe (by .3 meters) but the largest clock face on a CHURCH. So, now we know. Oh, and it’s St. Peter Church in case you are curious. 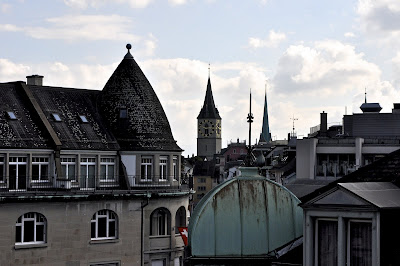 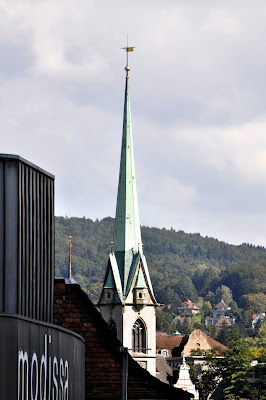 Pastor Desmond knows the owner of the local watch shop and suggested since we had some time before beginning our ministry that we go there and visit the museum in the store’s basement. Wow, fascinating clocks! This first one is just one that I found interesting. I can’t really tell you much about it. 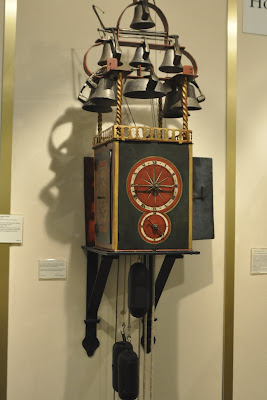 This huge clock has seven faces and dates back to the 14th century. I didn’t catch what all of the seven faces do but besides the one that tells the time there is also one that shows the movement of five planets. Here’s the incredible thing; ALL seven faces are powered by one big weight. Crazy huh? 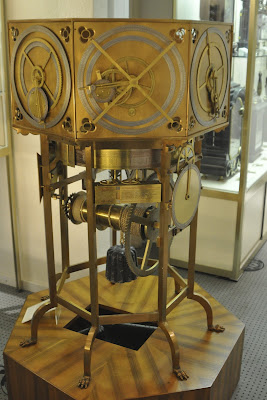 The last clock here is one of four, I believe, that are still in existence. I believe one of the other ones belongs to the Queen of England. I wouldn’t mind having it on my mantle. 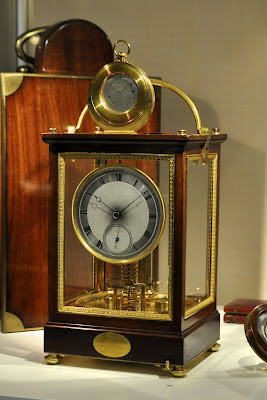 After our tour in the clock/watch museum we were waiting outside and John decided to take a picture of the actual storefront. The man on the left coming out of the store is a security guard coming to tell John that he can’t take pictures! (We’d been given permission to take photos downstairs.) Let’s just say that this isn’t the store you’d want to go to in Zurich for a cheap watch. 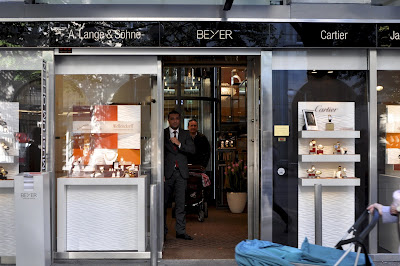 Around 7:00 we headed over to Starbucks to meet up with the women who would join us (actually lead us) into the red light district for our ministry time. To be clear, it was just the female members of our team who visited the girls. The men stayed at Starbucks (or outside of Starbucks actually because they closed at 8:00) to pray for us.

I have to admit I was a little apprehensive about going into the red light district. I had NO idea what to expect. Well, I had some idea, but to be honest, it was much less offensive than I was anticipating; at least from the street view. Our “guide” had a bit of a “route” that she usually takes. She said she rarely sees the same girls because they are moved to and from other countries every few months to comply with visa requirements. We spoke with a number of girls; some in windows waiting for their evening’s work and others just sitting outside of bars. The amazing thing is that all of them were so grateful for the gifts we brought and welcomed the information we had to share with them about Christ. The one girl whose face still sticks in my mind was from Romania. She appeared to be no more than 17-years-old. It made me so sad that she was forced into such a nasty way of life. Tragic!

There was a moment in the evening that was totally unexpected and one I will never forget as long as I live. We were outside of a bar talking to about four girls. We were probably there for about 15 minutes but before we left one of the girls prayed for US! For real!

Let’s say you gave me a list of things I would never anticipate happening in my lifetime that looked something like this and told me to pick the one I would least expect to occur:

1) You will go sky-diving.
2.) You will adopt a child from a foreign country.
3.) You will have twenty grandchildren.
4.) You will be prayed for by a prostitute.

I would put “being prayed for by a prostitute” at the top of the list of things least likely to happen; and, by the way, I don’t much expect the other things to happen either (with the possible exception of sky-diving, but shhh. . . don’t mention that to my mother . . . or John.) It was the most surreal and humbling moment. You can be sure that I had to wipe away a few tears.

And thus, an amazing moment capped off an incredible trip.