You know how you see those people alongside the roads picking up the garbage?  Well, that was our team on Friday, April 27.  On the opposite side of the lake from where our hotel was located there is a little beach area where locals go to enjoy family time.  But apparently, they don’t clean up.  Bizarre.  It would probably help if there were some garbage cans in the area, but there aren’t.  So, our team had their work cut out for them. 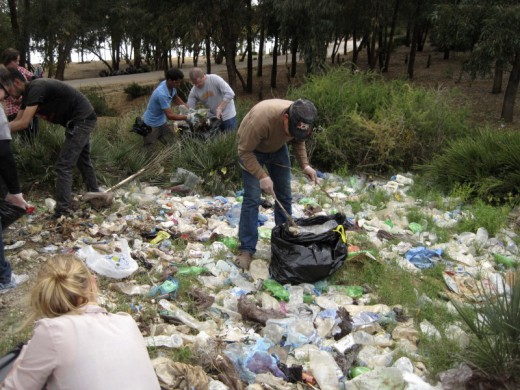 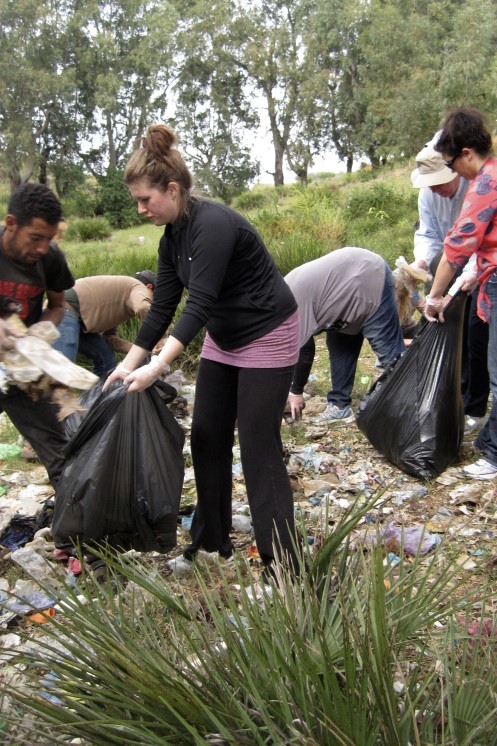 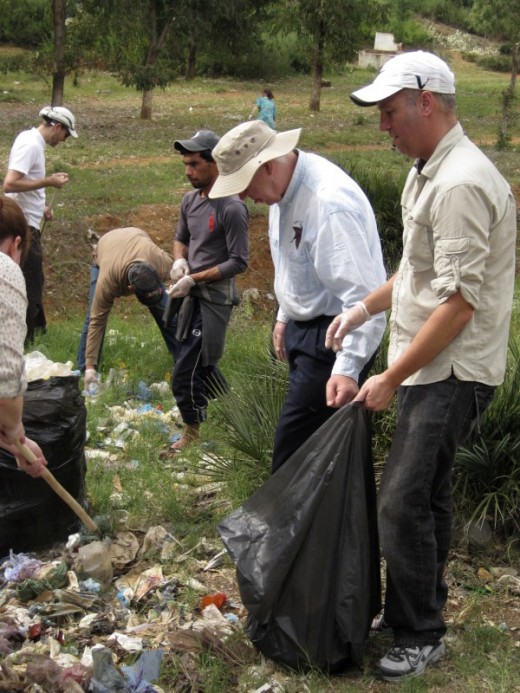 Perhaps you’ve already noted how I refer to our team as though I wasn’t a part of the group and well, this would basically be true.  You see, with there being a party planned for the next day there was a need to fill 125 bags of candy for the kids and, well, someone HAD to do it so when they asked for volunteers my hand went up faster than lightening.  So, while the rest of the team was outside enjoying the fresh air and gathering garbage, my friend, Patti, and I LABORIOUSLY packed 125 Ziploc bags full of candy.  It was a sacrifice to be sure, but hey, someone had to do it.

O.K., the truth is that Patti and I had a fabulous time packing the candy and getting to know each other better while the rest of our team, and some kids we’d hired to help, filled 180 large garbage bags!  Patti and I were able to join them after lunch but we didn’t really have to work very long before the job was done. I do believe, though, that I filled a half a bag.  And pictures, I took pictures to document the work done.  Let’s just say, I worked within the realms of my skill sets. 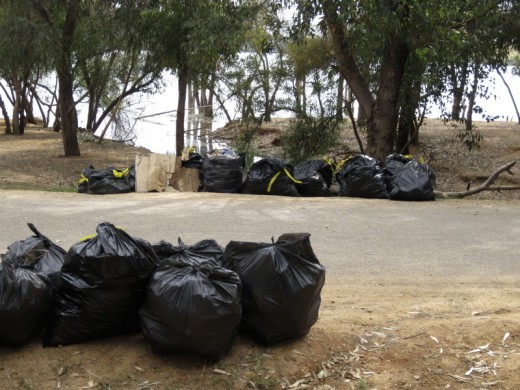 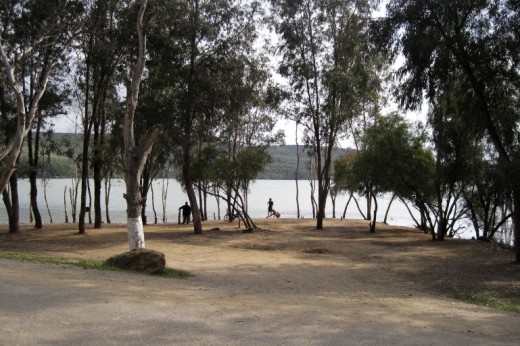 Because I’m writing this after returning home I can tell you what happened the next night as a result of the trash pickup.  We went for a late dinner at the restaurant at our hotel.  There was a couple there that looked to be an American couple and I’ve gotta tell you I wondered what in the world brought them to this little-known town in Morocco.  As we were walking in they asked if we were the group that had cleaned up the lake.  I was standing closest to them so I said yes as though I personally had done the bulk of the work myself.  They thanked us and started clapping!  They went on and on about how nice it was and how great it looked which implied that they’d seen it when it didn’t look so great.

As it turned out they are working at the American Embassy in Rabat (Morocco’s capitol city).  They told us that they’d be letting the Embassy know what we’ve done.  And once again, I see that God has a purpose and a plan for the reason we were in Morocco.  I may never know the reason entirely (at least not on this earth) but the sense that I went for no good reason was quickly fading from my thoughts.