I’m not a professional photographer by any means, but I know enough to recognize a great picture when I see it. And, sometimes when I look at a picture I wonder how the photographer managed to show up, at say the Grand Canyon, just as a storm settled over it and the lighting was perfect. I realize that people who take exceptional, National Geographic types of shots, spend a lot of time just sitting and waiting for the perfect moment. They get up early in the morning to catch the sunrise and sit outside in sub-zero temperatures for hours to capture the Northern Lights. I will never be that kind of photographer; primarily because I’m not a morning person and I’m not terribly fond of the cold. Nonetheless, sometimes a good shot is simply a matter of ending up in the right place at the right time. This weekend, I was in such a spot.

We were traveling in northern Minnesota and the hoarfrost was something to behold. The whole morning had been beautiful but at one moment in the trip we rounded a curve and the sight was like none I’d ever seen. The trees sparkled as though God had taken a shaker of white glitter and poured it over them.  It was breathtaking. I can’t even begin to describe the moment. I’d say it looked like a movie set but it was even more perfect than that. I actually got tears in my eyes. I know . . . it sounds corny.  But for a few minutes I felt like I was in the presence of God; the holy creator, designer and artist. It was AWESOME! 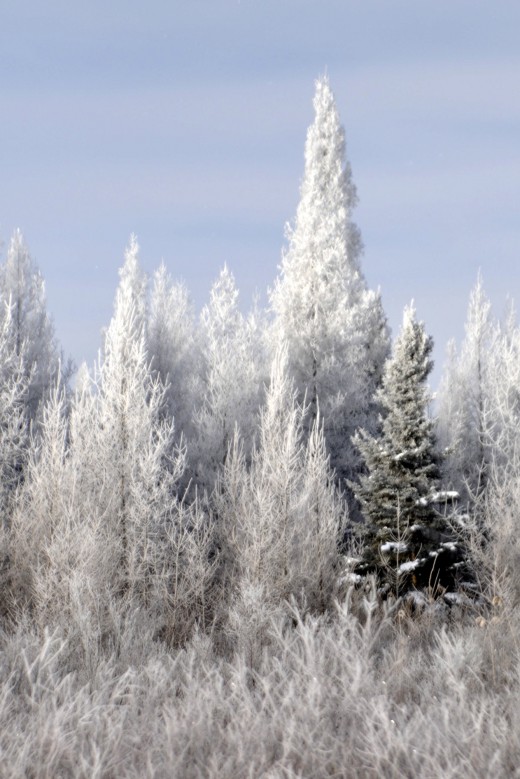 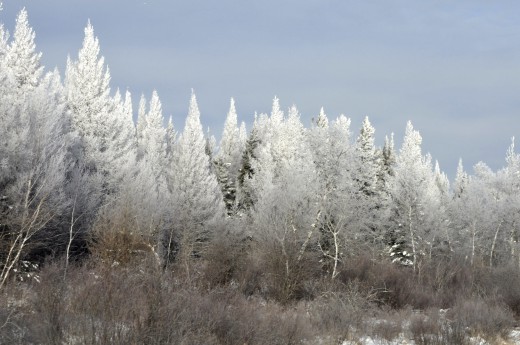 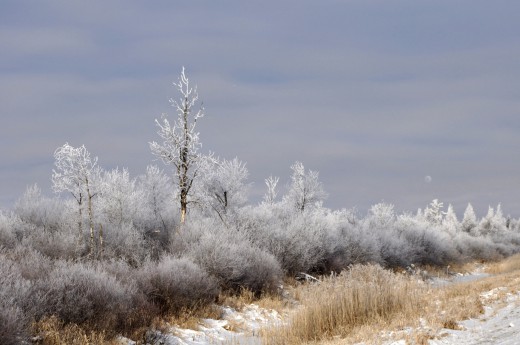