Most people would be shocked to know that one of the things that attracted me to my husband, John, is that he liked to camp. It’s true though. When I was growing up in California I was a part of a very fun Girl Scout troop and we did a lot of camping. I loved it! Granted, I wasn’t so fond of the time we went backpacking but the camping that didn’t involve carrying things up a hill on my back was a blast. When I met John I was excited at the prospect of being able to go camping with him as we traveled through life together.

What I didn’t understand, however, is that John and I had totally different ideas on what it meant to camp. I also didn’t understand that camping in Minnesota is a totally different experience than camping in California. When I camped in California it was always at an established campground, with a team of people, and a bathroom in close proximity of our campsite. John’s idea of camping is to find a remote location, by ourselves, with nary a toilet in site. The other huge difference between camping with my Girl Scout troop in California and camping with John in Minnesota is the size and quantity of the bugs. While there are bugs in California there are considerably less mosquitoes and the ones we did have were about half the size of the ones in Minnesota.

In other words, after one night of camping in Minnesota I was longing for a hotel, preferably one with room service.  Roughing it just isn’t my style. I like lights, I like electricity, I like the fact that the place I sleep is generally free of biting insects and spiders.

As you might imagine, then, when an overnight trip to a game park in Swaziland featuring huts without electricity and with thatched roofs (where bugs and geckos hang out) was presented, I was less than excited. It sounded a lot like camping to me. Though I knew it would be fun to see the animals, the rest of the trip seemed more like torture than the “fun” that it was designed to be.

And what was my biggest concern? My hair. Pretty much all the other women on the team had long hair that could be pulled into a ponytail or naturally fell straight. My hair, on the other hand, has the potential to stick straight out in several directions when I get up in the morning. I totally understood that I was having first-world problems in a third-world country; it just didn’t help my mood at the time. Neither did the fact that I was extremely tired at this point in the trip. But, after a good cry (yes, it’s true, I cried) I put my big girl panties on and determined to make the best of it.

When we arrived at our hut I did a quick survey to see if there were any visible bugs in the room. The room and the thatched roof looked fairly clear, but there was a can of roach spray on the counter. I thought, “Well, this will be good to have on hand if there are any roaches but what am I to do with the non-roach types of critters?” Screens on the windows were an added bonus as that isn’t always the case. I started to breath a little easier.

Soon, it was time to head out on our game drive and it did not disappoint; lions, elephants, vultures and beautiful vistas were a part of our evening drive. 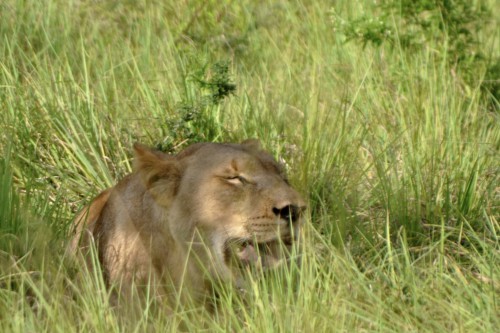 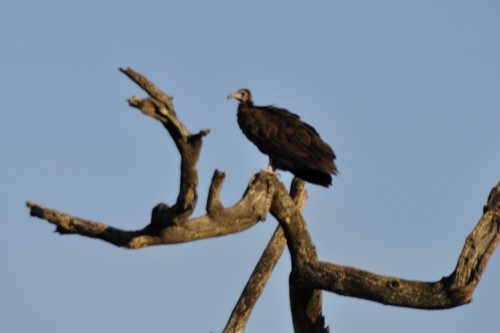 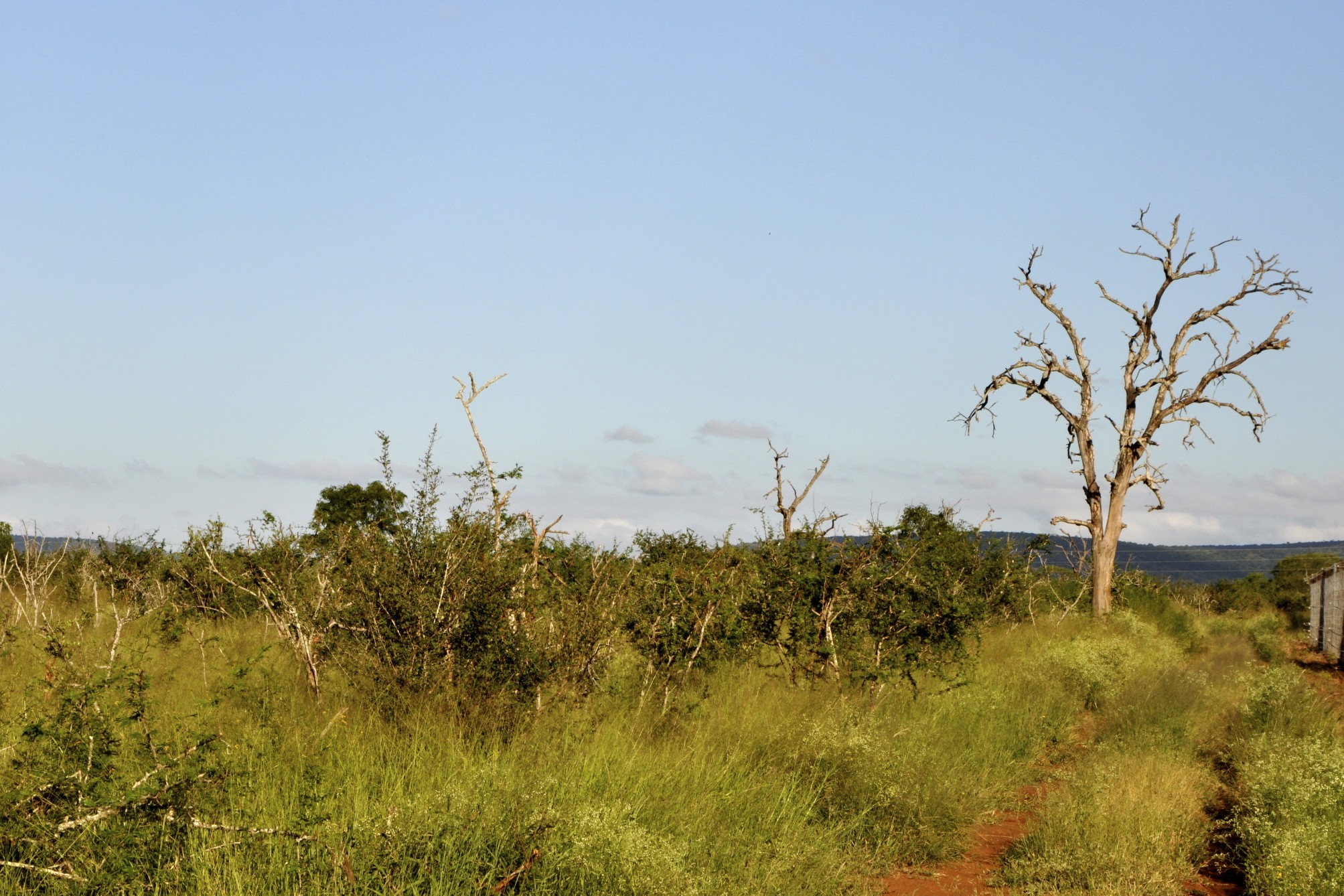 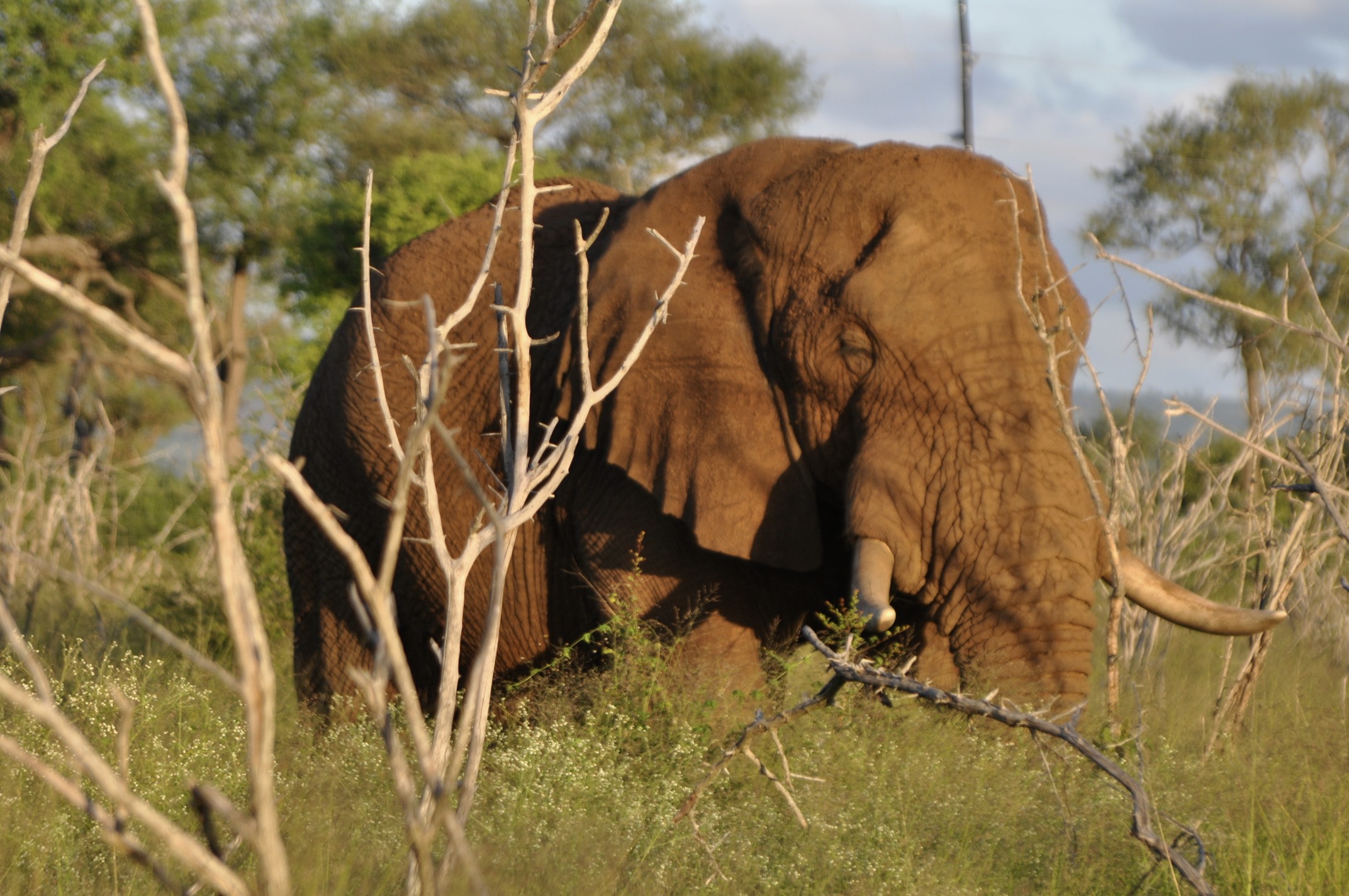 Before climbing into bed at the end of the day I double-checked it for bugs; using my flashlight and the gas lamp provided. In my world, if there aren’t bugs on the bed when I get in they most assuredly won’t show up in the middle of the night. Please, let me continue to live in this delusional state. 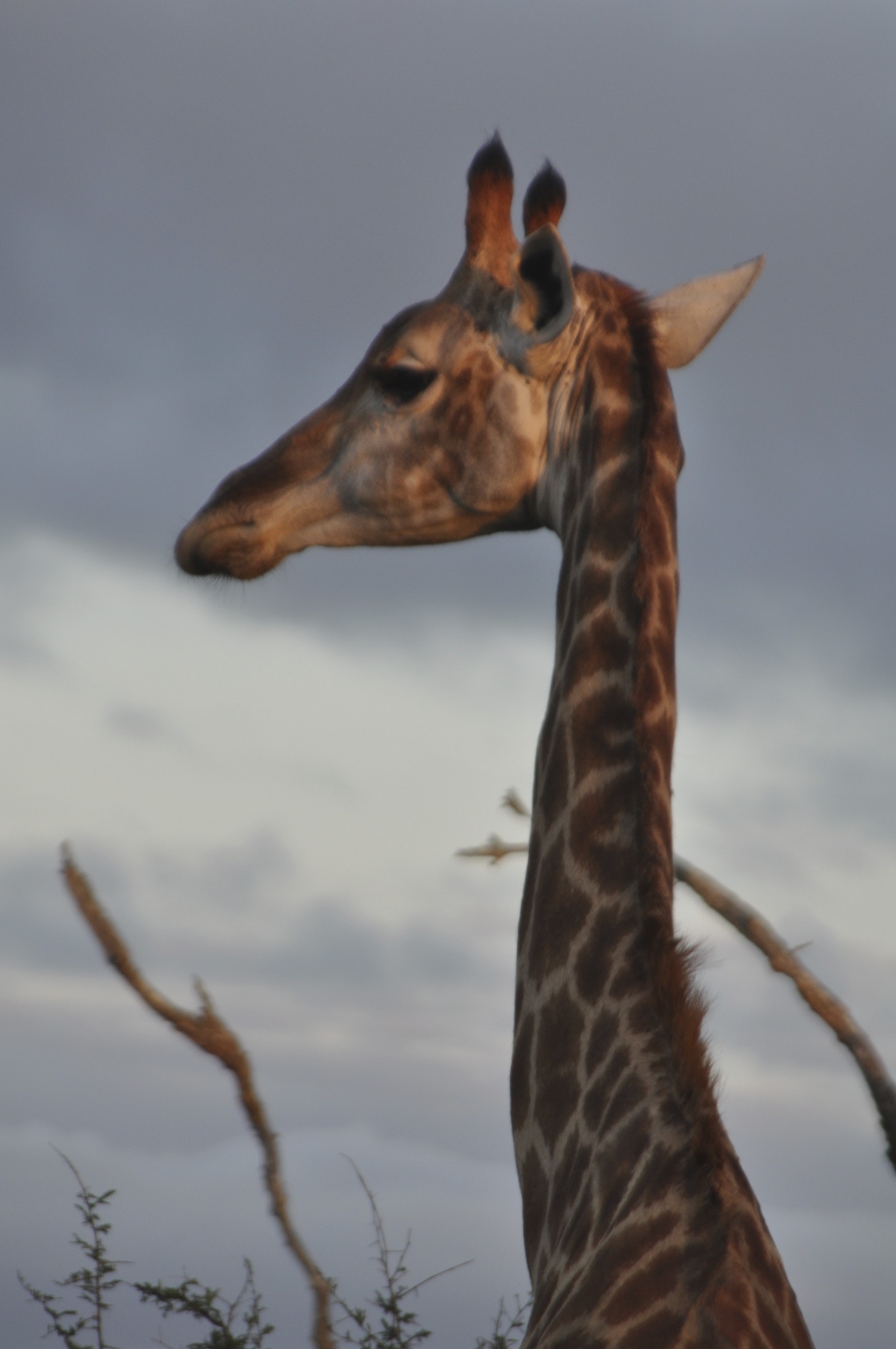 When the alarm went off at 4:30 AM for our early morning drive I realized I had slept better that night than any other night of the trip. 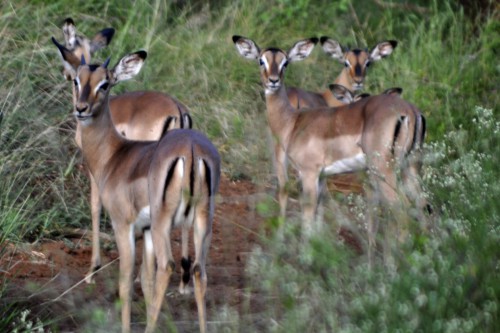 As an added bonus, my hair looked somewhat respectable. And, as we headed out to see the giraffes, impalas, rhinos and storks I could almost hear God say, “You see, Nancy, I’ve got your back. There was no need for the d 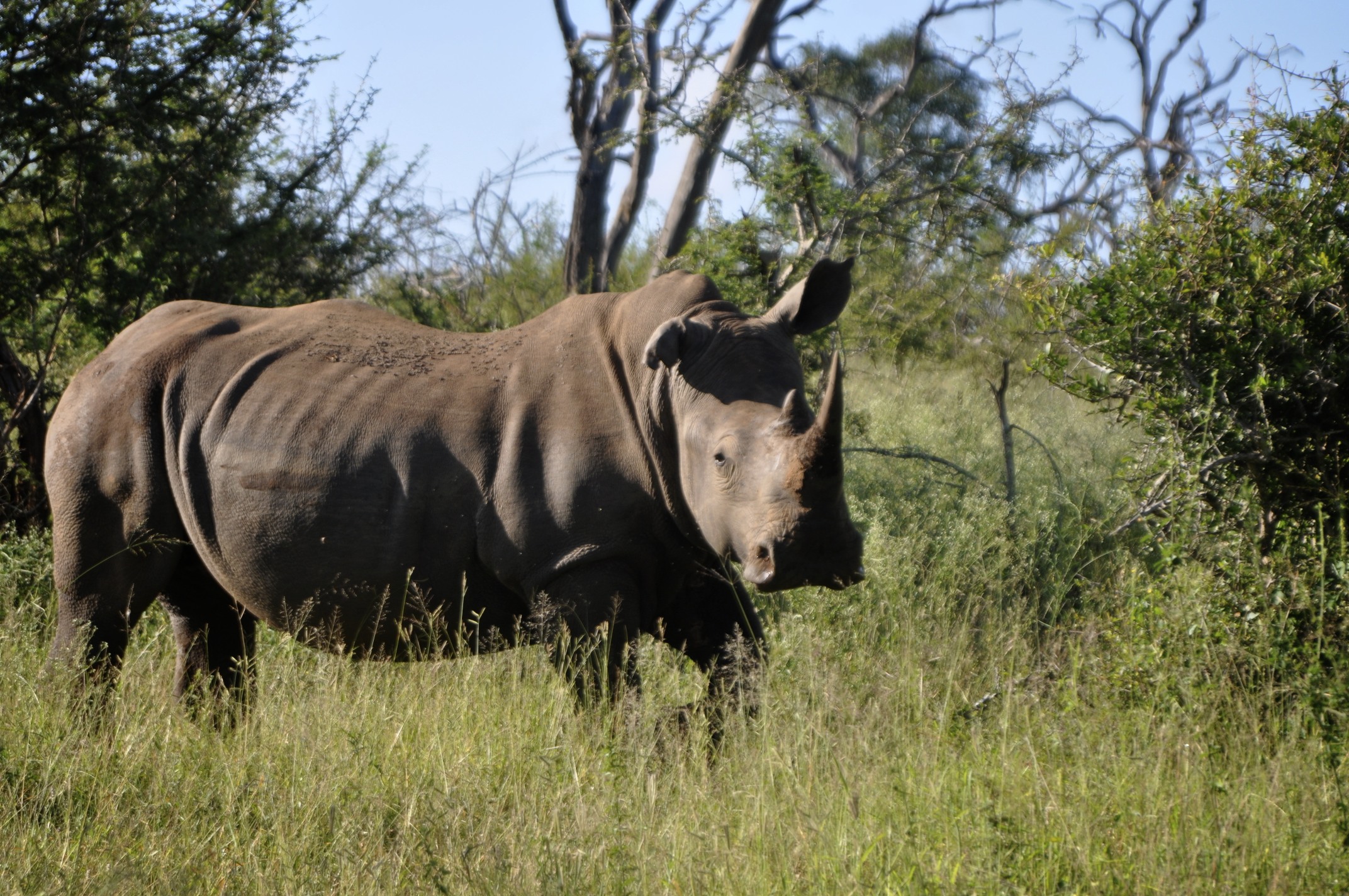 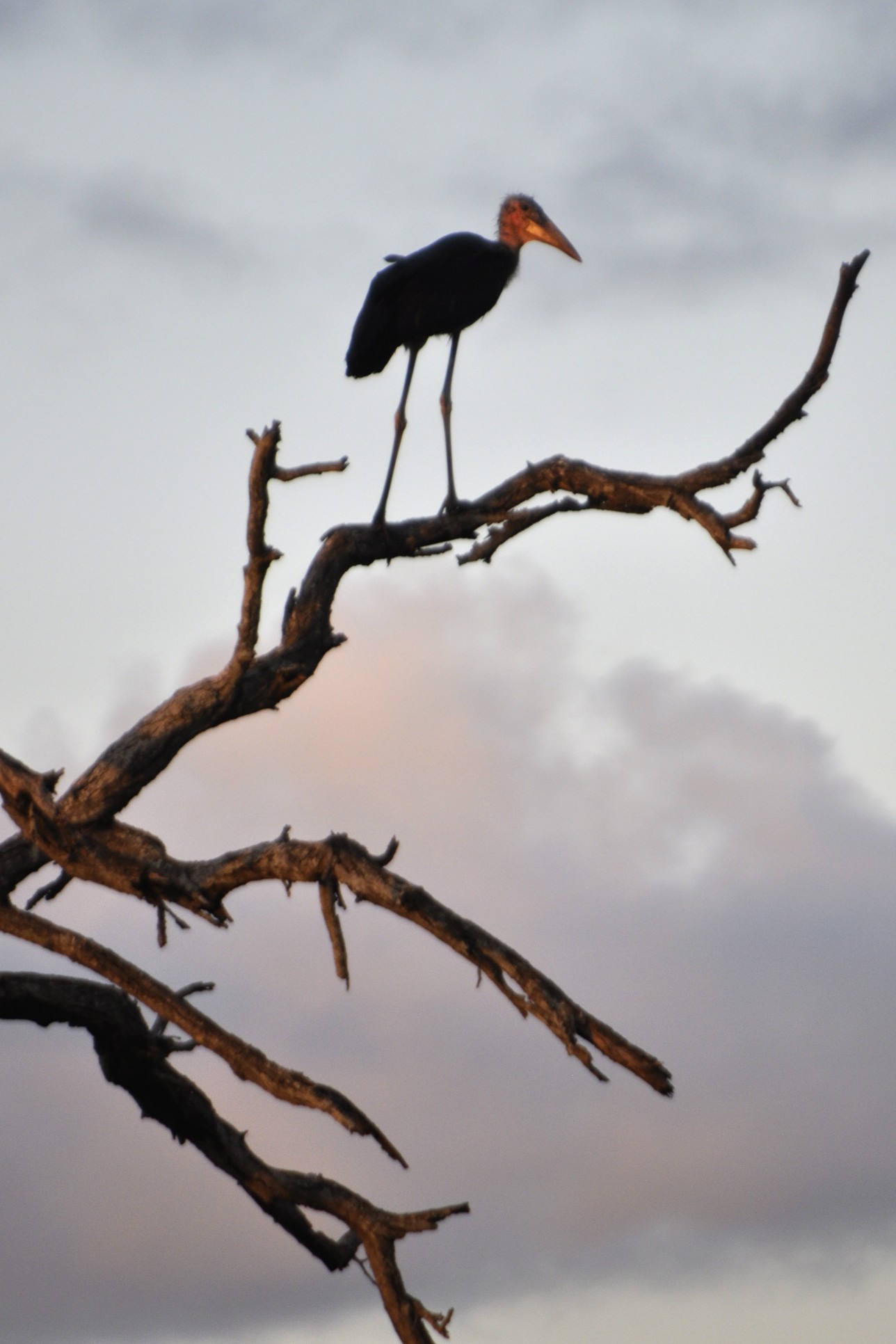 And once again, I am reminded to trust the One who loves me so much that he knows the number of hairs on my head – and keeps them under control at just the right time.