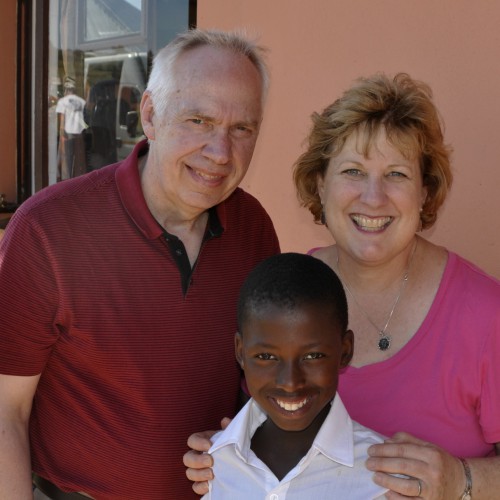 I have just one more story to tell you about our trip to Swaziland. In theory, this should be an easy story to tell but in reality I’ve struggled more with writing it than with any other. The short story here is that we were able to meet the little girl that we sponsor through the organization One Child Matters. In Swaziland One Child Matters partners with Children’s Cup to provide care, education, food and Christian teaching to children living in impoverished regions.

There were several people on our team who are sponsoring children in Swaziland and we’d been told in advance that we’d have the chance meet with our child. I was so excited, but to be honest, a little bit nervous. What would I say? Would she like us? What would we do during the time we had together? All of the children who had sponsors on the trip were bussed in to meet us at the Children’s Cup Global Leadership Academy. (I haven’t told you much about the amazing Global Leadership Academy – and their directors – but check out my friend Gretchen’s blog to find out all about it.) The bus arrived right around lunchtime, along with Kentucky Fried Chicken for the kids. Let me just tell you that KFC in Swaziland beats any KFC you’ll find in the United States and I was just a wee bit jealous when I found out that the chicken was only for the them.

When the kids arrived I was hoping that I’d recognize our “daughter,” Nathando, but there were a couple of girls about the same age who shared a similar haircut so I was out of luck. Soon enough, though, we were matched up, given our meals and sent off to find a place to enjoy our lunch. We were also assigned a translator and even though Nothando speaks some English it was very helpful to have the translator. At one point I asked her if she had any animals and I thought she said she had a cat and a duck. So then I asked her if her family got eggs from the duck. I could tell that she thought that was a strange question but I couldn’t figure out why until her translator explained that she’d said DOG not DUCK. Well yes, that would make getting eggs a bit more challenging.

After lunch we gave Nothando a backpack filled with small gifts. It had been hard for me to decide what to bring but I ended up taking an Uno game, some art supplies, a miniature stuffed sock monkey, candy, and a compact mirror. She giggled a bit when she saw the stuffed monkey and seemed to like the art supplies, but it was the mirror that she clearly liked the most. One dollar – that’s what the mirror cost – but the response from Nothando was worth thousands. She opened it up and very quietly gasped that excited kind of gasp a person reserves for when they’re really excited. Then, ever so softly she said “oohhhh, a mirror” like it was the most precious thing she had ever received. You see, mirrors aren’t a normal commodity in the impoverished homes of Swaziland. I wasn’t sure we’d get her to put it away for the rest of the afternoon she was so excited to look at herself. And who can blame her – she’s adorable. 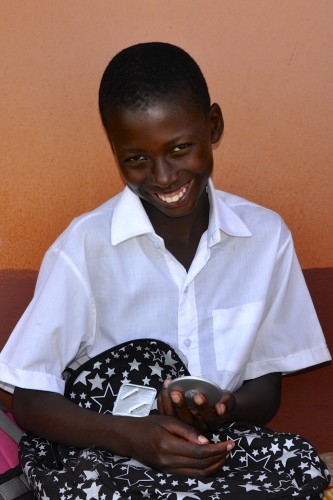 During our time together we played Uno, talked, and took a walk to the nearby Children’s Cup Care Point. The care point Nothando attends is much like the one we visited but at her care point they don’t have swings yet and she loves to swing. 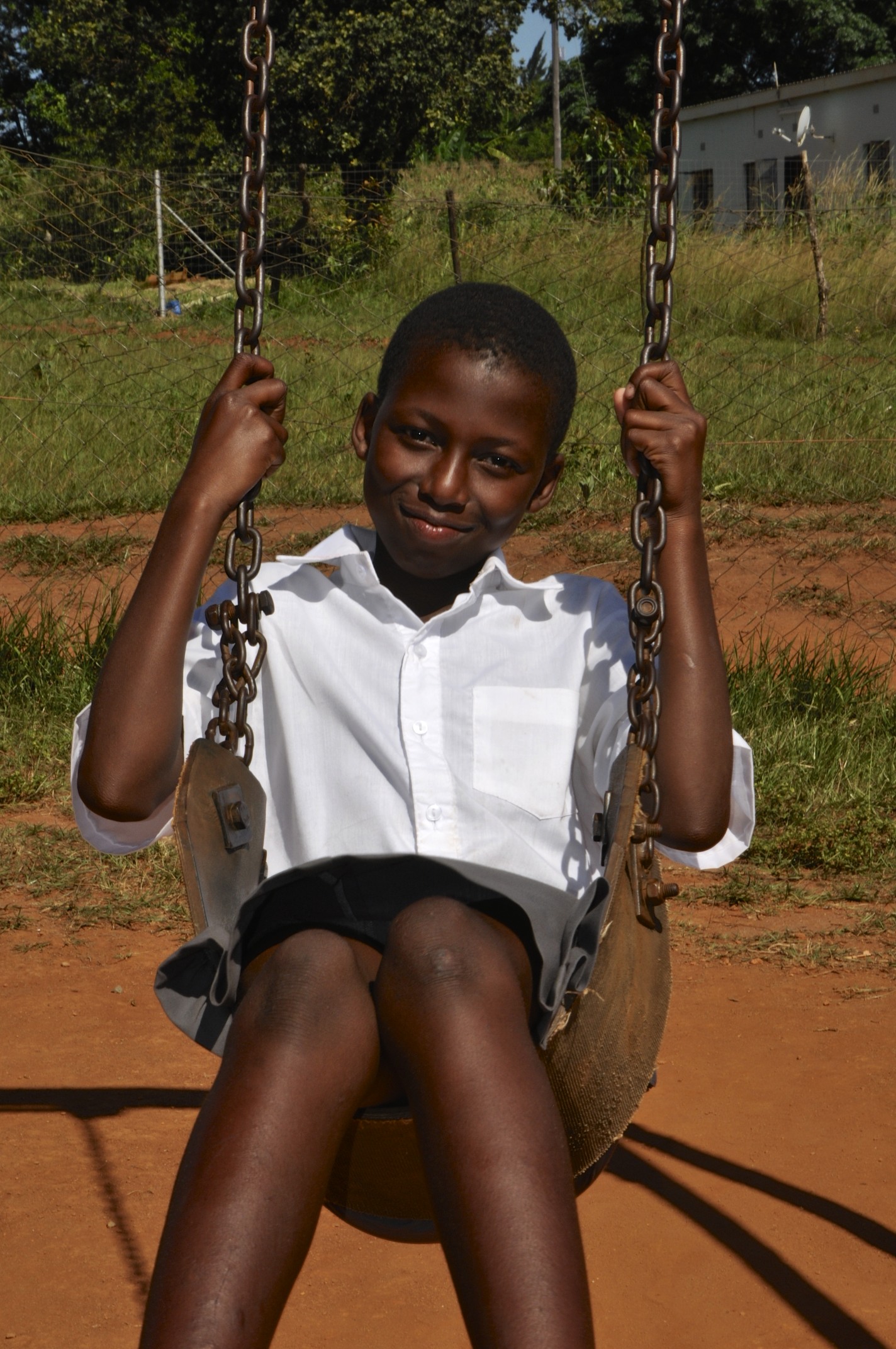 Despite all the fun we had the best part of our time together happened when we were walking down the dusty road to and from the care point. It was then that Nothando slipped her hand into mine and held on like little girls do with their mommas. She captured my heart.

You might be wondering why it was so hard for me to write about this experience. Here’s why. I’m embarrassed to tell you it made a difference in the way I feel about her. It’s not that I didn’t love her before but now I know I love her! Now she’s not just a picture on a piece of paper. She’s not just a little girl in need of food, clothing, and education. She’s a child who doesn’t just need to be supported financially, but also emotionally. Why did I not understand that before?

Before we left we had the chance to pray with Nothando; that God would bless her, and care for her, and show her the great plans He has for her life. We hugged her, told her we loved her and swallowed our hearts when she asked, “When are you coming back?” It was a hard good-bye. 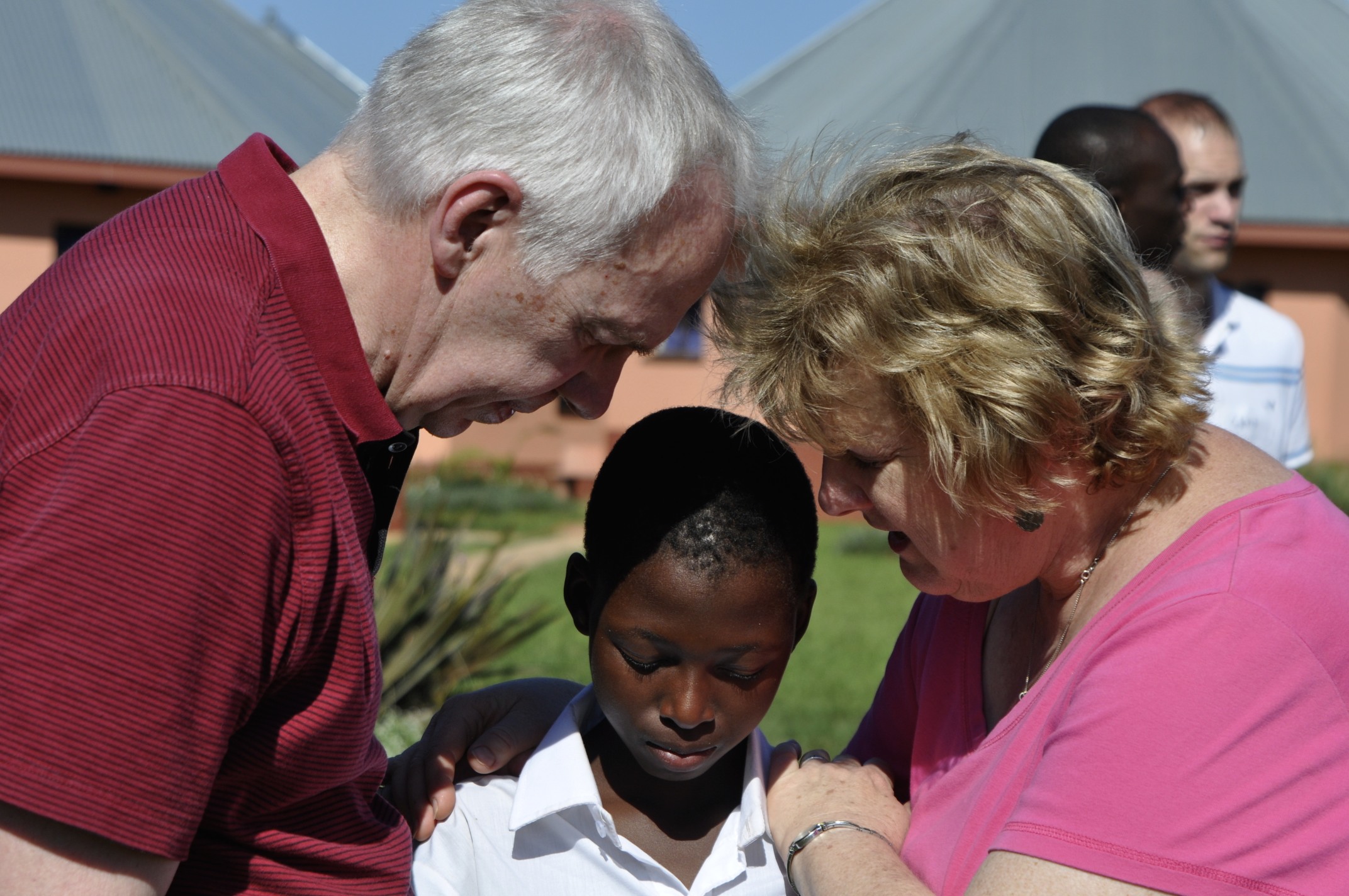