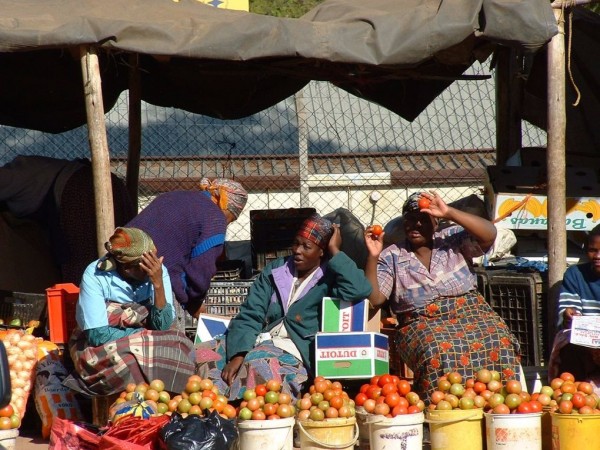 John and I returned last Thursday from a mission trip to Swaziland, Africa. When a person comes home from a trip such as this the obvious question from friends is “How was your trip?” Even after nine mission trips I find this an incredibly hard question to answer.

There are so many things that happen on a mission trip that it’s hard to quickly summarize it all into a few short sentences. I’ve seen poverty that most Americans can’t even fathom. I’ve met women who work harder to wash a few items of clothing than I work to do four loads. I’ve seen young girls who are at great risk of being victims of human trafficking and others who are already caught in the web. And, I’ve held crying women in my arms that are struggling with a depression they can’t seem to shake.

It’s overwhelming and hard to put into words when someone asks the seemingly reasonable question, “How was your trip?” It takes me a few weeks, sometimes even a few months, to process all that I’ve seen and experienced; which is what makes the ever-present question so challenging.
It’s not all hard though. One of the joys of going on a mission trip is having a front row seat to some pretty miraculous stuff. Don’t get me wrong, I know that miracles happen every where – every day; it’s just that I can get so wrapped up in my own little world that I miss them.  Even on a mission trip I can get pretty self-absorbed (I’ll save that story for another day) and miss the miracles, but on this trip to Swaziland I actually watched God multiply time. Let me explain.

My husband, John, is an optometrist. He had the opportunity to spend a day examining eyes and providing glasses for people who needed them. Knowing the hours available for seeing patients John figured he’d be able to see about 70 patients. When we arrived at church on Saturday morning (the day planned for eye exams) there were already at least 50 people in line to have their eyes checked. John, two team members, and I got the “exam room” set up and glasses ready to dispense. I walked back out to do my job of putting drops in everyone’s eyes (a job which requires no special training other than the ability to pry open eyes that refuse to cooperate) and saw that the line of patients had already doubled and it was only 9:00 in the morning! I would just barely get the drops in a few people’s eyes and it seemed like another 20 people would show up. By 10:00 AM there were nearly 150 people waiting. 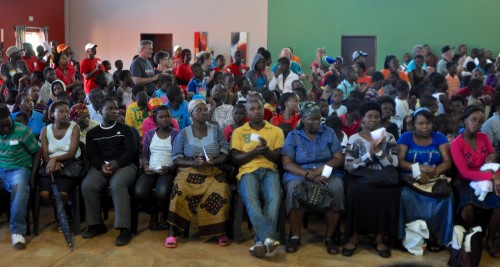 (Most of the people sitting in this picture were in line.) I knew there was no way that John could see them all and my heart was broken. The nurse with Children’s Cup (the organization we worked with) encouraged me while tears flowed from my eyes. She told me that God only asked us to do what we could. Still, I grieved as we made the announcement that there would not be time to see everyone. 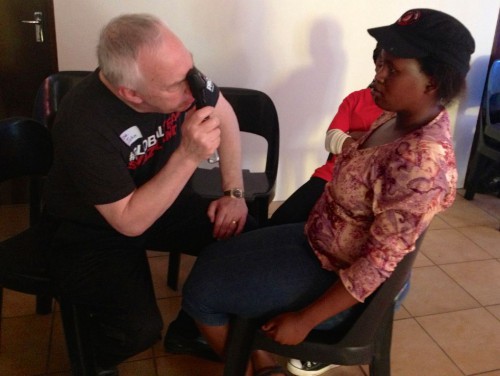 Running through my mind, however, was the story from Matthew 14 about the feeding of 5000 people and I thought to myself, “If God can feed 5000 people (and really he fed even more than that) with five loaves and two fish then he can surely multiply time and allow John to see more than 75 people.” And I prayed for that exact thing – for God to multiply time. I had counted the people up to the 70th person and when I saw him move to the front of the line by 1:15 PM, I knew I was watching a miracle take place. At the end of the day nearly 150 people had been seen.  Though some had left when we made the announcement earlier no one who was still there was turned away. We’d also told them that John could see the first 20 people who showed up on Sunday morning; he saw 35 more. In those two days over 125 pairs of glasses were dispensed. 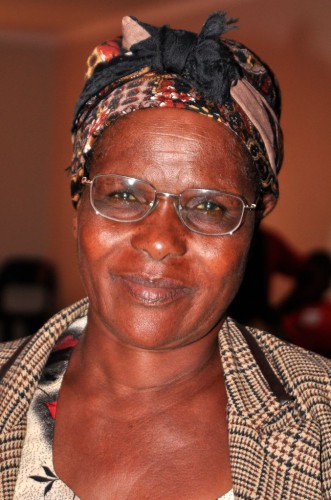 Seeing that all transpire was amazing but equally as awesome was watching one woman look through her new reading glasses for the first time. The smile that spread across her face as she realized that she could read again would melt even the hardest of hearts. On that day, in her world, she was experiencing a new kind of miracle, the miracle of sight.