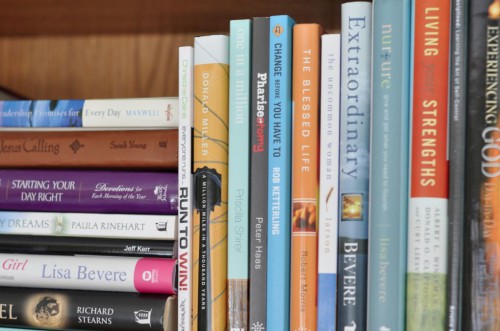 I decided the other day that I was going to make a list of all the books I’ve read since the beginning of the year. I was pretty amazed to realize that I’ve already read ten. Of course, we had that whole television blackout in January, which left me plenty of reading time, but still, only half of these books were read during that time. Granted one of the ten only had 42 pages which my son says doesn’t count as a real book unless he can count One Fish, Two Fish. Trust me there were many other reasons NOT to count that particular story as a book at all, but I persevered to the end thinking it might get better so I’m counting it. Actually, since it never got better I figure I should get extra credit for my perseverance.

Since I’m always interested in hearing what other people are reading and what they thought of any one book in particular I decided to share a few of my favorites from the past three months with you. It was hard to choose. I liked eight of the ten!

Ir-rev-rend by Greg Surrat (Biography/Autobiography) – I probably would have listed this book under the genre “Christian Living” but in an effort to get it right, I decided to look it up. I was somewhat surprised to find it listed as an autobiography. I suppose though, you could call it that. It’s basically a collection of stories from Pastor Greg’s experiences and the lessons he’s learned along the way. This was a fun book. It made me laugh (to the point where I nearly spit out the water I was drinking), it made me cry, and it challenged my thinking. I would highly recommend it, especially for people who either want to better understand the inner workings of a church or for those who are a bit disillusioned with the church.

One in a Million by Priscilla Shirer (Christian Living) – Loved, loved, loved this book! Based on the truth that only two of the original two million people God brought out of Egypt made it into the Promised Land, Priscilla shows us what it takes to be “one in a million.” She challenges the believer to step out of the everyday rut of Christian living and into a relationship that anticipates God doing the miraculous in our everyday life. And, just to prove to me that He does do some pretty amazing stuff, my daily Bible reading plan (that someone else has chosen) was about none other than the Israelites escape from Egypt and their eventual entrance to the Promised Land. It’s like He had a plan all along. Hmmm . . .

Beyond Belief by Josh Hamilton (Autobiography) – I enjoy biographies. People are interesting and though Josh Hamilton is a baseball star, which is totally uninteresting to me, I loved reading his story. Josh, an all-American kid with some mad baseball skills, was destined to make it to the big leagues, until, that is, he nearly threw it all away for drugs. It always fascinates me to learn how a person’s mind works when they are making horrible, life-altering decisions. If you know baseball, you know that Josh is now playing for the Los Angeles Angels, fully recovered, thanks to his loving, feisty grandma and Jesus. Reading his story ALMOST makes me want to watch baseball this year. Time will tell.

Leota’s Garden by Francine Rivers (Fiction) – Where fiction is concerned, you just can’t go wrong with a Francine Rivers novel. What’s funny about this book is that as I started to read it, I knew the story. I could visualize the characters, the garden, and the house. I was certain I must have seen a movie based on this story but an extensive Internet search provided no hint that a movie had ever been made. Is it possible that my imagination is wired so that I can even remember the looks of the characters I’ve created in my mind? Crazy! Despite the fact that I’ve clearly read the story before I decided to finish the book because, well, I’d forgotten the ending, and hey, it was a good read.

Leota’s garden started out as a Victory Garden during World War II. It became her sanctuary during the time she and her children lived with her in-laws while her husband was off at war. But, as she aged, her garden, like her relationship with her children, had died off. She was tired, forgotten, and hurt. Determined to stay in her home, but without the support of her family, Leota calls a volunteer agency for some help. She soon realizes, though, that the volunteer who shows up is more interested in using her as a subject for his college paper than being helpful. Then, one unexpected day, her granddaughter arrives determined to develop a relationship with the grandmother she barely knows. Can Leota’s garden, and her relationships with her family, thrive again?

How about you? Have you read any books lately that you’d recommend? I’d love to hear about them!

2 comments on “Looking for a Good Read?”