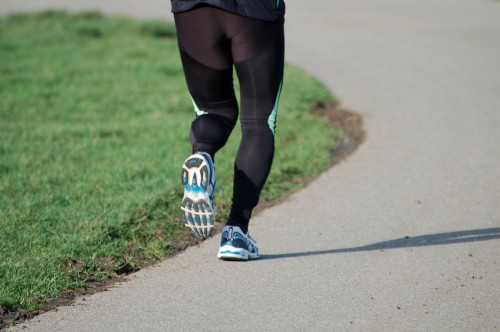 In 2002 I started exercising. I know what you’re thinking: “not until 2002?” And the answer is, “Yes, not until 2002.” Exercise didn’t seem necessary when I had young children at home (although in hindsight, it might not have been a bad idea) and then I kind of got into the habit of filling my days without taking the time to exercise. Anyway, in 2002 I joined a workout center and started exercising. One of the workout enthusiasts at the center told me that “exercise is addicting” and “you’ll want to come all the time.” I’m still waiting for that addiction to kick in.

However, there is one aspect of exercising that I just may have developed an addiction to – the clothes. Maybe that’s where I went wrong in the first place. I didn’t buy the clothes. Perhaps it was my lack of exercise excitement that made me think buying specific exercise clothes was a waste. I had an old pair of stretchy pants around and plenty of t-shirts; why would I need to spend perfectly good money on exercise clothes? So, I’ve spent the last 11 years wearing old t-shirts and pants to the workout center or on a “walk workout.” Granted, every now and again I’d need a new pair of stretchy pants but never once did I consider using anything other than a t-shirt for my top . . . until recently.

I purchased my first “exercise outfit” this past February although I didn’t exactly purchase it for exercising. What I needed was something that I could wear for 17 hours of plane travel to Swaziland; something that felt like pajamas but looked like a somewhat decent outfit. I was short on available shopping time so I went into the closest department store, found a pair of sweatpants, a short-sleeved top and a matching lightweight sweatshirt, bought it all and left. I think it’s somewhat ironic that an outfit, which I basically bought for sitting around and doing nothing in, is made by a company called “Xertion.”

Well, I was unprepared for just how luxurious exercise clothes are. I mean they are indeed pajama like cozy, as they should be. If you have to exercise you should be comfortable, right? But here’s the great part. If you aren’t exercising – or even thinking of exercising – you can still wear them and people will think you are either on your way to or from the gym!

This is how I picture the thoughts in other people’s heads: “Oh look! Nancy’s got her workout clothes on. She must be on her way to the gym. Good for her.” I suppose it’s possible, being as I live in a small town, that if I don’t actually start to tone up or lose weight, people may catch on to my charade but hey, I figure it’s good for at least a year. And, if summer ever comes to Minnesota, I’m ready. I just got a new outfit last week.