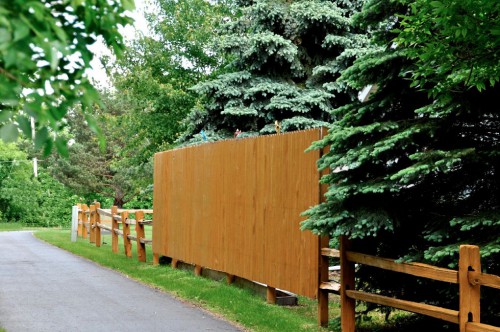 “Lord, please guide my conversations and my interruptions today,” is the prayer I’ve been praying lately. I’ve come to realize that though I may have a long list of “to-dos” planned for the day, God might just have different plans for me. You’d think, after praying like this, I’d be ready for the interruptions that come my way but that is not always the case.

My plan for this morning was to get out early for my walk, come home and get ready for a 10:30 appointment. In an effort NOT to stink when I got to my appointment I decided to postpone my makeup and shower until after my walk. And trust me, this WAS NOT a pretty look. My hair needed to be washed and I had to take the curling iron to it just to make it presentable for human scrutiny. I reasoned that it was still early in the day and not many people would be along the trail to see me. When you live in a small town, such as I do, this is a stupid way to think. There is ALWAYS someone who will see you and the worse you look the more people you’ll encounter. It’s like Murphy’s Law of small town living.  Besides that, my definition of early is nowhere close to the rest of the world’s definition so WHAT WAS I THINKING?

I wasn’t far into the walk when I heard a man’s voice say, “Good Morning.” And yet, there was no man in sight so right away I’m a little puzzled. But, of course, I responded with a rather quiet, timid (as timid as I can possibly get) response. “Good morning,” I say to the mystery voice turning every which way to determine its origin. Then I hear, “I’m behind the fence.” So, I turn off my podcast and turn back to see the man behind the fence.

We talk for a bit through the branches of his spruce tree about his plants, the weather, and the fact that he planted the spruce tree 12 years ago when it was only two-feet tall. Then, he proceeds to tell me his name, and that he has bone cancer and his wife, who used to be a nurse at the hospital, has bladder cancer. He also told me about how he lost his arm when he was 18 but that never really slowed him down. Once I tell him my name he realizes that my husband is their eye doctor at which point he feels the need to apologize for the fact that he hasn’t shaved yet today. It’s o.k. I assure him. “I haven’t showered or done my make-up yet either.” He tells me I look beautiful (because he’s obviously smart and has been married for a long time, not because I look anywhere close to beautiful.)

It was a brief encounter. I probably wasn’t stopped for more than five minutes but as I walked away there was a tiny little niggling in my spirit that said, “THAT was a God moment. That man needed a little bit of cheerfulness in his otherwise mundane and possibly difficult day.” And I was happy for the interruption.

There were a couple of other interruptions in my day, too. A call from a friend needing some help, bumping into a friend in the grocery store whose brother-in-law had just died, and a random, close-up sighting of an American Bald Eagle (and you have to stop for that.)

At the end of the day I realized each of these things were more than interruptions; they were God moments.  And I thanked Him for taking my plans and turning them into His.

We can make our plans but the Lord determines our steps. – Proverbs 16:9