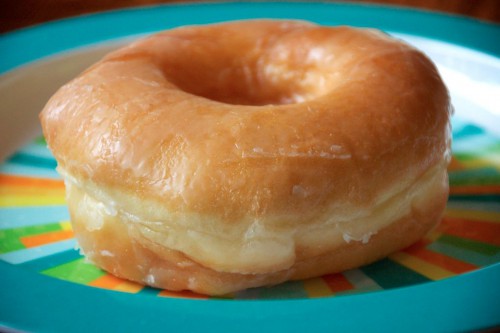 This past Saturday there was a bridal shower in California for my nephew’s fiancé. Everyone who was invited was sent a piece of paper upon which we were to write our best marriage advice. Usually this is the kind of thing that you get AT the shower giving you 30 minutes or less to come up with a golden nugget of wisdom, all while talking to the other women at the party. Don’t get me wrong, I’m not being critical, I’ve done this myself when hosting bridal showers. I won’t anymore, however, because quite frankly, I appreciated the time to come up with something and think through how I wanted to word it. And, I have to say that the advice I came up with was genius. Don’t get me wrong – I’M not a genius, the advice was, probably because it didn’t originate with me.  Let me explain.

When I was growing up there was a family down the street that I hung out with a lot. Linda (the mom) used to say that she could never have raised her daughters without me (I was at their house a lot) but the truth is, she was an amazing mentor to me even before mentoring was trendy.

Several years after we got married John and I hit a rough spot. Well, maybe I should say I hit a rough spot because more often than not John was oblivious to the trouble I was certain was brewing. It was during this time that I went to visit my parents in California, which always included some time with Linda. I don’t recall my whole conversation with her but I’m sure it included a lot of “he always . . . . ” and “he never . . . ” because we all know that when you are annoyed with your husband it’s usually because of something he’s done once or twice making it ALWAYS. Right?

After listening to me rant for a bit Linda looked at me and said, “Nancy, I think you’re spending a lot of time focusing on the hole.” I was pretty sure she hadn’t been listening to a word I’d said but nonetheless I asked her to elaborate. She told me her theory: “Think of John as a doughnut. Doughnuts are sweet and good and full of deliciousness. The only thing is that there is a small little hole in the middle. You can focus on the hole and all that it doesn’t have to offer, or you can focus on the doughnut and it’s goodness, sweetness and deliciousness. John is a good man,” Linda told me. “Why don’t you try focusing on the goodness and turn your gaze away from the hole.”

You know what? THAT is the best piece of marriage advice I’ve ever received. It’s the advice I passed onto my soon-to-be niece (even though I couldn’t be at the shower) and I decided to share with you, because like I said, it’s genius!

I cannot tell you how many times I’ve gone back to the advice in my mind. We’ve been married nearly 38 years so, as you might guess, there have been plenty of “hole” days. But then I think of Linda and her doughnut theory and look at my husband and switch my focus. (And, sometimes I go to the bakery, too, because just thinking about doughnuts makes me hungry.)

So, what would you say when asked for your best piece of marriage advice? I’d love if you’d share it here, you know, for those days when my doughnut loses his sweet glaze.

2 comments on “Switch Your Focus”