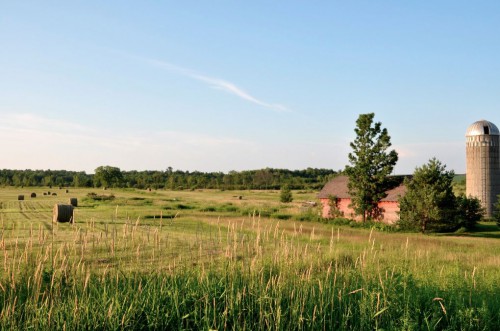 I had the most amazing experience last week and it all happened by mistake. I left a friend’s cabin in Cumberland, Wisconsin late on Wednesday afternoon to head to my son’s house in Central Wisconsin so I could snatch our grandson and bring him home for a few days. In theory, it was to be a 3.5-hour drive. Well, at least that’s what Mapquest had told me before I left home. My phone navigation app added a bit of time to that and my car navigation system, which clearly knows about my frequent potty stops, told me it would take four hours and 44 minutes!

Due to a technical error on my part I ended up on a route that I hadn’t planned. First off, it was primarily on country roads. I spent less than an hour on any major highway. It took me awhile to realize that the road I was on wasn’t just a short cut to the road I anticipated taking. There was a part of me that thought maybe I should stop, look at a map, and try to figure out how to get back to the route I had expected to take but for some reason I put more than my normal amount of trust in my GPS system and just kept driving.

Most of the trip took me through small towns, around curvy roads, over rolling hills and past miles and miles of some of the most beautiful farmland I’ve ever seen. Now normally, I’m a city girl. I love the traffic, the stores, the people, and the vast quantity and variety of eating establishments. But for some reason, on this particular day, I was loving the country. I had my iTunes blaring with a fun mix of pop rock, new country, and worship music. The sun was shining, the sky was a gorgeous shade of blue with just the right amount of white fluffy clouds, and thankfully the air-conditioner in my car was still working (it faded out quickly the next day when I made a four-hour drive in 90+ degree weather.) It was truly a delightful, albeit longer than anticipated drive.

One of the great things about country roads is the lack of competing traffic which, in general, gives a person way more time to think about stuff other than what car is going to swerve in her direction next. Being as I had time to ponder life I came up with a few “lessons” from the day. So, I decided to share my thoughts with you

They’re such simple thoughts and yet, sometimes I think we forget. I know I do. I wish I’d had more time to slow down and take pictures but there’s one thing I know about beautiful country roads; they aren’t nearly as much fun to drive on once the sun has faded away.

But this scene here is one I had to turn around and go back to capture. Because you just don’t see it everyday. 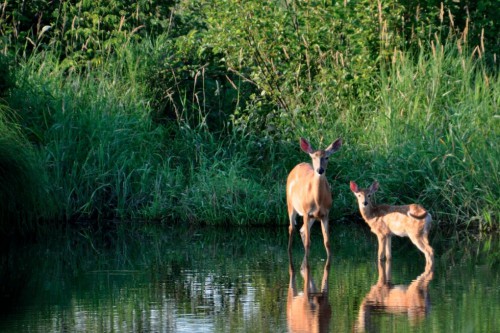