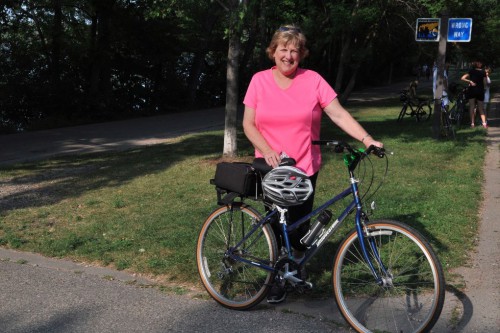 A few weeks ago I went for a bike ride. No big deal, right? Well, no, unless you realize that it’s been way over five years since my last bike ride. In fact, it’s probably more like 12 or 13 years since I last climbed on a bike. But last year I got an itch to go biking around a few of the lakes in the Minneapolis/St. Paul area. Granted there is a trail that goes right through our little town, and it’s beautiful, but it’s straight; meaning that if you go one direction, sooner or later you have to turn around and go back the same direction from whence you came. I’m more of a fan of circular trails whether I’m walking or biking. It’s just one of my little idiosyncrasies.

Anyway, you may wonder why it took an entire year to go from “let’s ride around the lakes” to the execution of said ride. Let me paint the picture for you. When I got the itch to get back on a bike I suggested to my husband, John, that we buy a bike rack for the van. He said, “I don’t think we need a bike rack. We can just lay the seats down and put the bikes in the back.” So, when a nice day came along I said, “Why don’t we go for a bike ride at Lake Harriet this afternoon?” and I kid you not, this was his response, “How are we going to get the bikes to Lake Harriet?” When I mentioned the fact that we could just put them in the back of the van as he’d suggested earlier he said, (and I promise you, I’m not making this up) “I don’t think they’ll fit in the back of the van.” And my dream of riding around the lake was put on hold. UNTIL . . .

On a rainy Saturday in June of this year we headed to the bike store to get our rack so we’d be ready when a nicer day arrived. Five HUNDRED dollars later we left the store with a bike rack, bike pants for me (because I don’t want a sore tushie), a new helmet, and a bike lock (although as John pointed out, “who would steal our 20+ year old bicycles?) FIVE HUNDRED DOLLARS!!! Did I say that already? Seriously? When did it get so expensive to ride a bike? We didn’t buy a bike, or even a high-end bike rack! And yet FIVE HUNDRED DOLLARS! I know; you get it. It was a lot of money. I’m still trying to recover from this, as you can probably tell.

One would think that after spending all that money we would have raced right out and gone for a bike ride or two, but no; it took us two more months to get out there. Any number of factors kept us from our ride but eventually all the stars aligned and we were able to get on the trail.

I had chosen the bike path around Lake Harriet for our first ride for a number of reasons. First off, it’s flat. Very flat. I figured that after five or more years of being off a bicycle that would work to my advantage. Secondly, it’s a beautiful area. There are gorgeous homes to look at on one side. 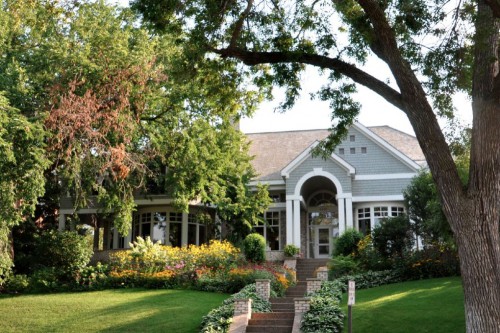 And beautiful views of the lake on the other. 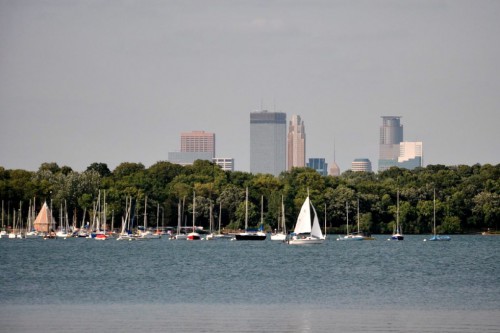 And, during the summer months, there is a concert at the Lake Harriet Bandshell which can sometimes be loads of fun. On this particular day the band playing described their music as “Peace, Love & the Music of a Generation.” It was everything you’d expect it to be and drew an, um, interesting crowd. At least the people-watching was entertaining. 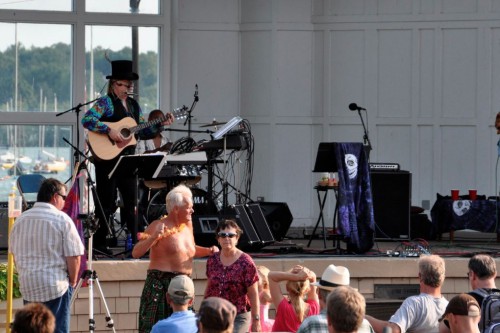 If you keep going on this trail you eventually hit the Lyndale Park Gardens and they are beautiful! 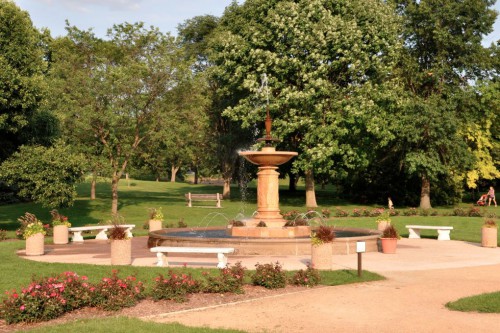 The roses were practically perfect! 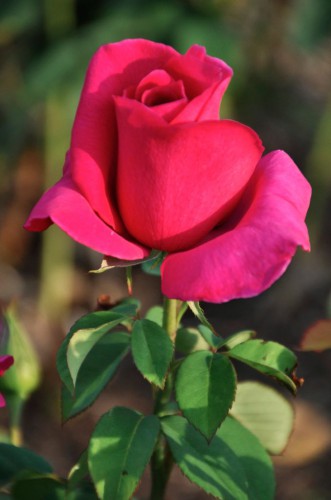 And so, we made our way around the lake. Three miles. It took us an hour and half. With stops. Lots of stops. The stops, by the way, were to take pictures, people watch, and visit the gardens, not because I needed a rest. Here’s what I found out. After a bit of a wobbly start I realized that what they say is true. Once you learn how to ride a bike you never really forget. Remembering how to change gears, now that’s another story.

It occurred to me after the fact that bike pants might be a bit of overkill for such a short ride so on our next three-mile ride I didn’t wear them. Well, overkill or not, I’m not going without them again. And who knows, maybe one day we’ll go six miles. Cushie as those bike pants are, however, they don’t inspire me to want to ride across the state of Minnesota. Ever.