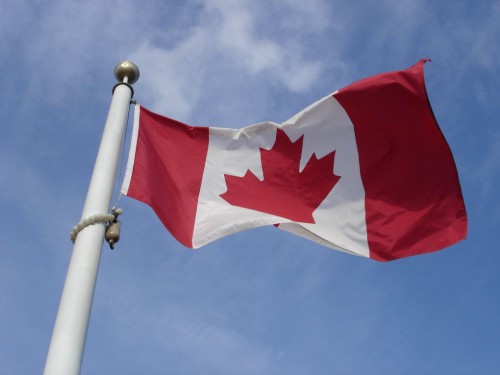 The other day I had a bit of a flashback to when our kids were younger – like about 20 years younger. We had traveled up to northern Minnesota for a weekend at my husband’s parents. They lived on the Rainy River overlooking, coincidentally enough, a little town called Rainy River in Ontario, Canada. On this particular weekend the weather was just not cooperating for outdoor fun and the kids were getting a bit restless. In an effort to protect my mother-in-law (and possibly me) from our stir-crazy kids, I decided to take them over to Rainy River, Canada to look around.

Of course, for us go to Rainy River we were required to go through customs. Keep in mind this adventure took place before 9/11 so no passports were necessary and unless you had a criminal record, getting into Canada was quite easy. Nonetheless, the border patrol people take their jobs very seriously so when I arrived with a yellow light stuck on top of my white mini-van it raised some eyebrows. You might be wondering about said light yourself. Well, during his early teens our oldest son was enthralled with all things police and thought a yellow flashing light would be quite the fun thing to have on top of our van. And for some reason I’m still at a loss to explain, we allowed this. We were cool. Not so cool, mind you, that we forked over the money to pay for the light, but cool enough to stick it on our van.

The thing about having a light stuck on top of your van is you can’t see it when you are actually behind the wheel. Thus, when I stopped to speak with the kind, yet very serious, customs agent I was taken aback when his first words to me were, “What kind of vehicle is this?” An uncommonly quick use of my mouth “filter” kept me from saying “It’s a Dodge Caravan, can’t you see that?” Somehow I knew he wasn’t looking for me to be a smart aleck. Thankfully, my brain engaged and I said, “Oh, you are probably wondering about the light on top of the van. It’s my son’s. I’m not even sure it works right now.” (My mouth seemed to be moving on it’s own accord at this point.) “I promise, we won’t run it in Canada.” From there the conversation went something like this.

Customs Agent: “Where are you planning to go in Canada?”
Me: “We’re just going into Rainy River.”

Agent: “What are you planning to do in Rainy River?”

Me (thinking he was very nosey): “Well, this will probably sound crazy but I’m taking the kids to see the fire hydrants.”

Agent: “Actually, we’ve had others come through here for the same purpose.”

Phew! So, if I’m crazy, at least I have company.

Agent: “Do you have any firearms in the car?”

Me (realizing that my husband had brought his rifle along to “sight it in” for hunting season): “I think I might.”

Me (sounding clueless): “I doubt it. I mean, I have no idea but I’d be really surprised if my husband left it loaded. Would you like to check?”

Of course, I obliged because not to do so would a) keep me from seeing those adorable fire hydrants, and b) I didn’t want to go to jail.

Agent (looks at gun and returns it to case): “Thank you.”

Agent (who is surely by now contemplating calling in back up to deal with the crazy lady): “No. You’re free to go. Have a nice day.”

Thirty minutes later we’d seen the fire hydrants and had to repeat the whole process to get back into the United States. As I stopped for reentry the first words out of the Customs Agent’s mouth were, “Did you take or steal anything when you were in Canada?” This time I just couldn’t clamp shut that filter on my mouth quite fast enough. “No, but seriously do people ever answer yes to that question?” Fortunately for me, this guy seemed to have a bit of a sense of humor and responded with, “Oh, you’d be surprised how many we catch that way.”

I went back to Rainy River a little over a week ago to get a picture of those cute fire hydrants. They were gone. It was very disappointing. But, crossing the border is still serious business . . . that never fails to entertain.