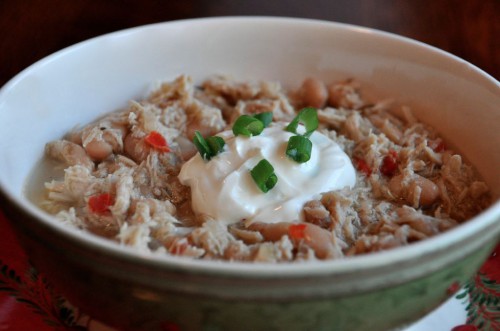 I decided today it was time for a little fun. And what’s more fun than a new yummy recipe and an amusing story mixed together?

Many years ago shortly after we remodeled our kitchen my girlfriend came to visit. She LOVES to organize and is very good at it so she was helping me get things rearranged in my new cupboards. When she got to the spice cabinet she explained how she had hers organized by the way they fit together in recipes. For instance, she put all the Italian spices in one section, the baking spices in another, etc. MY Italian section was found on an entirely different shelf sitting in a jar of Ragu. (Don’t judge.) Her plan probably works great for her but the truth is, I haven’t a clue what types of spices go into different dishes, which is why I use recipes, and why my spices are now alphabetized.

But, with a recent change in diet due to food intolerances, I’ve had to be a little more creative in the kitchen. So I look to recipes that I enjoy and then try to make them work within the parameters of my current dietary restrictions.

Recently I got a hankering for White Chicken Chili, which in and of itself is kind of odd because I’m not a huge fan of beans. Anyway, I set out in search of a good recipe but almost everyone I found either looked disgusting, or had sour cream in it, which doesn’t work for lactose intolerant people such as myself. Eventually I found this recipe for Slow Cooker White Turkey Chili and knew that by using it as my base, I’d at least have the right type of spices to make it taste like chili.

First off, I doubled the recipe because why make 4 – 6 servings when you can make 8 – 12, right? That’s what freezers are for; food at the ready on the nights you don’t feel like cooking. Besides, our kids were coming to visit. If you look at my picture of White Chicken Chili and the picture with the recipe for Slow Cooker White Turkey Chili, you will notice that mine is much more soup like. After all, I wanted chili not a hot dish, the Minnesota name for casseroles.

I didn’t double the beans, of course, because, as I mentioned I’m not such a huge fan of beans. If you LOVE beans, you probably could make this meal stretch a little further by adding more, just don’t invite me over to eat it with you. And I definitely didn’t double the cayenne pepper because well, my husband is half Norwegian and apparently spicy foods and Norwegian mouths are at odds with each other. I also replaced the green peppers with red peppers because I like them better, and besides, it looks more festive. And who doesn’t want festive looking food?

The other thing you’ll notice in my picture and in the recipe is that it is topped with sour cream. Even though I can’t have lactose, there’s no reason for the rest of the family to suffer. And, if you put in too much cayenne pepper, the sour cream help takes the sting out. By all means, if you aren’t lactose intolerant or watching your fat intake, knock your socks off and have the sour cream. I can’t imagine that you’d regret that decision.

I now present to you, Nancy’s White Chicken Chili. I named it after myself.

By the way, I’m thinking that you could use leftover turkey in this recipe instead of chicken. I’m guessing you might have some laying around later on this week. And when better than now for a “festive” recipe?