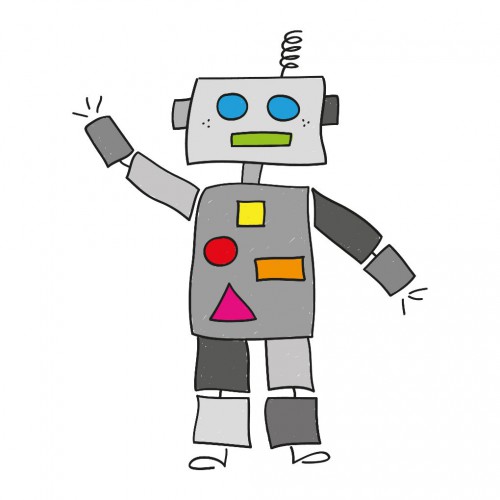 When I was a kid I loved watching The Jetsons where Rosie the Robot did all the household chores while George and Jane Jetson traveled around in small spaceship-like vehicles between planets. I thought it would be so awesome to have my own personal spaceship. Of course, I also thought it would be pretty cool to turn into a bird every day after school and fly home whereupon I would turn back into my human self, get a snack and watch my favorite television show. Clearly I’ve always been a fan of flying, or of not walking, hard to say which.

Last week Amazon’s CEO, Jeff Bezos, announced on 60 Minutes that his company was preparing an order fulfillment program for Amazon Prime members that would deliver packages within 30-minutes of being placed. The packages would arrive via drone-like “octocopters.” While it’s not interplanetary travel, it’s certainly very 21st Century. But is it a good idea? Personally, the whole concept of unmanned “octocopters” flying around my neighborhood makes me a little bit nervous.

The obvious first concern is “what keeps said drones from hitting people in the head?” No problem, according to Bezos; these drones have sensor like radar that will guide them around objects. Well, bats have that same type of radar but that doesn’t mean I appreciate them flying within inches of my head.

And then there is the whole locator issue. In other words, how do I know that the package that is destined for my house doesn’t end up down the street or across town? Sure, they say the “octocopters” will use GPS coordinates to deliver the packages to their destinations but hey, I’ve got GPS on my iPhone that has sent me miles away from my intended destination. Let’s pretend for a moment, though, that they can indeed find my house. Are they going to come to the front door or am I going to have to be on the lookout to see which snow bank or bush my package gets dropped into?

Another issue I see on the horizon is well, just that, the horizon. Will I ever see it again or will the air space be filled with robotic drones buzzing around like Minnesota mosquitoes delivering packages for Amazon, Apple and Dell? “What’s that buzzing noise you ask? Oh, that’s all of the neighbors’ Amazon orders arriving.”  Granted “octocopters” can only lift five pounds at this point but hey, it’s only 2013; the century is still young.  And, according to Amazon 85% of their packages are less than five pounds.

My biggest concern about this whole drone delivery idea however, is this: why do we always need to be in such a hurry? Granted, the ability to have an order of dark peppermint chocolate bars at my door in 30 minutes to satisfy an emergency chocolate situation does have some appeal but then again, it’s probably not the best idea.  We have become a nation of people annoyed by the inconvenience of waiting at a stoplight for more than 30 seconds. We’re always in a hurry to get to the next best thing without fully appreciating the amazing moment right in front of us.

Don’t think I’m not including myself in this whole scenario. When my Internet service is unusually slow, or worse yet, doesn’t work, I’ve been known to get my undies in a bunch but you know what? Nothing earth shattering has ever happened because I’ve had to wait. NOTHING! Personally, I kind of like having the mailman or UPS man come to my door and hand me a package. But maybe that’s just me.

Would it be such a bad thing if we learned to plan ahead a little bit and not go into panic mode when we suddenly realize we forgot to buy Aunt Susie a Christmas present or there’s nothing for dinner? Of course, I hear that Dominoes has considered using drones for pizza delivery and as soon as they come up with a delicious gluten, dairy, and soy-free pizza I might be persuaded to give this whole delivery system a try. But that would require a completely different type of 21st century miracle.

The drones aren’t even scheduled to roll out until at least 2015 and only if they get approval from the FAA and every other government type of agency that regulates such activity. In other words, don’t hold your breath. But then again, whoever thought that one day I’d be able to take pictures from a phone that I carry in my pocket and instantly send it to my mother half a continent away? Maybe that whole individual spacecraft idea isn’t as far off as I might think. But turning into a bird after school? That’s still a pipe dream.