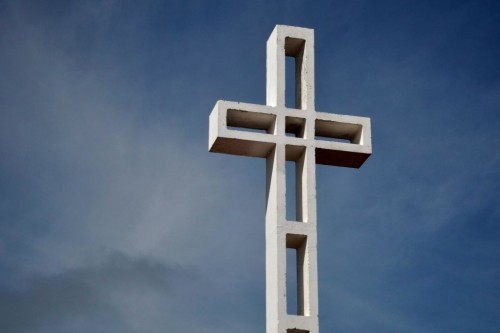 Do you ever feel as though there aren’t enough hours in the day? I do. Many days, I might even say most days, I feel as though I’m being pulled in a hundred different directions at the same time. If I wrote down a list of everything that I think needs to be done I’m pretty sure it would be a half-mile long. When people ask me how I am I usually reply, “I’ve just been so busy.” And I know I’m not alone. In fact, I’d say that a good percentage of us kind of wear “busy” like a badge, thinking that somehow it makes us more important. It causes me to wonder, “Is this really how God wants me to live?” I know he doesn’t want me to be lazy, but does he want me to be crazy? And the answer pinging around inside my head is “No, He doesn’t.”

There’s a saying that goes, “If the devil can’t make you bad, he’ll make you busy.” John 10:10a says, “The thief comes only to steal and kill and destroy.” If he can’t steal your heart away from Jesus by making you bad, he’ll do his best to steal the time you have to “rest in God’s presence.” He’s very crafty like that.

I love how when God really wants to drive a point home He doesn’t just put the thought in your head once. He repeats it over and over and over again until you start to get the point. This past weekend I had the opportunity to speak at a women’s retreat. Friday night I spoke on trusting Jesus enough to surrender; specifically about surrendering our time, money, and plans to His will. I joined a small discussion group after my talk and the subject of not having enough time came up. It occurred to me that every single one of us is given 24 hours in a day. “Perhaps,” I shared with my friends, “if we can’t get it all done it’s because we’re doing things that God hasn’t planned for us to do.”

“Dear self, pay attention when you speak!”

Not more than 24 hours later I was at a leader’s meeting at church and the teaching was on just “being” instead of always “doing.” One of the things that Pastor Aaron shared was how much he loves his daughter and just delights in who she is. He said that one day as he compared his love for his daughter to God’s love for him he prayed, “Lord, I hope I can delight in you the same way I know you delight in me.” He knows what the Father’s love looks like because he knows what his own heart as a father feels like.

I think it’s time I reevaluate a little bit and figure out how to be more of a Mary and less of a Martha. (Luke 10:38-42) I don’t think Jesus ever meant to tell Martha she shouldn’t cook and take care of her guests. I think His point was that she could probably lower her blood pressure, her stress level, and perhaps eliminate her crankiness if she just stopped for a little bit and sat in His presence.  Because after Jesus warns us about the thief he says in John 10:10b, “I came that they may have life and have it abundantly.”

And who, when offered, wouldn’t want an abundant life? Will you join me in spending a little less time “doing” this week and take some time just to “be in His presence?” Maybe it’ll help us get rid of that “busy badge,” because quite frankly, it’s getting heavy.