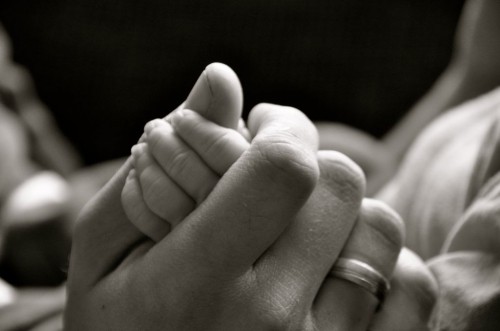 You probably already know this story from the book of Exodus but humor me and read it anyway because I’m going someplace with it and I don’t want to assume everyone knows the background. You know what they say about making assumptions.

God had a plan (imagine that.) His plan was to use Moses to help free the Israelites from the Egyptians. The Egyptians had grown used to having the Israelites as their slaves doing all the hard work that they didn’t want to do. So one day, while Moses was tending his father-in-law’s flock over at Mt. Sinai God decided a burning bush would be a good way to garner his attention. I suspect it wasn’t the burning that was so incredible but the fact that the bush wasn’t being consumed that especially interested Moses. This is when God told Moses about how he would use him to take the people into the Promised Land.

But Moses wasn’t so sure he could do what God was calling him to do. (Been there, done that.) He was especially unsure of the fact that the Israelites would even believe him when he told them about the call of God on his life. Can’t blame him, really. So God told him what to say and then, when Moses still wasn’t convinced, we get to the part of the story that I want to talk about today. Exodus 4:2 says, “Then the LORD asked him, “What is that in your hand?” “A shepherd’s staff,” Moses replied.” At that point God told Moses to throw the shepherd’s staff to the ground and when Moses did so it turned into a serpent. And the changing of that shepherd’s staff into a snake is referred to as a miracle – not the type I want to see on a daily basis, but miraculous nonetheless.

What I like about this story is the way God used the simple thing that Moses had in his hand – a shepherd’s staff – to work a miracle. And that brings me to the question for today – what’s in your hand? So many times I’ve dreamed of doing great things for God when all God is really saying is “let’s take a look at what’s in your hand and start there.”

Right now today, what’s in your hand? Are you at home with a small child trying to figure out how to keep little hands busy? Are you at work with a boss who doesn’t appreciate all that you do? Or maybe you’re right smack dab in the middle of a job that you love. Wherever you are, whatever you’re doing, start with what’s in your hand and move forward from there. Miracles might be happening all around you that you don’t even recognize.

Today I am sitting with my husband while his stem cells are collected for transplant. It’s not a particularly fun spot but I wouldn’t want to be anywhere else. And, using what I have “in my hand” I am able to offer him support, make him laugh, and get him snacks (he’s especially fond of that.) It may not seem like much in the great scheme of life but through this little tiny offering of what’s in my hand, I believe God will do miraculous things. Because that’s just the way God works. He takes five loaves and two fish and turns them into a banquet for thousands. He takes dirt and spittle and makes a blind man see. And, he takes a simple jug of water and turns it into the best wine any wedding party has ever seen.

The thing in YOUR hand may not seem like much, but when you let God use it you might just be amazed at what happens. Watch for it and you might just witness a miracle – hopefully not of the snake variety.