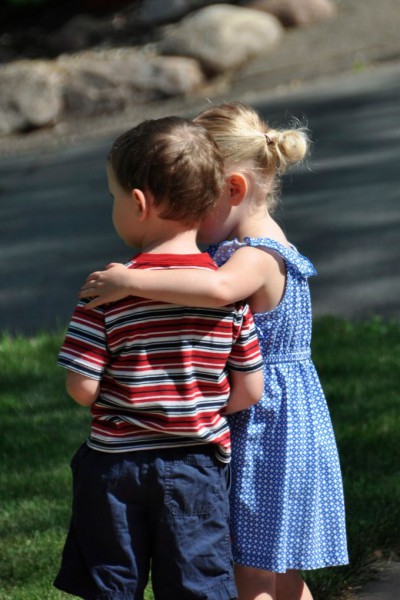 In the St. Paul newspaper there is a section called Bulletin Board where people share their funny stories, deep thoughts, or interesting tidbits. Whenever there is a story about a kid saying or doing something funny the editors head the story with the statement: Warning! Cute Kid Story Ahead. That description also applies to today’s blog post.

The kids and grandchildren were around over the weekend. When everyone is here there’s constant activity, a few toddler squabbles, and lots of laughter. I will spare you ALL of the details but here are a few standout funnies from our weekend. 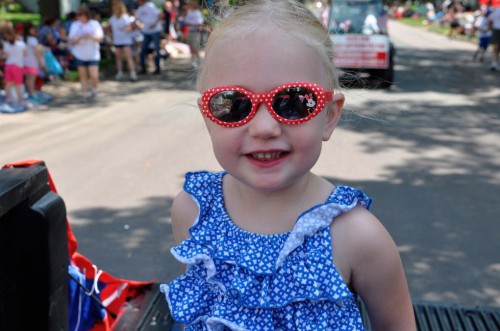 We were all sitting around in the living room one afternoon and Amelia decided it was time to “serve some food.” There is a candle on my coffee table surrounded by a wreath of fake fruit. Amelia went up to everyone in the room asking, “What would you like?” (With the first person she pointed to the fruit suggesting that those were the choices.) As we’d ask for apples or pears she’d go over to the table, “grab” a piece of fruit (she used the same pear about four times), and deliver it to whoever had “requested” it. If we pretended to eat it she’d scold us, hold up her hand and say, “No, wait until everyone has a piece.” Where were our manners?

Eventually we found out there was “ice cream” under the table so that was our “second course.” She “ran out of bowls” at one point so the rest of us were “stuck” with having our “ice cream” in cones. Oh, the sacrifices!

The next day Amelia thought it would be a good idea for us all to introduce ourselves. She explained to us that we were to pass around her stuffed dog “Alice.” When Alice was in our hands it was then our turn to tell our name. After we got all the way around the circle she got Alice back in her hands and said, “And, I’m Amelia.” Perhaps she’s noticed that I sometimes struggle with using the correct name out when I’m talking to my kids. 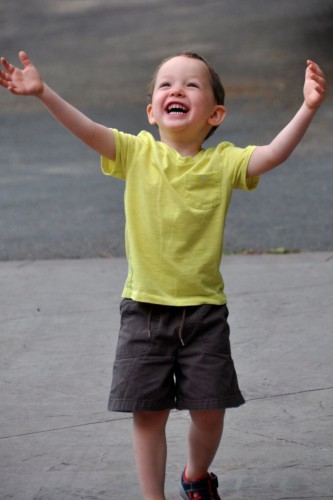 Charlie is ALWAYS thinking. We’re fairly certain that when he talks to his stuffed bear as he goes to sleep each night, he’s actually compiling a list of questions for the next day. This was our conversation Sunday morning.

Charlie: (Speaking about a wooden bowl on the table) “I like your pot, Nana.”

Me: “Thank you, Charlie. My friend brought it to me from Africa.”

Me: “Because she loves me.”

Charlie: “What color car was she driving?”

How the mind goes from “Why did your friend bring you the pot?” to “What color car was she driving?” is beyond me.

On Saturday night we celebrated Adam’s June birthday so Charlie wanted to help his dad open presents. We had him delivering the gifts from one side of the room to where Adam was sitting on the other side of the room. Most of the gifts were in bags and “Boppa” was encouraging Charlie to take just one bag at a time. He acquiesced to the first request but when “Boppa” reminded him a second time to just take one Charlie said, “But I have two hands!” It’s hard to argue with that kind of logic.

Jane – The Tenacious One 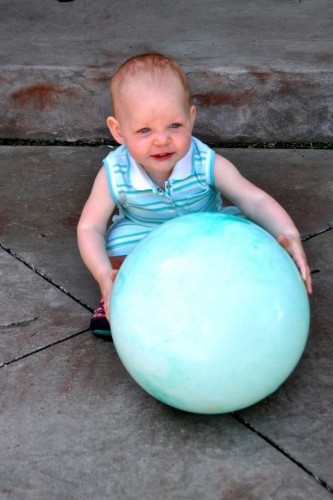 Jane isn’t talking a lot yet but she understands pretty much everything we say. And it’s not like she doesn’t make her desires known. She signs a few words and points with great determination. Once we decipher the code she’ll clap or raise her hands up in the air as if to cheer for our ability to understand. Let’s just say, she makes her needs known.

That girl is not easily fazed. She would run down the hill in our front yard, fall over repeatedly, and pick herself right back up to keep going, giggling with delight all the way. And never mind the 20-month age difference between her and her brother, if Charlie does something Jane sees no reason why she can’t do it, too. After watching Charlie take the Little Tykes car up to the top of our rather steep driveway and “fly” back down with his feet moving faster than Fred Flinstone, Jane decided that looked like fun and was quite persistent in her efforts for a turn to try the same thing.  Every day she presented us with an opportunity to basically save her life.

2 comments on “The Best Entertainment”