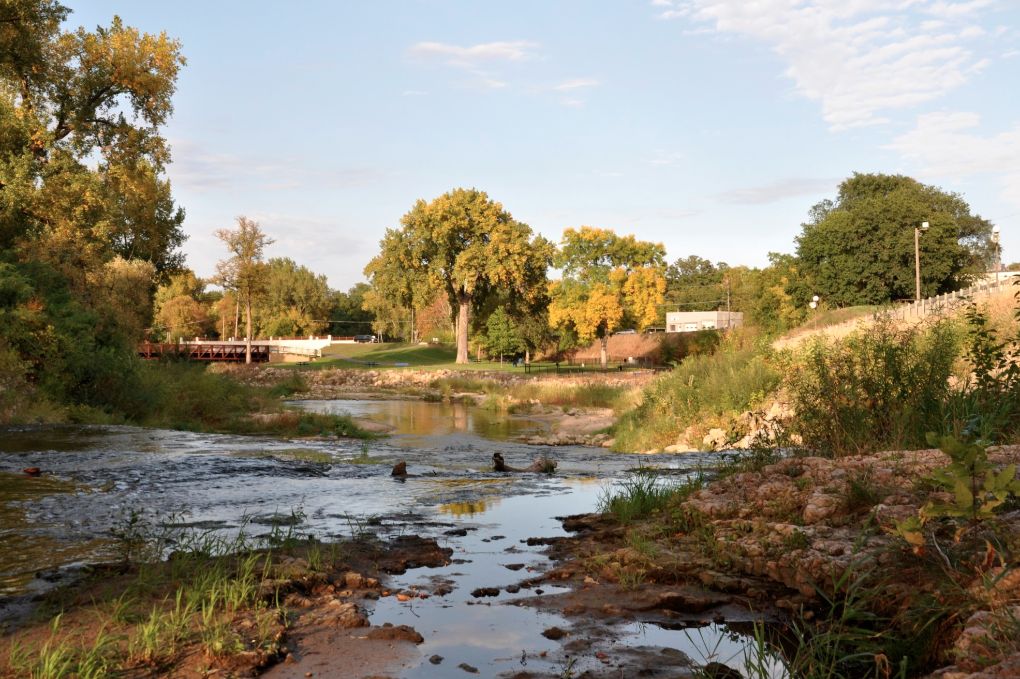 Some of my fondest memories from when I was growing up are of the times when we were on family vacations. My parents (probably just my mom if I were to be honest here) would go to the store and buy bread, sandwich meat, fruit, and chips and then we’d find a spot along the river to take a break and eat our picnic lunch. Being as I’ve never been a huge fan of sandwiches my favorite part of the picnic came AFTER we ate. It was then that we got to climb on the rocks in and around the river. Sure we fell in occasionally — sometimes on purpose, but boy we had fun.

Nearly half a century later I still love being around water: waterfalls, mountain streams, lakes, rivers, and oceans, it doesn’t matter. Sure, the ocean is my favorite but really I love all forms of water, except perhaps holding ponds – they are gross. I love the sound the water makes as it bounces over the rocks in the river, or careens over the cliff, or hits the sandy shore. You get the point. I like water.

Last summer I spent a lot of time walking on the path along the little river that runs through our town. There are two rivers actually, the Big Cannon, and the Little Cannon and my walking route normally takes me along both of them. But it was the Little Cannon that started calling out to me as I walked along. “Jump in,” I’d hear it say as I passed by. Sure, there was never any REAL talking going on but it was a tempting little river, especially on a hot day.

It wasn’t until the summer had faded away and autumn was threatening rain and cooler temperatures that I finally gave into the call. “It’s not illegal to walk in the river,” I reasoned. “And, as long as I keep my clothes on, it’s not immoral. You’ve been wanting to do this all summer,” I told myself. “Tomorrow it’s supposed to get cold and rainy. This is your last chance.” And so, I listened to the fun person inside of me instead of listening to the practical one who had a whole list of reasons NOT to jump into the river. The practical one was saying things like, “People will talk, adults your age don’t act like children, you’ll have to go get the towel from your car, etc., etc.” The practical one is so annoying sometimes – and practical. Somehow I managed to shut her up and I jumped in.

IT WAS A BLAST!

I mean serious fun! I may have even giggled a little bit. Granted, jumping across the rocks isn’t nearly as easy as it was when I was nine-years-old, and the water was FREEZING cold but still, I loved every minute of it. I actually wondered why there aren’t more people taking advantage of all the fun.

A couple of weeks ago we took care of our three-and-a-half-year-old granddaughter, Amelia, and on my list of things to do with her was walking in the river. We packed a picnic, drove down to the park along the river, took off our shoes, and jumped in. 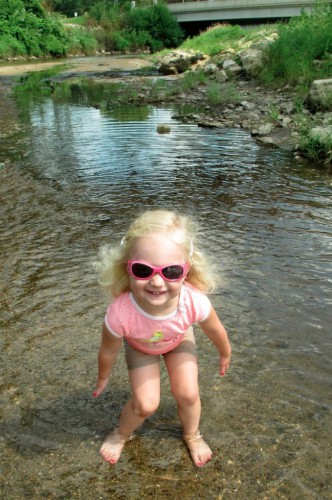 We walked up the river, splashed in the water, and had so much fun! She even giggled with delight! If I have anything to say about it this is just the beginning of river walking together. I hope we have years of enjoying the water together. But more importantly, I hope Amelia, and all my grandchildren, never stop listening to the fun person inside of them in fear of looking just a little bit crazy.