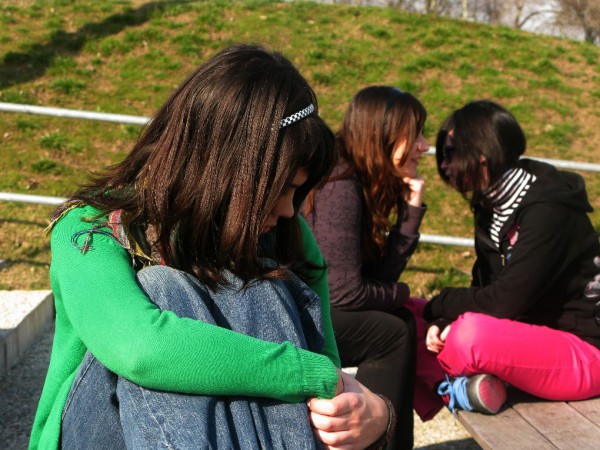 Do you get concerned over what other people are thinking about you? I do, and if there’s one thing I’ve figured out in all my years on this planet it’s that if I struggle with a particular issue someone else is probably struggling with it, too. That is the motivating factor for my blog today. To let you know you aren’t the only one who deals with inaccurate thinking.

You know how it happens, you run into a friend and she seems aloof, or you call someone and they don’t return your phone call, or you simply see “a look” in someone’s eyes and you’re convinced they hate you. You stew over it. You wonder, “What did I do to offend them?” Or, “I bet they’re mad at me because . . . . . .”

What? This hasn’t happened to you? Well then, more likely than not you’re a man. If that’s the case you can probably stop reading now (unless, of course, you are curious about the inner workings of the female brain.) I don’t think men really give much thought to what others are thinking about them. (I’m also told that sometimes they really ARE thinking about NOTHING, which just baffles my brain.) But I digress.

I don’t have any great Biblical truth to share with you on this subject, it’s just that it took me years to figure out one important thing concerning this ongoing struggle and maybe if I share it I can save you just a wee bit of stress. Ready? Here it is:

More likely than not, when you think someone is angry with you, hates you, or thinks you did something wrong, it’s got nothing to do with you whatsoever. Nothing at all!

For the past several months I have been sure that I had totally offended a particular couple I know. The husband had asked me to do something for them, something a little bit time consuming but nothing that was urgent. Unfortunately, I simply have been unable to find the time or the energy to fulfill his request. I called and left a message for him months ago regarding another issue and when he didn’t return my call I was convinced he and his wife were annoyed with me. I hadn’t even seen his wife since he made the request so when I ran into her the other day I apologized profusely for my lack of follow-through. Ever so sweetly she looked at me and said, “Oh my, you’ve had so much going on I haven’t even given it a thought. Just do it whenever you get around to it.” Honestly, what a waste of guilt. It hadn’t even occurred to her to be angry. She knows that we’ve been dealing with frequent doctor visits, fatigue, new diagnoses, etc. but in my mind I had blown it into a huge deal! Surely my friends were not speaking to me because I was such a failure at accomplishing their request. It never even crossed my mind that my phone call hadn’t been returned simply because he too was busy (and then possibly forgot.)

Oh the drama of it all!

Another time I was not the “victim” of the worry; it was my friend. This story took place over seven years ago but it still makes me laugh a little, probably because I’ve been in her shoes. Different situations – same feelings.

My friend, I’ll call her Ava, was on a mission trip with me to Swaziland in the southern part of Africa. Before we left home we were told that our knees had to be covered at all times. (Apparently women’s knees are considered very enticing in Swaziland. I’m still trying to make sense of that fact.) Anyway, Ava was wearing long shorts that covered her knees just fine when she was standing, but not quite as well when she was sitting. She came to me (most likely because I was the oldest female on the trip) and said, “I think Pastor is upset about my shorts.” I was 99.9% sure that he hadn’t even noticed her shorts and assured her that he probably had his mind on other matters that didn’t even concern her. She was not convinced. So, when the time was right, I talked to our pastor and asked him if he was concerned about Ava’s shorts. I kid you not, here’s what he said, “Ava’s wearing shorts? I haven’t even noticed.” Just as I’d suspected!

Please cut yourself (and your friend) some slack. She (or he) is probably not angry or annoyed with you. She is probably just busy, or has her mind on other matters, or to be honest, is worrying about what someone is thinking about her. If you can’t get past it simply go to the “offending friend” and ask them what’s up . . . but be prepared for a puzzled look.

Thank you to Holley Gerth who so graciously allows others to link up to her blog each week. She’s an amazing encourager!

4 comments on “It’s Probably Not You”