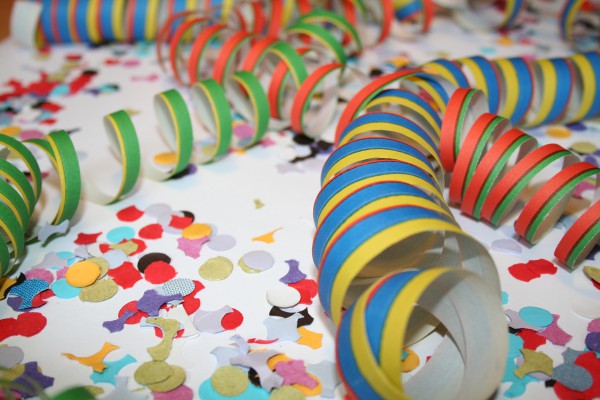 Picture it: Small Town, Minnesota, 1991. Twelve women were sitting around folding tables playing cards while their collective preschool children played upstairs. The children ran through every now and again to check in with their mom, or tattle on what Susie did to Johnny, but in general, everyone was having fun. One of the moms looked out the window and noticed a police car driving up and parking outside the house.

I was the closest to the door, or the most curious (it’s hard to say which), so when the Chief of Police knocked on the door I was the one to answer it. “Is there something going on here?” he asked. I’m sure I looked a little puzzled when I told him that we were just playing cards. “Well,” he continued, “we got a 911 call from this residence.” Hmmm . . . it seems as though the kids were having even more fun that we thought! The other moms then went upstairs to see what the children were up to and discovered the “guilty party” – a sweet little girl who was simply practicing what her mother had been teaching her in the previous few weeks. (Phew, it wasn’t my child!) Despite the fact that this little one’s mother had told her only to use 911 in a REAL EMERGENCY, the child apparently wanted to check out the validity of her mother’s promise that this number would indeed bring help.

I don’t recall who’s idea it was to have the police chief speak with the children and remind them that dialing 911 was not for play time but let me tell you, there’s nothing like hearing that message from a big man in a uniform to drive the point home. But, of course, his purpose was not to instill fear, just to gently point out the dangers of “crying wolf.”

In the end, I think the Police Chief was relieved to get out of this house full of women and children and back to his squad car. You can imagine then how annoyed he must have been when his car got stuck in the snow and ice. A few of us noticed him rocking the car back and forth as he attempted to find enough traction to propel the car forward. Since he was going nowhere fast, we threw on our boots and went out to give him a push. He was quickly freed and drove off without even a nod of the head which, to be honest, I found kind of odd. I mean really, “Minnesota nice” practically dictates that you thank the person who rescues you in the midst of winter.

A few minutes later the phone rang (although I think by now someone had unplugged the upstairs extension.) The woman on the other end identified herself as the police dispatcher and said the chief had asked her to call and thank us for our help. So, Minnesota nice showed up a little bit late but then again, the poor guy had just escaped from the chaos.

The other day I had lunch with the friend whose house we were at and we got to laughing about the little 911 escapade that took place so many years ago. That poor police chief would have probably been more comfortable dealing with a domestic disturbance than with a houseful of women and energetic children.

I have to admit that today the very thought of trying to play 500 with a bunch of kids running around is more than a little intimidating but back then, I LOVED those days. You see, it wasn’t really about playing cards, or even about the pre-game potluck, it was more about connecting with women who were sitting in the same life stage I was. We shared recipes, discipline tactics, life issues, dreams, and lots of laughs. I’m not sure why we ever stopped but my guess is that life simply moved on; moms went back to work when their kids entered school, part of the group moved away, and others just got busy in their own little worlds.

Today a lot of this “connection” happens via social media and really, I’m a huge fan of social media so I’m not here to knock it. But Facebook, Twitter, and the like can’t replace time together – in person – within touching and hugging distance. It just can’t. Because when you laugh alone, it’s good. But when you laugh with friends it’s contagious, and lasts longer, and for reasons I’ll never understand, it improves your health. And when you’re sad and need a boost there’s nothing that can replace a friend (or a bunch of friends) giving you a hug or a simple pat on the arm.

Do you need to make “time with friends” more of a priority in your own life? I think I’m going to add that to my list of goals for this year. I think I’ll call it my “Party ‘til the Police Come” resolution.

Won’t you join me for Coffee for your heart with Holley Gerth this week? She’s an amazing encourager!

2 comments on “Party ’til the Police Come”