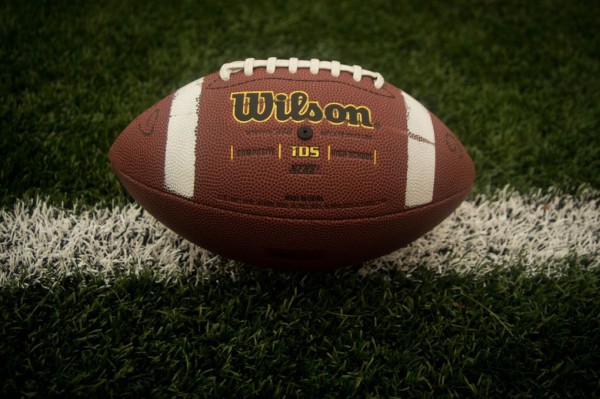 My knowledge about football, were it extracted from my brain, would maybe fill a thimble. While I’m not a football fanatic and rarely watch a game, I do understand the basic rules of the sport. And, I almost always watch the Super Bowl game because, well, it’s the Super Bowl after all and it seems practically un-American not to watch it.

This year was no exception. Granted the first half of the game was viewed with two of my grandchildren in the room which means the game only got a cursory glance. The second half of the game, however, garnered more of my attention but there was still some multi-tasking going on until the last few minutes. Yes, THOSE minutes when what has since been referred to as “the worst play call in history” happened. I have to admit that last week, in the midst of a discussion about the game, even I said, “Yes, I probably would have run the ball rather than throwing a pass on the one-yard line.” Of course what I meant was I would have TOLD someone to run it, because I have no intentions of ever donning a football uniform. Seriously, though, like I have a clue. Please refer back to said thimble. Honestly, I’m still baffled by the fact that in football you start a play, in which you want to move the ball forward, by throwing it backwards. It just seems counter-intuitive.

I will also admit, I didn’t have a clue who Pete Carroll was before watching the Super Bowl game. Actually, if I am going to offer full disclosure, I didn’t even figure out until Thursday of this past week that he is the head coach of the Seahawks. (I warned you. I know nothing about football! Even this new piece of information is not causing my thimbleful of knowledge to overflow.) Thursday is when I watched a small clip of the interview NBC’s Matt Lauer did with Coach Carroll. It was during this interview that I learned a few things from Pete:

NEVER GIVE UP – The New England Patriots scored what turned out to be their winning touchdown with less than three minutes left on the game clock. At that point my husband said, “Well, it looks like the Seahawks have lost the game.” I immediately responded with, “Oh come on, there are two-and-a-half minutes left!” Even I know that 2.5 minutes on the clock can translate into 20 more minutes of football! Anything can happen in 2.5 minutes – anything! And sure enough, had the infamous pass not be intercepted, the Seahawks would have won the game. It makes me wonder if there are things I have given up on too soon simply because I believed the story was done being written.

DON’T LET ONE MOMENT DEFINE WHO YOU ARE – Pete Carroll’s team got to the Super Bowl for the second year in a row, beating out 30 other teams. They have done so by following a process; a set of plays that they have practiced over and over and over again. The call Pete made was based on that process. Was it a bad call? Maybe. But like he said, “Had it worked, it would have been a great call.” Everyone (and by everyone I’m really only talking about everyone who knows anything about football) would expect a coach to call for his team to run the ball when they are on the one-yard-line. Maybe doing something different isn’t such a dumb idea. Despite the result, it doesn’t negate the fact that the Seahawks were actually AT the Super Bowl; the Minnesota Vikings (and 29 other teams) weren’t.

We all make mistakes. If we allow those mistakes to define who we are we will always be losers. But when we can learn from our mistakes they will propel us forward towards great things. Which brings me to the next life lesson . . .

KEEP MOVING FORWARD – Every time we mess up we have a choice to make. We can beat ourselves up for years to come or we can try again. I don’t know about you, but I’ve done some stupid things in my life. Really stupid. I can stay stuck in those stupid moments and beat myself up every single day for the rest of my life or I can offer them up to God, repent and keep moving towards the great things He has planned for me. I don’t know if Pete Carroll knows God but I can assure you of this; our stories, neither Pete’s, yours, nor mine is done being written. There is still plenty of time for our story to become a story of victory.

Good lessons, don’t you think? Never give up, don’t let one moment define who you are, and keep moving forward. Maybe I should watch football more often. Nah.

Never forget that God is using your life to write a story. It’s going to be a great one!

4 comments on “Life Lessons I Learned from Pete Carroll”