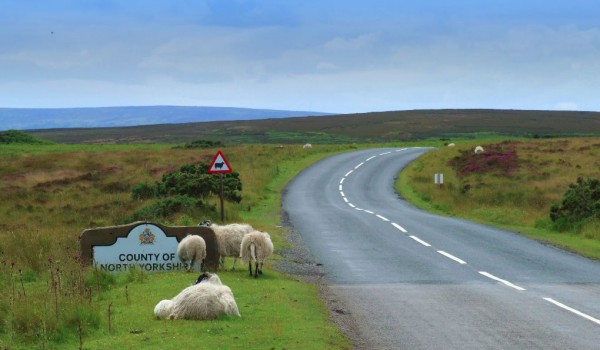 At the beginning of the year I picked out a number of books to read based on a list I found on the Internet. I thought it would help me branch out a bit from my regular reading fare.

As it turns out, my quest to read a larger variety of books has not only broadened my literary horizons but has taught me a little bit about myself, too. For instance, there is a limit as to how many books I can read about war. As my friend says, “I have a sensitive spirit” and get upset quite easily by man’s inhumanity to man which is basically what war is all about. I just prefer not to fill my mind with things that I find disturbing. (And yet NCIS is one of my favorite television shows. Okay, I’m odd.) At the very least, if a book has to be upsetting then it needs to have some redemptive quality to it for me to give it two thumbs up.

Such was not the case for: All the Light We Cannot See by Anthony Doerr. I hesitate to say I didn’t really enjoy this book. I know many people who loved it. In fact, my friend told me that her entire book club said it was one of the best books they’ve ever read. This baffles me; as do the over 6000 five-star reviews on Amazon, and the fact that is was a National Book Award Finalist. No doubt there is some excellent writing in this book but, to be honest, I felt it kind of spiraled downwards as the book drew to a close. Like I said, I may not be cut out for war books. This historical fiction takes place during World War II and centers around a young, blind, French girl, Marie-Laure, and an orphaned German boy named Werner. There really is a very beautiful story that intertwines the lives of these two characters and I fell in love with both of them but, as I mentioned, man’s inhumanity to man was hard for me to deal with. And, in this book I felt as though some of the nastiness was added rather gratuitously. There could have been a beautiful ending to this story, about 100 pages before it actually ended. Maybe that’s my problem; I need a feel good kind of conclusion and life isn’t always like that. At least I can cross off “Book with a Blue Cover” from my 2015 reading list!

You may be wondering why I hesitated to say I really didn’t care for the book. Here’s why: AFTER I finished reading it I read some of the one-star reviews on Amazon and even agreed with a few (though I did not write one). It was the responses to the reviews that bothered me. It seemed that some of the people who LOVED the book (the majority of the reviewers to be sure) felt compelled to criticize the intelligence of the people who didn’t appreciate it. I kind of wanted to respond to their criticism by saying, “There’s no need to get mean, people. Books are like cars – we don’t all have to like the same ones.”

My opinion on All the Light We Cannot See is simply that – my opinion – based on my personal likes and dislikes. You might LOVE this book. I have many friends who did, and plenty who didn’t.

The Orphan Train by Christina Baker Kline is based on a period in American history that I’ve really heard little about. Between 1853 and the late 1920’s orphaned children in overcrowded cities on the East Coast were loaded onto trains, taken to the Midwest and, in a manner of speaking, put up for adoption. As the train stopped in various Midwestern cities the children were paraded onto a platform where they were chosen by new parents. Some were chosen based on a couple’s desire for a family and others were chosen based on the child’s ability to help on the farm or with the household chores. This kind of treatment is beyond my comprehension!

The Orphan Train intertwines the stories of Vivian, an older woman who rode an orphan train as a young girl, and Molly, who is about to age out of foster care and is currently living with a family who is less than thrilled with her presence. Through flashbacks you read Vivian’s story as she and Molly cultivate an unusual friendship. Obviously there was quite a bit of sadness in this book, too but I’m glad I read it. It didn’t hurt, of course, that I could tell from the beginning it was going to end well. I highly recommend it.

My friend, who loves to read as much as I do, recommended a book to me that she had just finished reading it and very much enjoyed. Less than two days later I saw it on the list of discounted Kindle books for only $1.99. I figured it must be a sign – I could have been wrong. Nonetheless, this is how I ended up reading The Unlikely Pilgrimage of Harold Fry by Rachel Joyce.

This story begins when Harold, who has recently retired, gets a letter in the mail from a former co-worker, Queenie Hennessy. Queenie is writing to tell Harold she is dying. Harold has always been short on words and is actually kind of a quiet, non-confrontational kind of guy. He writes a note to Queenie and takes off on a short walk to the mailbox to post his letter. When he gets to the first mailbox, he decides to walk to the next one, and then the next and suddenly he decides to walk across England to deliver the letter in person, except he’s totally unprepared for such a trip. He believes Queenie will live as long as he keeps walking. As Harold walks, he thinks . . . about his wife, about his son, and about his life. Although I’ve never been a distance walker myself I do know how walking inspires thinking and boy does Harold have a lot to think about.

Part of the story was a little depressing and dragged a bit; Harold hasn’t had an easy life. But, other sections of the book were encouraging and it didn’t turn out at all like I thought it would. Overall I’d say it has some very redemptive qualities. You might enjoy it. Then again, like I said earlier, “Books are like cars – we don’t all have to like the same ones.” (And I drive a mini-van so you might want to base your decision on that alone.)

What’s amazing is that just by reading three books I’ve traveled to cities in France and Germany, almost all of England, and 1920’s era New York and Minnesota. What I need now is a warm beach! What should I read next?

4 comments on “Traveling the World Through Books”