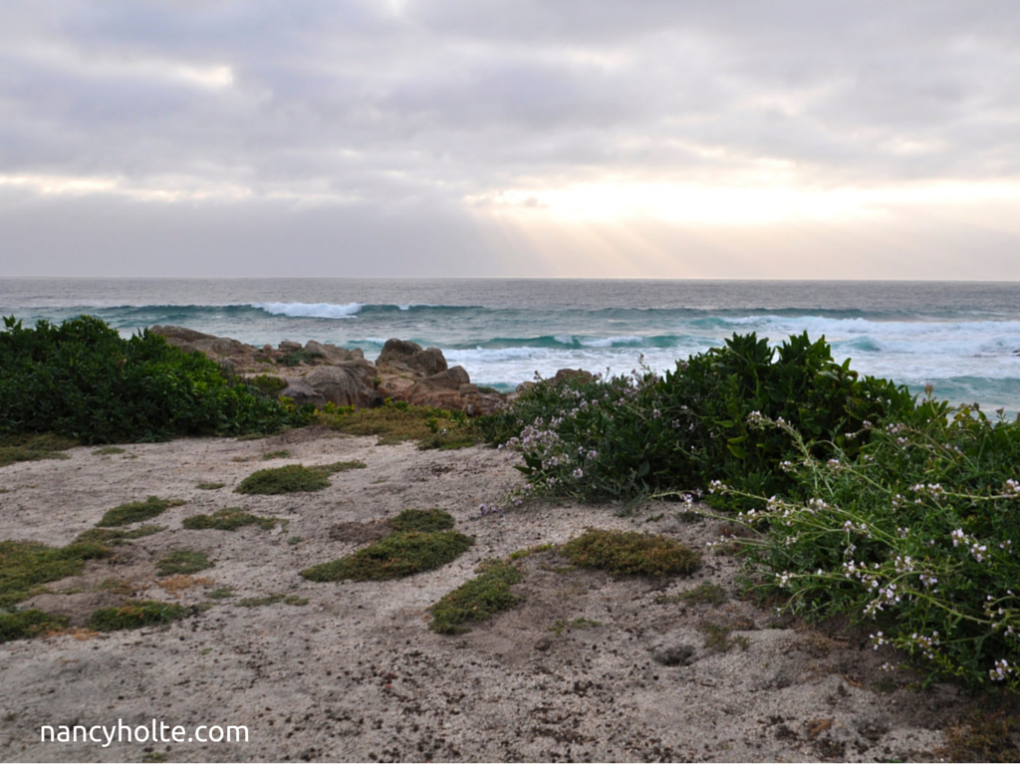 Last Wednesday I flew to California to visit my parents. I was flying on an airline I don’t normally use and thus have no frequent flyer status or even an airline credit card that would allow me to be one of the first four dozen people onto the plane rather than one of the last four. I pondered this issue as I sat in the waiting area. “Man,” I thought, “I feel like such a peon today without any perks whatsoever!” Drama much?

When I got on the plane I noticed my seat was almost directly across from a bathroom – a bathroom that hadn’t been visible on the online seating chart when I made my reservation. I commented about the previously unmentioned bathroom to the flight attendant in what might have been construed as a complaining tone as though she had anything to do with it’s lack of visibility on the internet. Then I posted my “complaint” on Facebook like anyone really cared.

Once settled into my seat, I opened my Kindle to read Thrill Sequence,* a book written by my pastor, Rob Ketterling. A friend had mentioned chapter seven was particularly good and I was ready to read it. Let me just say if “good” translates to “convicting” then yes, it was VERY good. You see, chapter seven is titled, “Is Pleasure Bad?” In this chapter, Pastor Rob talks about how we sometimes idolize the things that bring us pleasure more than the things of God. Things, I suppose, like frequent flyer perks.

You probably know the Israelites’ story of escaping slavery in Egypt to head to the Promised Land. While they were moving from one place to the other they were detained in the wilderness, mostly due to their whining. They complained all the time! And when I read of their plight in the book of Exodus I am baffled by their lack of gratefulness in light of all God was providing for them. When they had no food God provided manna for them to eat every day, enough to fill their stomachs and give them energy for their daily tasks. In Thrill Sequence Pastor Rob says, “The daily manna collection was an opportunity for the Israelites to celebrate God’s goodness and to worship Him. But they turned worship into wailing by focusing on their wants.” Ouch! I might be an Israelite!

As I read about the Israelites it occurred to me they were so set on complaining they forgot to thank God for what He’d provided! What if God’s original plan had been to surprise them with something far more delicious than manna if only they’d simply thanked Him for His provision? Here’s a thought, what if God had planned to move me up to one of those empty first-class seats once I’d remembered to thank Him for the one He’d provided me; the one on the aisle with an empty seat next to it. What if?

In November I wrote a post about a challenge I’d heard on a podcast to end every sentence with “and that’s just they way I want it.” Oh how quickly I forget! (I covered my forgetfulness issue last week.) Had I thought my sentence out like this, “That bathroom wasn’t noted on the online seating chart . . . and that’s just the way I want it,” I might have kept my little whiny moment to myself. But instead I shared my “I deserve better than this” attitude with the world – at least my Facebook world.

I read a quote once that said, “What if you woke up today with only the things you thanked God for yesterday?” I’ve gotta say, some days would be pretty pathetic if such were the case. Why is it so much easier to complain than to praise and give thanks? I have so much for which to be grateful even in this short trip to California; parents who are still alive and doing well, the fact they live in one of the most beautiful locations on the planet, and my ability to afford a plane ticket which allows me to get there in a few short hours.

I don’t know about you, but I’m going to try (once again) to focus on my many blessings and eliminate the complaining. We’ll see if I can last longer than a week this time. Is there something you need to thank God for today?

*I’d like to offer you a chance to win a free autographed copy of Pastor Rob’s book, Thrill Sequence. Simply leave a comment on my blog today and you’ll be entered into a drawing! I will contact the winner by email and announce it here next week.

Thank you to Holley Gerth who so graciously allows others to link up to her blog each week. She’s has a great blog you might want to check out!