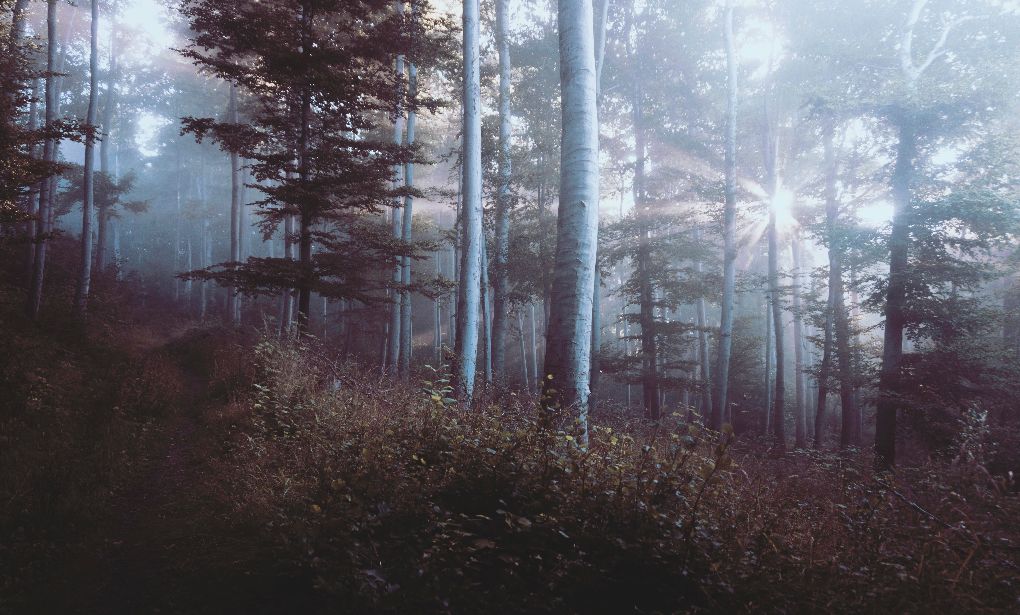 There is a story in Genesis 16 about a woman named Hagar. Hagar was Sarai’s (later called Sarah) servant. Sarai had this hair-brained idea that since she wasn’t getting pregnant she’d let her husband, Abram (later called Abraham) sleep with Hagar so he could have the heir God had promised him.

Sure enough, Hagar gets pregnant right away and that’s when things got ugly. Hagar wasn’t nice to Sarai and Sarai wasn’t being at all kind to Hagar either. I mean seriously, this is why men shouldn’t have two wives in the first place! Let’s just say that jealousy didn’t look pretty on Sarai (nor does it on anyone for that matter) and in Genesis 16:6 it says, “Then Sarai treated Hagar so harshly that she finally ran away.”

In verse seven we find the Angel of the Lord catching up with Hagar out in the wilderness. They have a little discussion about why she’s running away and God tells her to return to Sarai. Then he makes her a promise about the future of her son. After Hagar’s visit from the Angel of the Lord we read this in verses 13 – 14: “Thereafter, Hagar used another name to refer to the Lord, who had spoken to her. She said, “You are the God who sees me.” She also said, “Have I truly seen the One who sees me?”  So that well was named Beer-lahai-roi (which means “well of the Living One who sees me”).

The reason I shared this story today is because of something that happened in Estonia. John and I were talking to a couple that we’d met at the church we were working with. The wife, Grit (yes Grit, like what the southerners eat for breakfast, as she says) and I had met the night before at a women’s conference. She’d provided the amazing cupcakes for dessert and we’d gotten to know each other. (I may or may not have been eating a cupcake at the time.) As the men went off on their own discussion about who knows what Grit looked at me and said, “May I ask you a question?” “Sure,” I replied, and from there we left the men on their own to find a quiet place to talk. She then told me that as she’d been praying the Lord had given her a specific word in reference to me.

Allow me to interject here that having someone who either doesn’t know me at all, or knows me very little, come to me with something that the Lord told them in reference to my life has only happened to me a few times. I know, if this isn’t something you’ve experienced, it may seem a little crazy. But, it’s happened to me enough times now for me to trust that when God REALLY wants to get something through my thick skull he won’t stop short of using other people to deliver his message.

If you’ve been reading my blog for a while you may have seen snippets in my writings that indicate things haven’t exactly been easy. Nothing has been overly difficult (with the exception of John’s cancer treatment) but there’s just been an ongoing undercurrent of “not right” in my life. And, to be honest, I generally don’t like to share my “un-fun” stuff but, the truth is we all experience it and when we share the little and/or big annoyances of life with each other it just helps everyone feel a little bit more normal.

But that day in Estonia, when Grit came to me and told me the word God had given her I was surprised. How could she possibly know the path down which I’ve been walking had the Lord not told her? She didn’t solve any problems, or even really offer suggestions; she just listened to me as I shared my story.

I walked away feeling loved both by God and by Grit, the woman he chose to use to bless me that day. I knew in that moment that GOD SEES. He sees how much I need him and just wanted to remind me that he’s there. At the end of my conversation with Grit, it wasn’t only she who was hugging me–it was God. Remember my post about how Blessings following obedience? Well, this was my HUGE blessing that followed my obedience in going to Estonia.

But, God didn’t stop there; I guess he really wanted to drive his message home. Last weekend I attended the Women of Faith conference. As the speakers shared their stories I heard more than once, “God sees you, God knows you, and God loves you.”

The thing is it’s not just for me. It’s for you, too. Friend, whatever you are going through today let me assure you that God sees you! He sees you, he knows you, and he loves you more than you can possibly imagine.

For the eyes of the LORD range throughout the earth to strengthen those whose hearts are fully committed to him. (2 Chronicles 16:9)