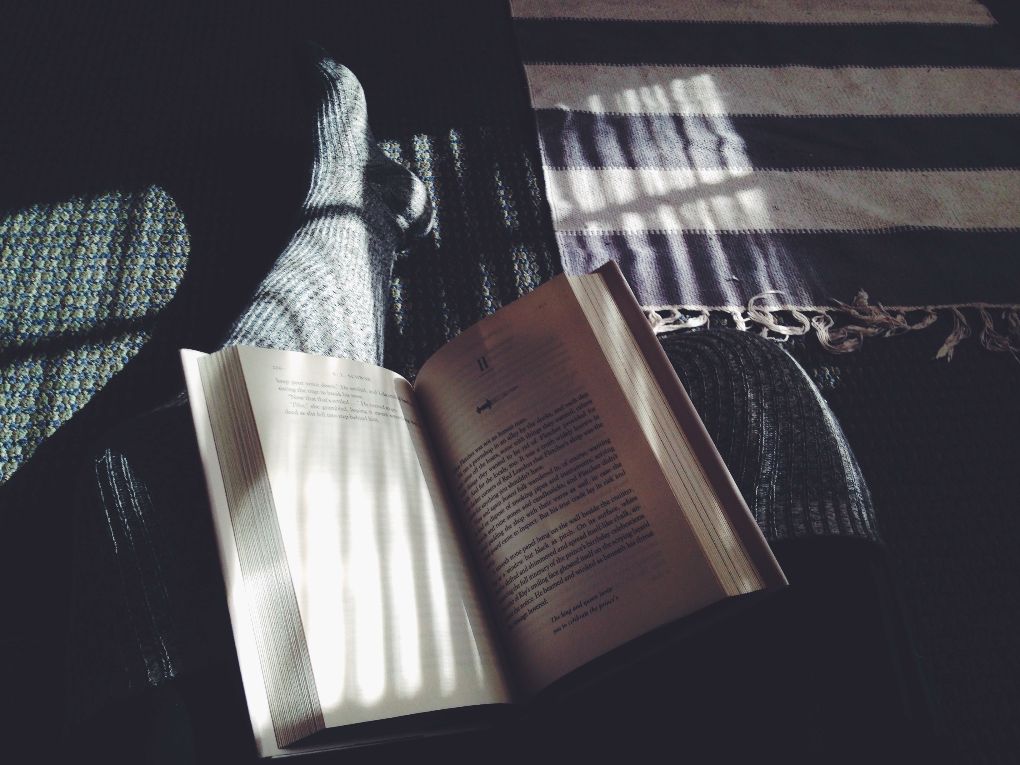 Do you remember the Reading Challenge I posted for 2016? If you joined in, how are you doing? If not, that’s okay, maybe you’re just looking for one good book. Either way, I’ve got a few suggestions for you. Only one of these books was pre-picked for my 2016 reading list but hey, I can’t review every book I’ve read. Well, I could, but I won’t.

The Centurion’s Wife by Janette Oke and Davis Bunn

I’ve always been a fan of Janette Oke so when this book she coauthored with Davis Bunn came up for free on Kindle I downloaded a copy. The story takes place in 33AD the week after Jesus has risen from the dead. The centurion in this book is based on the Roman soldier found in Luke 7 who sent Jewish elders to ask Jesus to heal his valued servant. As Jesus, and the elders are on their way to heal the servant, the centurion sends his friend to say, “Lord, don’t trouble yourself by coming to my home, for I am not worthy of such an honor. I am not even worthy to come and meet you. Just say the word from where you are, and my servant will be healed.” (Luke 7:6b-7)

That part of the story is true, as is the part about Jesus being sent to his crucifixion by Pontius Pilate and later rising from the dead. But the rest of the story is historical fiction and provides an interesting look into what life might have been like in those first few days after the tomb was found empty.

I got a little weighed down in details at the beginning of the book and told John I was going to stop reading it. But, as I started telling him the gist of the story I realized I wanted to see how it ended. From that point forward, I loved the book.

The centurion’s wife in this story is actually the slave girl who cares for Pontius Pilate’s wife. She also happens to be Pilate’s niece and technically, she’s not the centurion’s wife. The centurion makes a deal with Pilate for her hand in marriage but will he be able to keep up his part of the bargain? You’ll have to read it for yourself to see what happens.

The Book Thief by Markus Zusak

I’m generally late to the party when it comes to best-selling books, as was the case with The Book Thief. There was so much I didn’t like about this book, the subject matter (World War II), some of the characters, and the language (I know people talk like that but really – stop it!). Then again, there were characters I loved and still think about even now, two months after finishing the book.

A young girl, Liesel is put into foster care by her mother without really explaining the reason why. She starts have regular night terrors and bedwetting incidents, which always bring her foster father to her side. It takes time to get  Liesel calm enough to sleep again so he decides to use that time to teach her to read. Her ensuing love of books and her foster parent’s lack of money (with a little bit of anger thrown in) turn Liesel into a book thief.

Though the subject matter makes the book a challenging read an underlying theme of devotion, friendship and love is beautifully portrayed. I have to admit, I breathed a huge sigh of relief as I turned the last page and yet, I don’t regret the time spent reading it.

Max starts this book by telling of three people he’s ministered to who were going through life-altering trials. Each situation was different but his answer was always the same, “You’ll get through this. It won’t be painless. It won’t be quick. But God will use this mess for good. In the meantime don’t be foolish or naïve. But don’t despair either. With God’s help you will get through this.”

At first I thought his answer was a little glib. I have friends going through some really tough stuff and quite honestly, I think I’d lose some of them if I said something like this. But, Max isn’t callous or mean. He uses the story of Joseph – the one of multi-colored coat fame – to show us how God takes horrible circumstances and uses them to weave an amazing tapestry of life.

Sometimes we look at the story of Joseph (Genesis 37 – 50) and think, “What a great story.” But the truth is Joseph’s story is one of abandonment, trials, betrayal, and an extended time in a nasty prison. In Joseph’s day there was no such thing as prison reform. The man lived in a dungeon – no windows, no prison yard, no basketball gym. So yeah, Joseph spent a great deal of his life living through some pretty tough stuff. In the end though, he was able to say to the brothers who abandoned him, “You intended to harm me, but God intended it all for good. He brought me to this position so I could save the lives of many people.” (Genesis 50:20)

What if we knew our story, our struggle, our pain would save lives? That’s kind of mind-blowing. If you’re going through a tough time right now, get yourself a copy of this book. If you aren’t, read it anyway. It’s a good book.

On my 2016 Reading Challenge Pinterest page I have pinned all the books I’ve read, or plan to read this year. There is a double asterisk in front of the ones I’ve not yet completed and a short summary under the ones I have finished.

How about you? Read any good books lately?