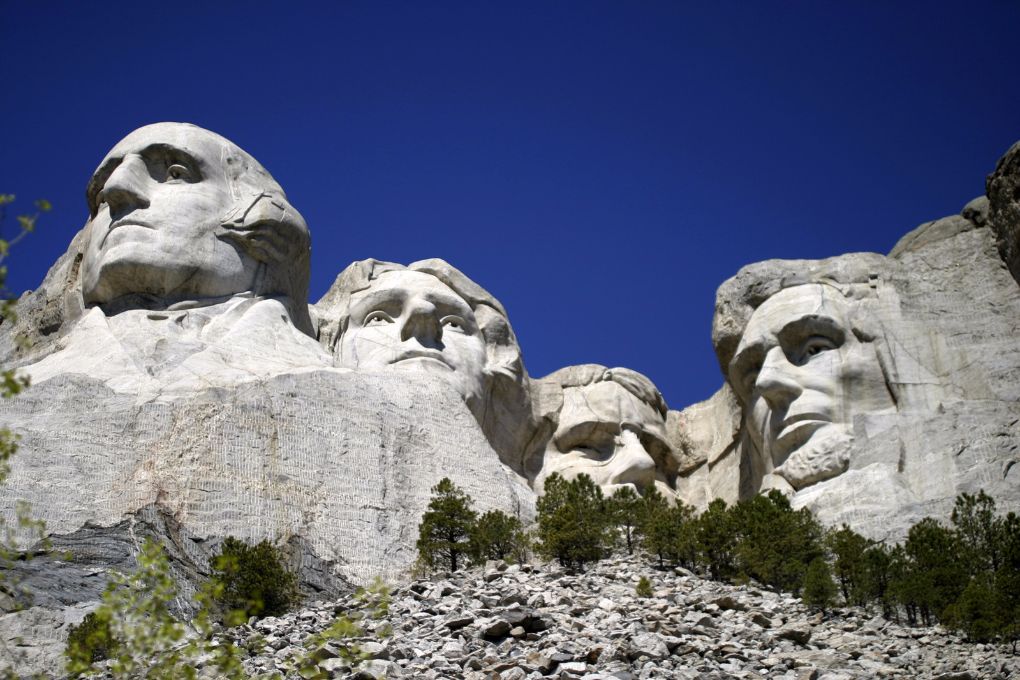 It’s that time of year. Time to start thinking about family vacations!

First off, let’s talk about the difference between a trip and a vacation. In my mind, vacations are relaxing. They happen in lovely locations, someone makes your bed every day, and food shows up with absolutely no effort on your part. Trips, on the other hand, while fun, require a fair amount of work. When talking to your kids about spending time away from home together you can refer to it as a vacation, but when you come home wondering why you’re so exhausted from vacation, you’ll know you were on a trip.

One year, we decided to make a family vacation out of a cross-country trip to a cousin’s wedding in Colorado.

Between our house and anything worth stopping for, there is almost the entire state of South Dakota. We set off on our first day, hearts set on getting to Wall, SD, home of the famous Wall Drug – total miles 534. Our three boys were 6, 11, and 15 at the time, the oldest having his driver’s permit. Permit boy was anxious to drive which was fine by us because we weren’t nearly as enthralled with the idea. Two main things kept us entertained as we traveled across I-90, the Lion King soundtrack and the signs for Wall Drug. Most of the signs aren’t anything special, they’re just fun to hunt for in amongst the cornfields. As for the Lion King soundtrack, it disappeared shortly after our return home.

Don’t panic, I’m not going to give you the day-by-day synopsis of our trip. That would require that I actually remember it. But, I can tell you we hit up plenty of the local touristy places while we were in South Dakota. We visited the Badlands, Mount Rushmore, and Jewel Cave National Monument. Everyone seemed to have had fun despite the occasional arguments in the back seat.

Personally, I thought the Jewel Cave was pretty much the highlight of the trip (other than the wedding, of course). It was massive, beautiful, and not at all claustrophobic!

We had told the kids that before leaving South Dakota we were going to Evan’s Plunge hot spring pool and waterslide in the city of Hot Springs. I had grand visions of soaking in the hot spring water while the children swam and played. What I hadn’t realized was the “beautiful” hot spring pool was INSIDE a metal building, where at least 100 kids swam, played, and squealed! This trip took place before the Internet was commonplace so the only pictures I had were on a brochure sent by the South Dakota tourism people. Yes, I’m that old.

The metal building was only one of the surprises. The admission fees were the other. Of course, we’d already promised the kids so we bit the bullet, paid the fees, and went swimming. Do you have any idea how loud it is inside a metal building filled with the sweet squeals of 100 children bouncing off the walls? Let’s just say it was not at all the relaxing morning I was anticipating! Really, it was more like a nightmare, which I left with a horrid headache, and a fair amount of crabbiness.

For this particular trip I’d also purchased a book that had information about historic and/or interesting sights within a few miles of the major interstates. I think it might have been National Geographic’s Crossing America: Guide to the Interstates but like I said, it’s been a few years. I have no idea how I found it, but it proved to be quite useful. We had to stop once in Colorado for our overheated engine to cool down and while we were sitting by the side of the road I discovered that Buffalo Bill’s gravesite was just a few miles from the next exit. When I said, “Who wants to visit Buffalo Bill’s gravesite?” our then six-year-old child jumped at the opportunity. I’m 99.9% certain he’d never heard of Buffalo Bill, but we went nonetheless. And the crazy thing is, it was a beautiful spot and we haven’t been back to Denver once without visiting.

As you can see, we covered quit a bit of terrain during our 9-day trip. As we headed up the highway that brought us home we asked the kids what was their favorite part of our vacation. You’ve probably already guessed – Evan’s Plunge, the loud, crabby mom inducing, metal enclosed water park!

So, my advice? Save yourself the trouble, go straight to the waterpark, spend the day, and come home. No, I’m kidding. Get out there and see America. It’s a great country! And, you’ll make some great, laughter-inducing memories to last you for years.