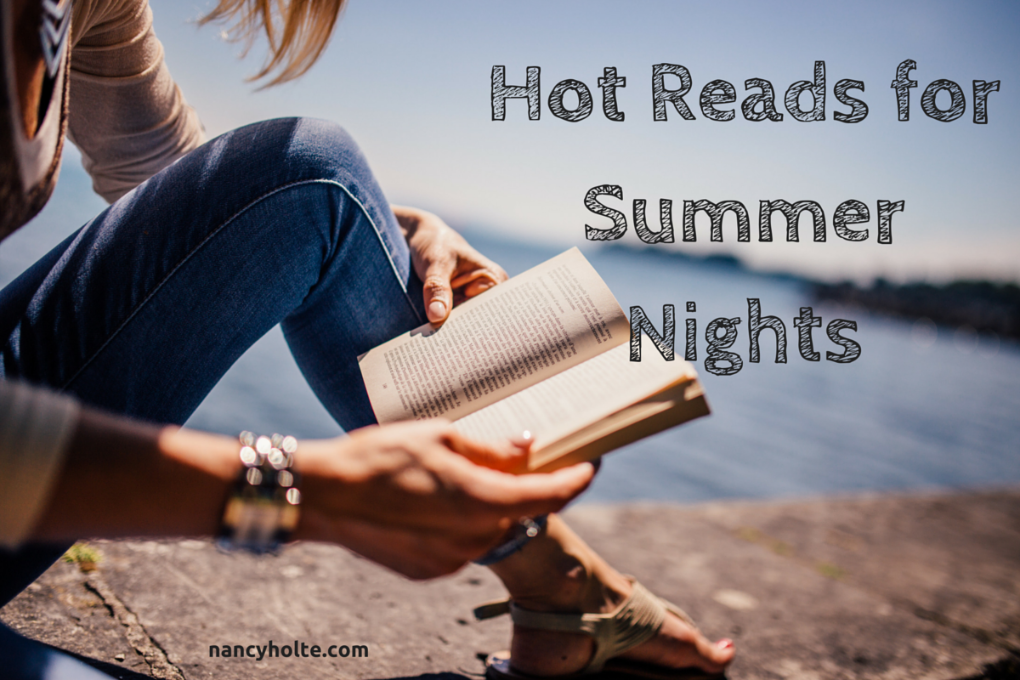 Ah, summer. Time to relax, lie on the hammock, or sit at the beach, and read a book. That’s how it goes in my mind, anyway. Now, if I could just get it to play out that way in real life. Nonetheless, I do manage to sneak in a few minutes of reading before I turn out the light at the end of the day. And, then there are the days when I just HAVE to read because I’m so engrossed in the story, and really, who needs clean clothes and dinner anyway?

So, whether you’re looking for a good book to take to the beach, the cabin, the hammock, or to bed, let me share some of my recent favorites.

The Columbus Affair by Steve Berry (Historical Fiction) – Much of this book is fiction, but the parts that are historical kind of surprised me. For instance, did you know it’s believed that Columbus was Jewish? And, it’s also believed that two Jewish “Conversos” (Jews who “converted” to Christianity to avoid getting kicked out of Spain) actually funded his trip in 1492? Who knew, right? The fictional part of this book is based around a Pulitzer prize-winning investigative journalist whose reputation and job went down the drain when one of his stories was proven to be fraudulent. He’s ready to take his own life when a stranger arrives with the news his estranged daughter is being held hostage. From there his quest to save her, and help find a long lost treasure, takes him to Vienna, Prague, and finally to the Blue Mountains of Jamaica, all the time not knowing who he can trust. This gripping story held my attention to the very last page.

From Russia with Love by Susan May Warren (Christian Fiction) – An international smuggler, a young American woman trying to find the story behind her Russian roots, and a FSB agent trying to keep his eyes on both of them makes for a book filled with intrigue, romance, and plenty of twists. It’s one of the best books I’ve read this year. I had never even heard of Susan May Warren before and I assumed she was a new author. As is turns out, she has more than 30 books and a few awards to her name. How have I not heard of her? I’m looking forward to reading more of her books. And, bonus, right now, From Russia with Love is free on Kindle and Nook! In fact, I can only find them from either distributor in a digital format, but don’t despair my paper-loving friends, it was previously published under the title, Ekaterina and there are still a few copies left either new or used at both Amazon and Barnes and Noble.

Stuff Christians Like by Jonathan Acuff (Christian Humor) – If sarcasm escapes you, you probably won’t enjoy this book. But if you’re looking to add a little laughter into your life, this will fit the bill! We Christians are a funny bunch and Jonathan Acuff has managed to capture our oddities in a most entertaining way. For instance, when discussing the importance of Bible reading he talks about how it’s pretty heavily suggested our devotional time should happen in the morning. As he puts it, “God is an early bird; satan is a night owl. Everyone knows that.” That particular line might not hit your funny bone the way it hit mine. But, if you’re a night owl and struggle with early morning devotions the way I do, you’ve probably had these same thoughts. I’ve never laughed so hard or so often while reading a book. And, I told our campus pastor, Brandon Liebe, I’d give him a shout out for recommending this book. I dare say he enjoys laughing as much as I do. Laugher is good for what ails you. Really! It’s biblical!

Proverbs 17:22 “A cheerful heart is good medicine, but a broken spirit saps a person’s strength.”

Let me know what you’re reading, especially if you joined in for my 2016 Reading Challenge (and even if you didn’t.) I love to hear about great books!