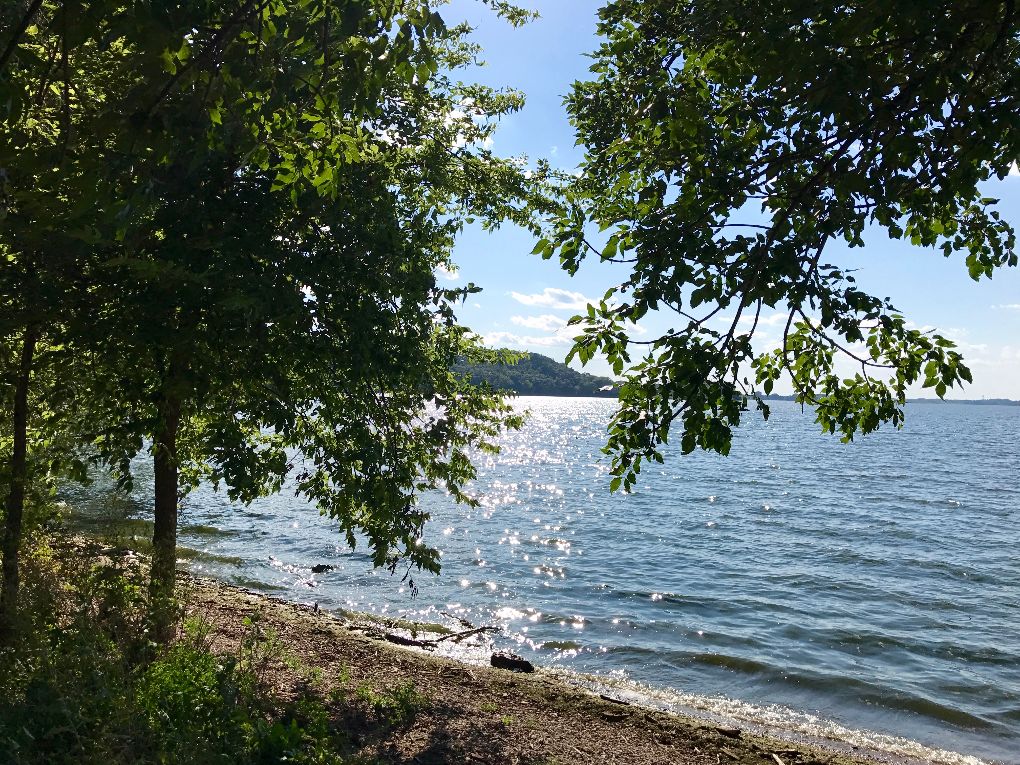 “She’s fearless,” we hear someone say about another person, usually after she’s done something crazy like walk on a tight rope over Niagara Falls. And yes, there are a few people in history who have been seemingly fearless in their attempts to accomplish unbelievable feats. But, at some time or another most of us experience a more ordinary, every day kind of fear. And, if we don’t deal with it we’ll find its horrible grip affecting every aspect of our lives.

Fear moves in when a perceived feeling of control is ripped from our hands. We try to take care of ourselves, and we get sick anyway. We decide to have a baby, and infertility rips away that dream. We have to admit we never really had the control in the first place. Or, as the saying goes, “The best-laid plans of mice and men often go awry.”

If you’re a regular reader you might remember I had a mild stroke last September. What you might not know is that after the fact, I was an emotional mess. I was living in fear that another stroke would happen, far worse than the first. Fear overshadowed every aspect of my life. My doctors had told me to go on with my normal life but that seemed impossible especially when I was crying all the time. Apparently, tearfulness after a stroke is normal (oh goody) and I suspect the fear I was experiencing is equally as normal but it’s no place to pitch a tent and spend the rest of your life. I needed to deal with the anxiety before it became a permanent companion.

One Sunday afternoon John was out of town so I had some time to myself. Truth be told, I ached to be at the ocean (my happy place) but the closest thing we have to an ocean in Minnesota is Lake Superior and it’s a three-hour drive from my house. The small, local lake would have to do. Thankfully, it was an unseasonably warm summer day so I headed to the lake with a blanket, my Bible, my iTunes music and my journal.

I’d recently read an idea of meditating on a Bible verse by writing it out and breaking it down word by word, defining each word along the way. What you end up with in the end is basically your own made-for-you translation of the Bible. It’s probably not something you’re going to want to publish but it might help you get the meaning of a verse into your heart and soul. And that’s exactly what I needed.

On that Sunday afternoon I focused on 2 Timothy 1:7 For God has not give us a spirit of fear; but of power, and of love, and of a sound mind. Keep in mind that, as I was journaling, my fear of having another stroke was foremost in my mind. Had I been fearful regarding something else, my thoughts might have taken me another direction. That said, my journal looked something like this:

For = Because
God = Creator of the Universe, Most High, The One who holds my life in His hands.
Has not given = Didn’t hand to me.
Us = all those who know Him, including me.
A spirit = the feeling within me. An attitude that pervades thought.
Of fear = dread, feeling that something bad is going to happen.
But = instead.
Of power = Capability of doing or accomplishing something, strength, might, force.
And = additionally, also.
Of love = deep affection, concern for the well being of others.
And = in addition.
Of a sound = solid, secure, whole.
Mind = that with which I think and feel.

When I put it all together it looked like this:

Because the great Creator of the universe, the Most High God, the one who holds my life, didn’t hand me, or any of us who know Him, a pervasive thought of dread. Instead He gives me the strength, might, and capability of accomplishing something for Him. Additionally, He gives me deep affection and concern for others, and holds great affection for me – so much that he willingly died for me! And there’s more! He gives me a solid, secure, whole mind with which to think and feel.

I don’t know that my adapted “Nancy Holte version” of 2 Timothy 1:7 is what took away the fear that was gripping my heart. I think instead, the fear diminished as I focused on God instead of my problems. It’s not like this was news to me. Things always go better when I focus on Him instead of whatever it is that’s bothering me. It’s just that sometimes I forget and slip back into my old ways.

I’m so thankful that the Holy Spirit reminds me to refocus and nudges me to spend time with my Heavenly Father. He loves me and wants me to give Him all the fear that comes my way. I can trust Him . . . so can you!