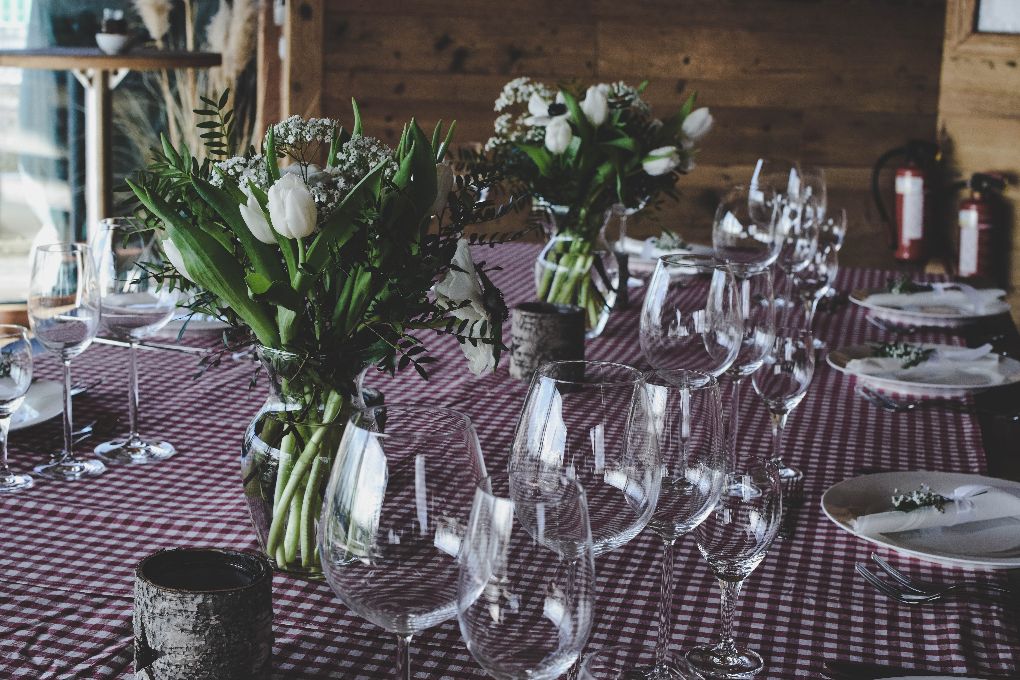 November starts the season of family gatherings, holiday parties, and sometimes a cookie exchange or two. For me, this time of year has always been a little stressful. You see, I want a Good Housekeeping kind of table setting but I don’t have a decorator’s kind of mind. Nor do I have access to the dishes and tableware that the designers at Good Housekeeping have.

I do have some beautiful stemware that was my mom’s but when I was younger I’d go to use it and was always frustrated to be two or three glasses short of enough for all my expected guests. This kind of stuff used to set me off in tears. Seriously! How dumb is that? To say I’d get a little stressed every time we had company is an understatement. I wanted to be one of those people who could effortlessly cook a fabulous dinner, set a beautiful table, and have soft, calming music playing when my guests walked in the door. Now that I’m in my 60’s I’ve finally concluded that I am not that person. I won’t ever be that person and it’s okay, because it’s not the table setting, or even the food that matters.

I think back through the years and the things I remember are what happened around the table, not the way the table was set. I don’t think anyone in my family has ever forgotten the time the napkin in the breadbasket caught on fire as it was being passed from one guest to another. Sure, it wasn’t so funny at the time, but now . . . hysterical!

I remember how my grandmother insisted on making a huge breakfast on Christmas morning with everyone getting a half-grapefruit with a cherry in the middle (except me, because I’m not a fan of grapefruit.) Until we were old enough to be patient, breakfast was always served after the opening of the presents although I suspect my dad may have snatched his daily bowl of corn flakes before we were even up.

There were times at John’s parents’ home, brother, sisters, and cousins squeezed around the enormous table in their dining room, when suddenly, seemingly out of nowhere, John and his brother would start laughing until tears were falling from their eyes. Their laughter was contagious and soon everyone at the table would be in hysterics . . . with no idea why.

Come to think of it, the same thing happens around our dining room table when the kids come home. One of them will remember a funny story and start laughing and soon we all join in. When our kids were younger, our oldest son, Paul, would sometimes start laughing and no one else would have a clue what was so funny. We’d ask him why he was laughing and he’d just shake his head and say, “Oh, it’s nothing.” Years later we found out he was telling himself jokes in his head and cracking himself up. He tells me he still does this.

Laughter is about the best thing to share around a table, isn’t it? It’s totally contagious and who doesn’t love to see their family, or their guests having fun?

This year I’m going to focus more on the family, or the friends gathered around my table. If I serve them frozen pizza on paper plates so be it. It’s not about the food; it’s about the time together. It’s about loving well, sharing stories, and maybe even enjoying a little (or a lot) of laughter.

By the way, the lack of a sufficient number of matching stemware was solved with a quick trip to Target. I now have a matched set of 12 water glasses and wine glasses, all for less than $30. They can be thrown in the dishwasher, and if they break it’s no big deal. Don’t get me wrong. I’ll still use my pretty dishes and stemware but if there’s not enough, or I don’t want to be bothered with pulling them down off the shelf, I won’t bemoan the problem. I’ll just pull out the paper plates and plastic cups. Because, in the end, people are more important than perfection.