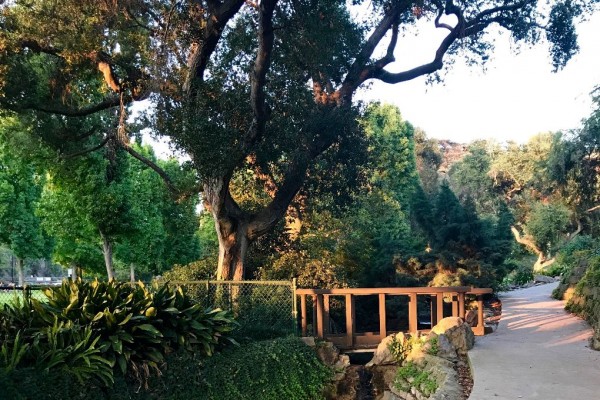 An invitation to a wedding reception for a dear friend provided the impetus it took to get me to return to my Southern California roots for a visit. I’ve been having so much fun seeing old friends and some of the stomping grounds from my childhood.

After the reception on Saturday I had some time to drive to my old neighborhood and see what has changed. I had been giving Siri way too much control over the routes I was taking, so I decided it was time to venture out using my memory, instead of my phone, for directions. Granted, I did need a brief look at a map so I didn’t end up on the other side of Los Angeles but with just a tad bit of a plan I ventured out. As I was driving I realized that I was close to my old high school and yet, sadly, I couldn’t even remember what street it was on. But knowing I was close, I pulled over, looked for the address, and found I was only two blocks away. Why not stop? I had nothing but time and inquisitiveness on my side. The front parking lot looked exactly the same although, from what I could determine, it’s no longer the entry to the school. That has moved to the “back” parking lot. A fence that has been installed since I graduated now surrounds the school. I’m not sure if it’s used to keep kids in or keep intruders out. Maybe both. 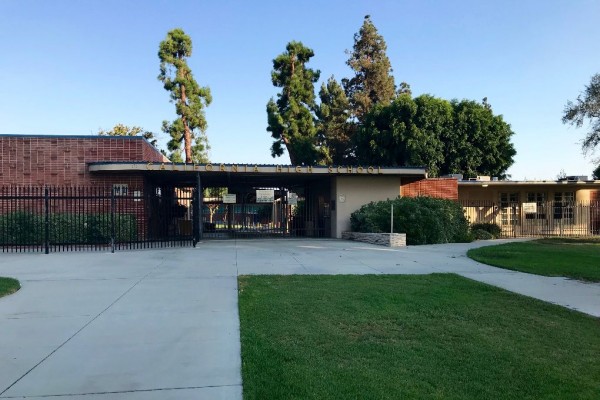 It was at this point that I decided to see if I could still get “home” from school. So, I headed up Mill Street towards Whittier Blvd. and found my way “home” using the same “short cut” I used in high school. I’m no longer convinced it’s actually the shortest way to my old house but it’s still, no doubt, the most interesting route, winding through neighborhoods and past some beautiful homes. The important thing is, I made it “home” without consulting my Maps app.

When I got to my street, I decided to park, walk around the old ‘hood, and take some pictures. If the neighbors had been peeking out their windows, I suspect the police would have shown up to question me. But, lucky for me, I didn’t hear any sirens.

This next picture is the house I lived in growing up. It’s changed A LOT since my parents moved out in 1999 but it looks nice. The gates on both sides of the house weren’t there when I was little, but I know the couple that moved in had small children and apparently it’s more dangerous to play in the street these days. Plus, we didn’t have a dog that you needed to “beware” of. 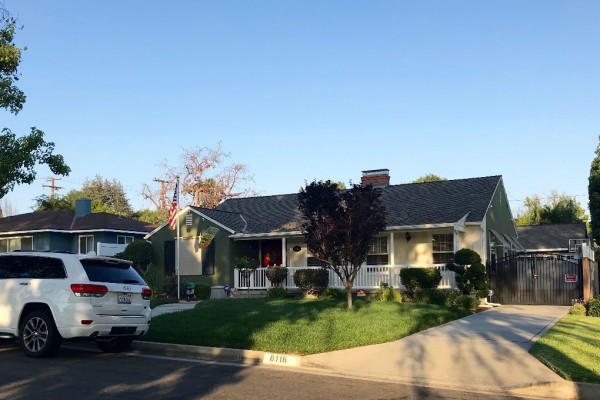 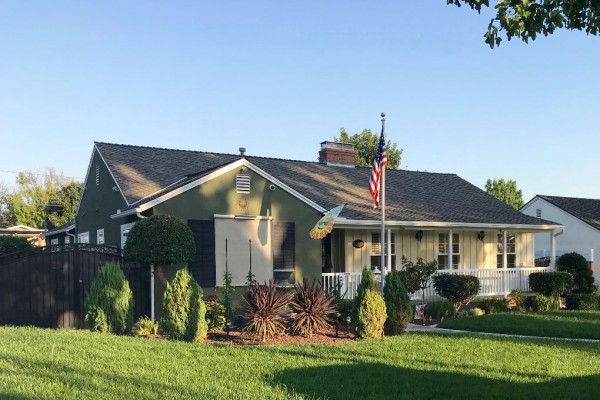 After I took a few pictures, and before the police showed up, I left and drove down the street to the park where we used to play. Everything about the park has changed except the hill in the middle, the ball field, and the bathroom. The bathroom is still as horrible as it was when I was a kid. There was no toilet paper to be found except for what was lying on the floor. Thankfully, I wasn’t desperate to use it.

I remember going to Easter Egg hunts at this park. We’d all be on one side of the park, a whistle would blow and we’d have to run up over the hill (or around it) and search for eggs. Being a rather slow runner, I never went home with very many eggs. Very traumatic! HA! 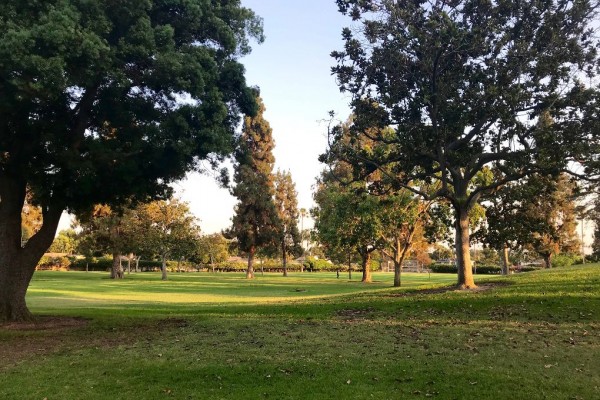 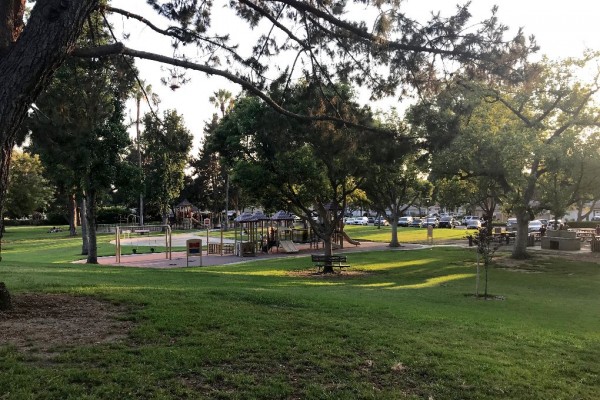 From here I drove up to one of my favorite areas of the city. Marsha Lane is a short, super steep hill, which leads to, or very close to, the “top of the city.” My brother tells me he used to skateboard on this street. If that’s true, you can be sure my mother was unaware. No mother would let her kids do that! Marsha heads up to Summit Drive, which circles around to a great park, which is truthfully, much better now than it was when I used to go there . . .  even the bathrooms. I remembered their being a creek that flowed down through the park that had a nice walking path around it. As it turns out, it’s more of a water feature, but whatever, it’s still a pleasant walk along the path. 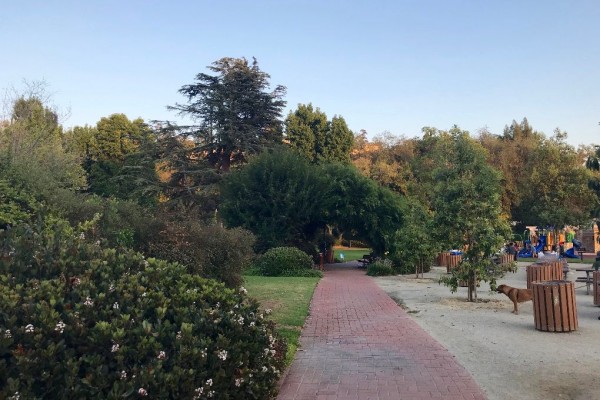 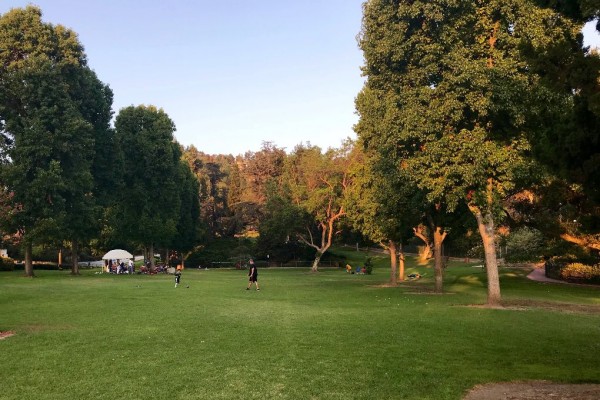 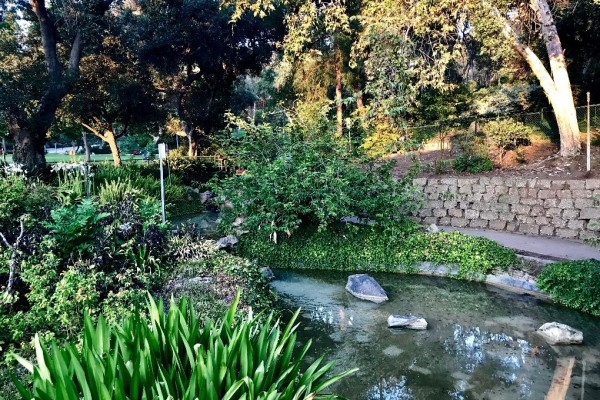 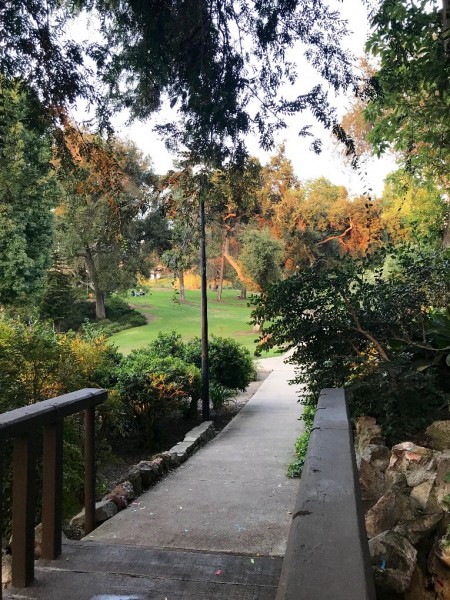 I drove a few other places before it got dark, and then circled back to Summit so I could take a picture of one of my favorite views—the city of Whittier at night. 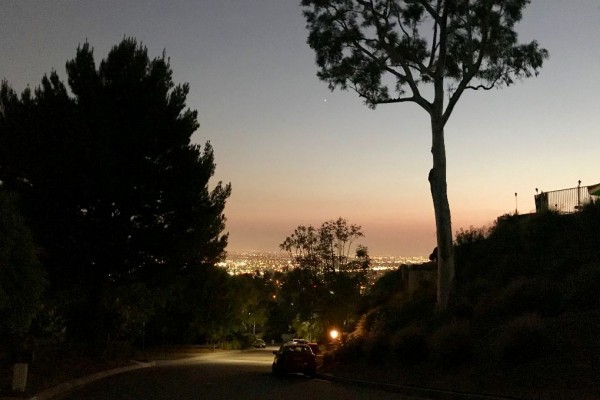 It’s all been a very fun blast from my past. I’ve been able to see lots of old friends, and recollect lots of good memories. Thanks for taking a peek at my journey with me.