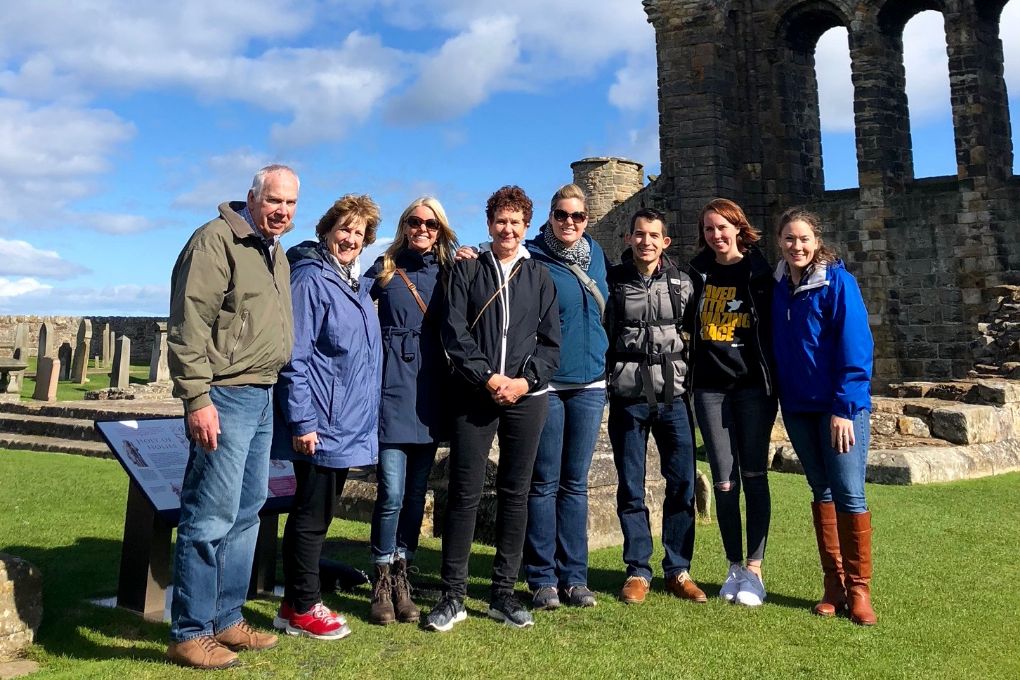 It’s been almost two weeks since John and I returned from a mission trip to Scotland. Every mission trip we’ve been on has been great, but this one made a huge impression on my heart. I’ve been trying to figure out for a week how to put my experience into words.

So, let me start by saying that when I tell people we were going, or had been, on a mission trip to Scotland, they look at me quizzically. Why would we’d go on a mission trip to Scotland—a country that seems well off, without any obvious needs? And yes, it’s true, that economically speaking, Scotland doesn’t need our help, but spiritually speaking, Scotland is starving. And, the government of Scotland isn’t fond of Christianity in general, and Christian missionaries in particular. That fact surprised me at first. But, truthfully, they have good reason for their distaste of all things “Christian.” Sadly, a lot of damage has been done in the name of Jesus. It’s best summed up by saying that power has the capacity to corrupt and confuse the message of the gospel. The more I learned about what “the church” has done in Scotland, the more clear the government’s skepticism became. It’s incredibly sad.

Nonetheless, “protecting” people from the truth of Christ has left a nation of people without hope. Many have turned to witchcraft, paganism, or atheism. Only about 3% of the people in Scotland claim to be followers of Christ.

So, what do a small group of Minnesota Christians do to share the gospel? Well, first off, let me assure you, we didn’t go through neighborhoods knocking on doors sharing the four spiritual laws with anyone we could hold down long enough to have them listen. In all honesty, we mostly prayed and encouraged the Christians that we met with. We worked with a church while we were there and several times we got together to pray with them for a revival in Scotland. At one of the services, I was able to share a teaching on prayer and it will surprise no one, I’m sure, that I learned so much more in my research for the teaching, than I could have possibly shared. I know I was encouraged to be more vigilant in prayer and hopefully, I was able to share that encouragement with the people I spoke to. It’s easy to give up praying when year after year, you don’t see the answers you are hoping for. But, I believe God doesn’t leave our prayers unanswered and sometimes we just need to keep praying God’s will down to earth. Many great revivals have happened as the result of a small group of people who have been diligent in prayer.

One afternoon we set up a street café where we gave away free coffee, tea, and hot chocolate. Apparently, people aren’t as leery of accepting free drinks in Scotland as they are in the United States, nor are their any health code regulations prohibiting such activity. Our hope was to get people into a conversation and if an opportunity presented itself, to share Christ’s love with them. If nothing else, it was an opportunity to share kindness with others, which is always a good thing. 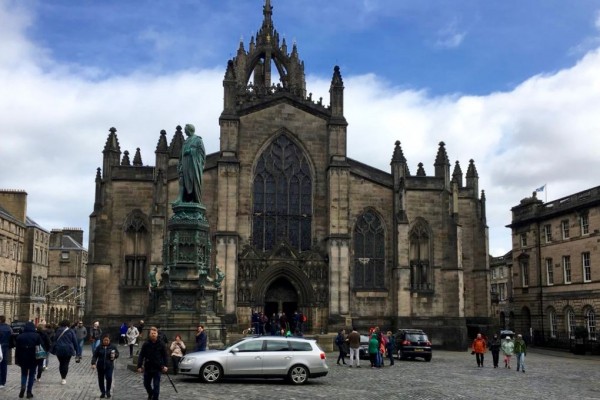 I would say that one of the most important things we did was to encourage the people in the church and the workers who are there from the United States. It is easy to get discouraged when it feels as though the entirety of hell is against you. We were able to show them some love, give them a break from their kids, and spend time praying with them.

Our team ranged in age from 21 to 68 years old—John being the oldest. It was like being part of a family for the week. I guess that would make us the grandparents in some respects, but I prefer to think of us as mentors. We all stayed together in a rental home, which was amazing because we had the opportunity to sit together in the evenings, have dinner, and talk about the day, which is rarely the case when we stay in a hotel. We even ended our week by sharing affirmations with each other—the things we witnessed in them and how God could use those attributes for his Kingdom. It was a powerful and encouraging time.

It would be nice if I could end by telling you that several people came to know Christ because of our efforts, but that is not the case. But, I’ve no doubt that God will use the seeds that we sowed into the lives of the people we met to make a difference for eternity.