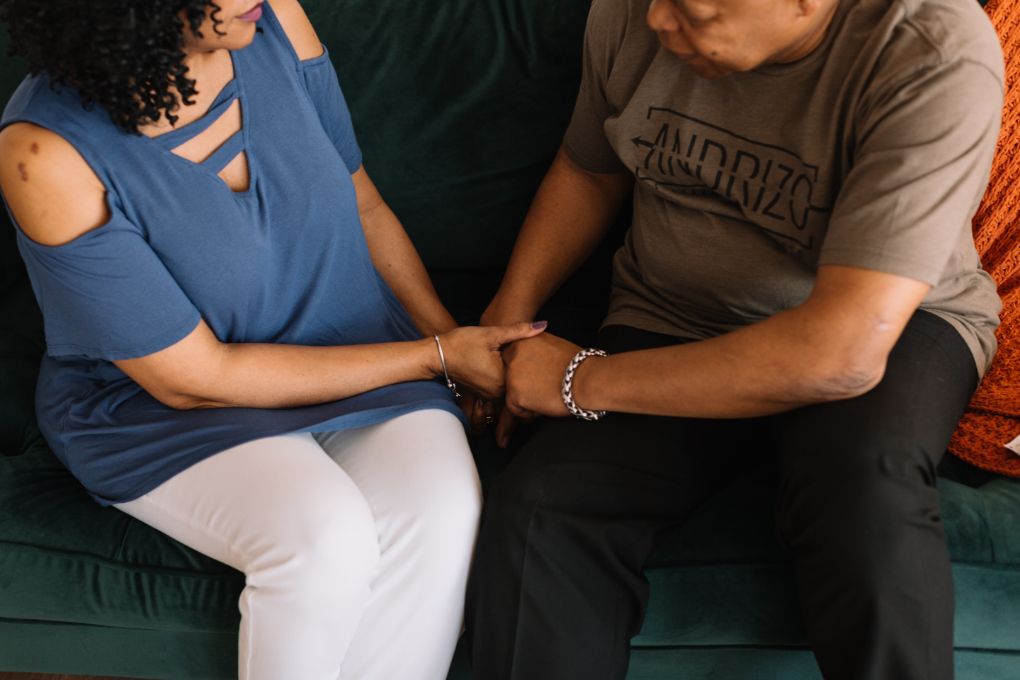 My friend Pat and I really don’t know each other very well. We see each other when we’re helping with women’s retreats and conferences, and at occasional meetings, but that’s about it. Because we’re part of a statewide women’s ministry called Bridging the Gap we’re often involved in the same text message threads. A few years ago I remember hearing that Pat and her husband were looking for jobs and each time he or she would have a job interview, I’d get a text message to pray for them. I never really knew all the circumstances behind their situation but I prayed anyway.

This past weekend, however, I had the chance to hear the rest of Pat’s story. First off, let me assure you that I’ve been given permission from Pat to share her story on my blog.  Secondly, the reason I’m sharing it is because I’m so impressed with how Pat and her husband handled the challenging circumstances in their life and their actions are ones I hope I can emulate when challenging situations arise in my life.

Several years ago Pat’s mom and dad were living in their own home and Pat’s dad started to struggle with some dementia. Pat’s mom was able to care for him up until her passing but he wasn’t able to live alone once she died. Pat and her husband were both working full-time, but they wanted to help her dad so they moved him into their home. His dementia was far enough along that they weren’t able to leave him alone during the day. Pat was able to adjust her schedule and work from home three days a week and hire a caretaker for the other two days. Pat quit her job to care for her father for the last two months of his life.

I believe it was just a couple of years after Pat’s dad moved in when he passed away. Two weeks after his passing Pat’s husband was let go from his position as VP of Marketing for a restaurant franchise company. At that time they had one child in college, and another still living at home. Fortunately, Pat’s husband received severance pay and they had some savings that would help them along for a bit. But, it wouldn’t last forever.

If you’ve ever walked through challenging times you know it’s easy to fall into a pity party and get very self-focused. I know I’ve done that. I spend so much time thinking about how awful whatever I’m walking through is that I forget other people have problems, too. But that’s not what Pat and her husband did. Oh, they may have done that for a few days, but’s it’s not where they parked themselves.

Instead, Pat and her husband decided this would be a good time to pray. Not for themselves, mind you, but for their friends. They sat down and started listing the needs of all their friends and acquaintances. It was quite a huge list. Every morning they spent about an hour together praying—seeking God on behalf of their friends. And sure enough, as time passed, they started putting check marks next to the names of the people they’d prayed for as God answered their prayers.

As they waited for their own miracle they just kept praying. For the next year they kept searching for a job—an entry-level job, one in their field, or anything really. Nothing. Not one job was opened up for them despite their best efforts in looking. Nonetheless, they persevered in prayer for their friends.  Isn’t that awesome? It would have been so easy for them to wallow in self-pity over the challenges they were facing but instead they decided to focus on the needs of others. Wow!

Eventually, they both got amazing jobs again—jobs they enjoy, but my guess is that they haven’t stopped praying for their friends. Prayer is powerful stuff. It has the power to change lives whether you’re the person doing the praying or the person being prayed for.

Can I pray for you today? Just leave a comment and let me know how you’d like to see God move in your life. I’d be happy to include you in my prayers.